This sweet engagement session from Limelight Photography has really got me in the mood for warmer weather!  Eldrick, a handsome Husky mix, might have stolen the show a few times, but his family wouldn’t have it any other way! 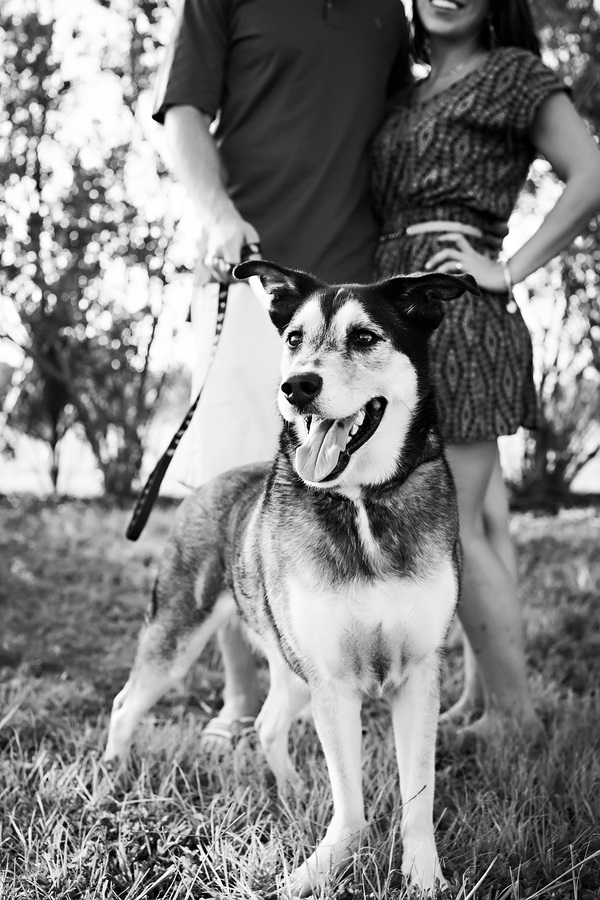 From the photographer:  The second time was the charm for this engagement portrait session. Our first date was rained out – but it was well worth the wait as we had gorgeous weather for this portrait session on Davis Islands. I met Laura and Kenny and their sweet pooch Eldrick, named after Tiger Woods. I really enjoyed getting to know this couple and look forward to their wedding in May! 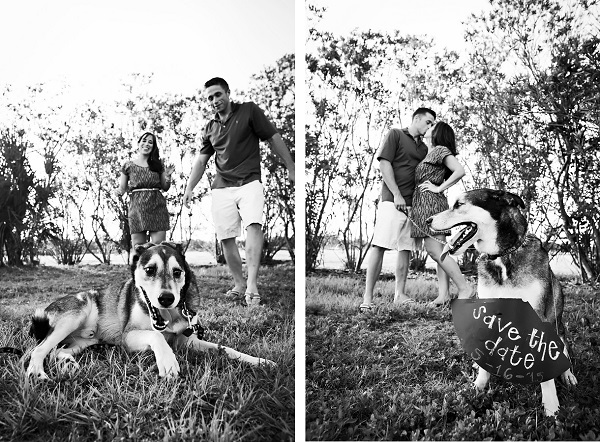 From Kenny:  “Eldrick in a 8 year old Husky Mix (with some Shepherd).  I got him from the Pinellas County Humane Society back when he was a little puppy. Eldrick lives the good life these days roaming around in his big fenced in yard when ever he wants but he has had his share of hard times with several health issues. 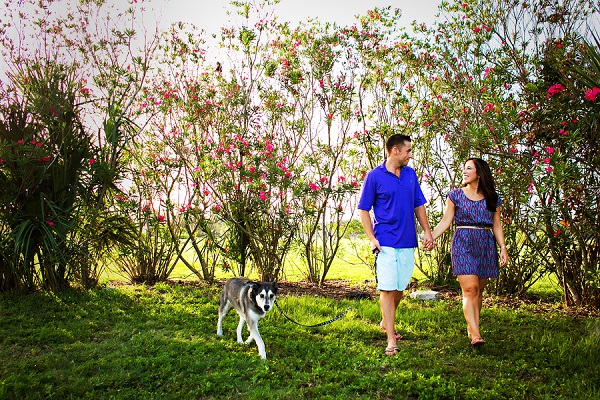 The main issue first happened a few years ago now while reoccurring several times after that until finally the correct treatment was realized. Basically over the span of two days I noticed Eldrick moving around the house less and less and not wanting to get up. I had taken him to the vet and nothing was really found. Then the next day he couldn’t get up at all, I took him back to the vet and they had me take him to the hospital. Eldrick basically had come down with some sort of neurological disorder and become completely immobile.   After about a week in the hospital and a lot of medicine I brought him home and did physical therapy with him and after about a month he was walking around again and eventually chasing squirrels again in the back yard.   Now he stays on a very low dosage of prednisone that helps keep some internal inflammation down around his nervous system (not sure I am describing all the medical 100% correct but close enough). 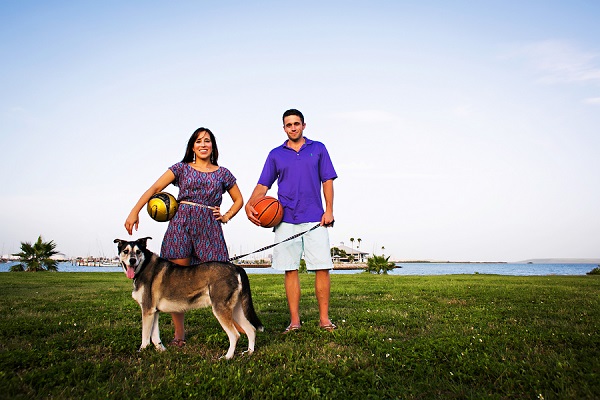 Other than that Eldrick is basically the coolest dog around.“

From Laura:  “Eldrick it’s probably the sweetest dog around, loves people (to the point that jumps on everyone new he meets) and it’s very patient with kids when they pull on his tail.   People tend to be scared of him at first bc of his wolf like physical characteristics, but within two seconds of knowing him they realize he is a teddy bear.

Eldrick loves being loved on– if you even pet him a little, he will show you his belly so you know where he likes it best.  He also get jealous when you’re showing love to another dog so he will move others out of the way and put his paw on your lap (he will play with them but likes knowing we love him the most).  He also doesn’t like being alone, when you’re at home he will always follow you (even while you’re cleaning and moving all around).  But most amazing, it’s the love he has for Kenny!  He will follow Kenny around everywhere, sit under his legs whole Kenny works and wait by the front door when he sees him walk out. ” 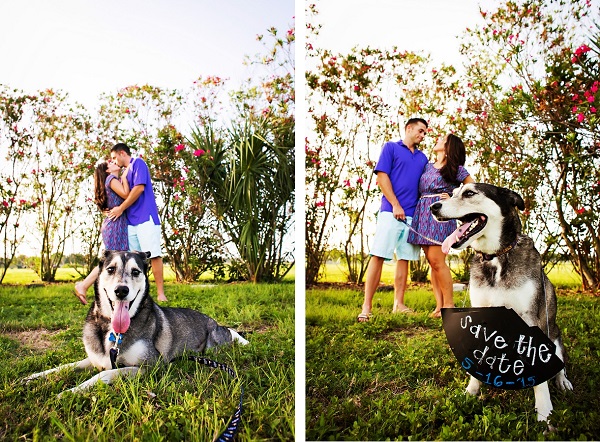