Ever since I first laid eyes on Gus via Jenny Karlsson Photography,  I have had a massive crush on him.  I admit I was drawn to his good looks, but the final “I LOVE THIS DOG” moment came when I found out he is a therapy dog too.  I’m thrilled to be able to share these awesome engagement photos with dog Gus. 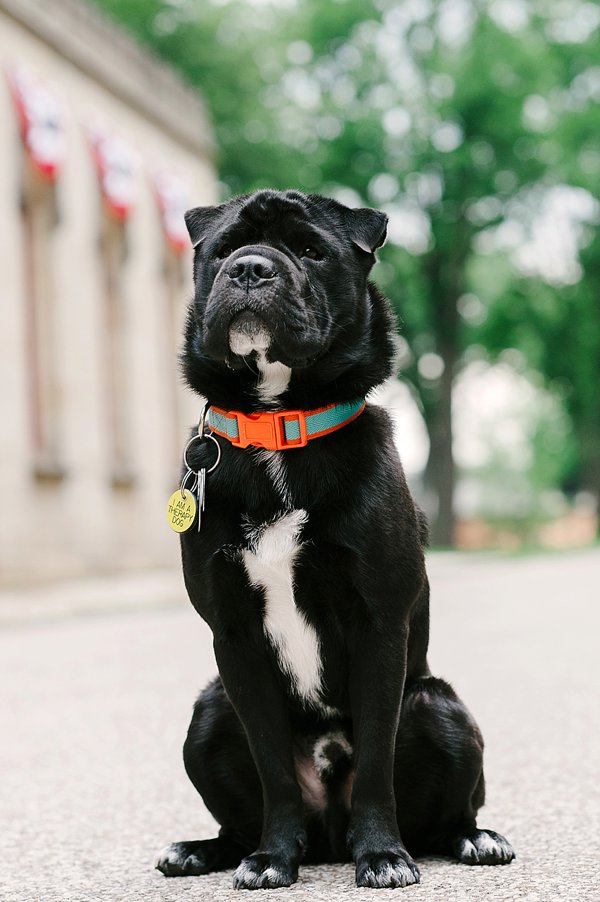 From Jenny:  “Gus’ session was done close to the Allegheny Cemetery.   The architecture was just gorgeous as a compliment to Gus’ handsome self.   Since Eva and Will are getting married soon we captured a few portraits of the two of them to commemorate this special time in their life.” 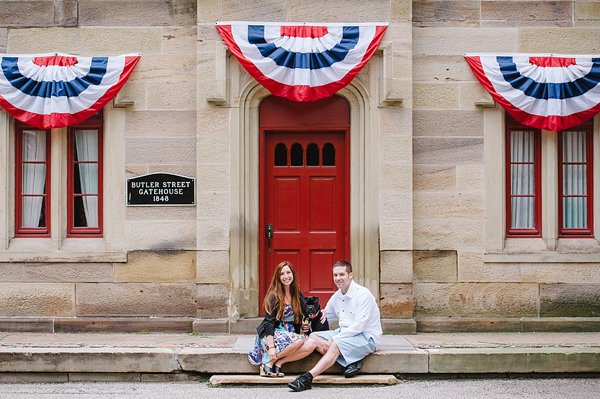 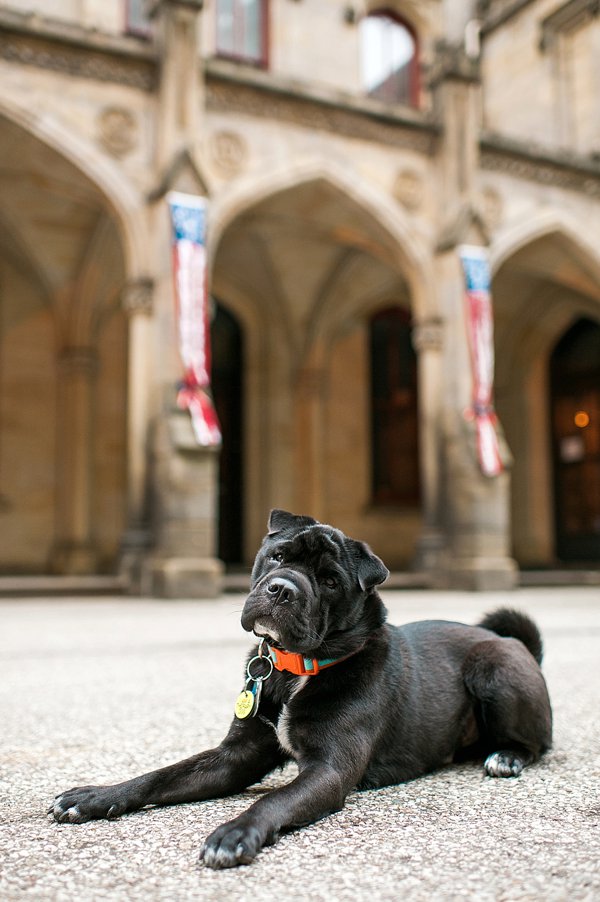 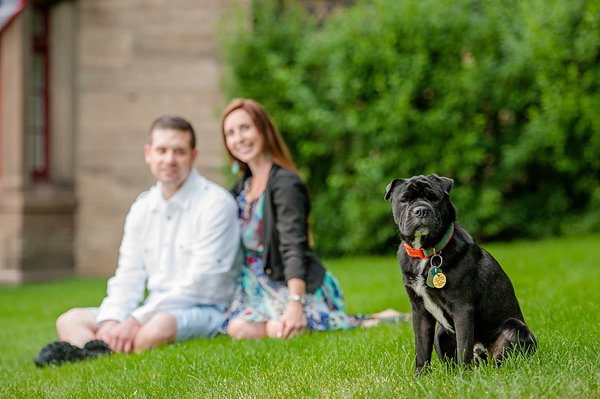 From Evelyn:  “Jenny is amazing and we had such a wonderful experience working with her.  I’m so excited to have Gus featured in the Daily Dog Tag!  Gus is a Sagittarius, born November 30 2012.  Gus’s full name is Augustus Ramon, and is an Ori-Pei.  An Ori Pei is half pug, half shar pei.  The breed originated in the 1970’s to create a loyal, but family oriented dog of small stature. 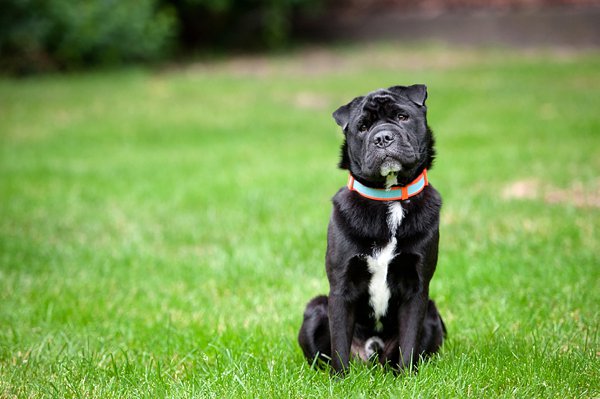 Gus is full grown weighing 30lbs, perfect size for a starter home in Pittsburgh.  Gus was the last puppy of the litter and from day one he had the most unique personality.   It was as if he could understand what people were thinking and feeling.  I knew that Gus was different, I had grown up on a farm with dozens of dogs, but never had an animal that could read emotions the way he could, even as a puppy.  I work for Family Hospice and Palliative Care and thought that it would be a great experience for both of us if he could join me in visiting patients to offer pet peace of mind to terminally ill individuals.  I decided to enroll Gus for Puppy Preschool at Western PA Humane Society April 2013.  I saw his potential at that time and continued to enroll him in each following class over the next year (advanced puppy, super dog, therapy prep class and dynamic dog).  Gus passed his therapy dog test last January at WPHS.  Gus is an active participant in Therapy Dog Tuesdays at Pitt, which provides stress relief to students through doggy hugs and kisses for an hour each Tuesday night throughout the school year.  Gus is also a member of Scout’s Angels Canine Care Team through Camp Bow Wow, whose mission supports communities in times of need by providing a healing outlet through dogs. 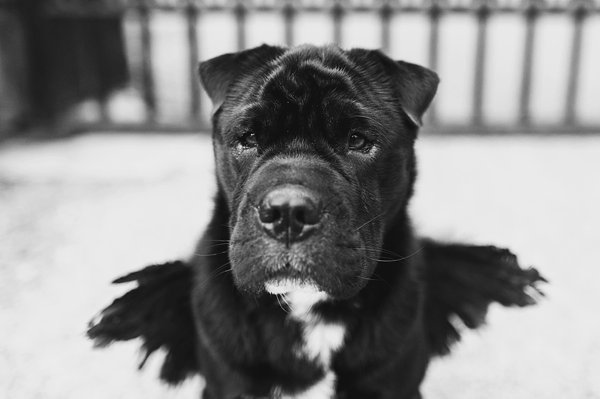 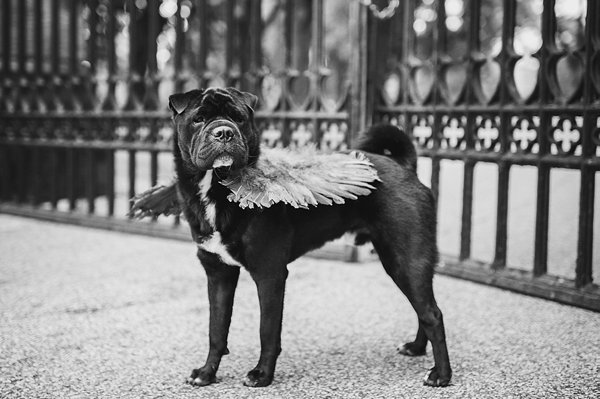 Gus was recently the guest for the dog bite prevention awareness program which teaches children the safe way to approach a dog.  His resume is longer than mine!  Although he is a working dog, he enjoys his downtime; eating cheese, playing with his neighbor Molly and aggravating his feline brother Stan. 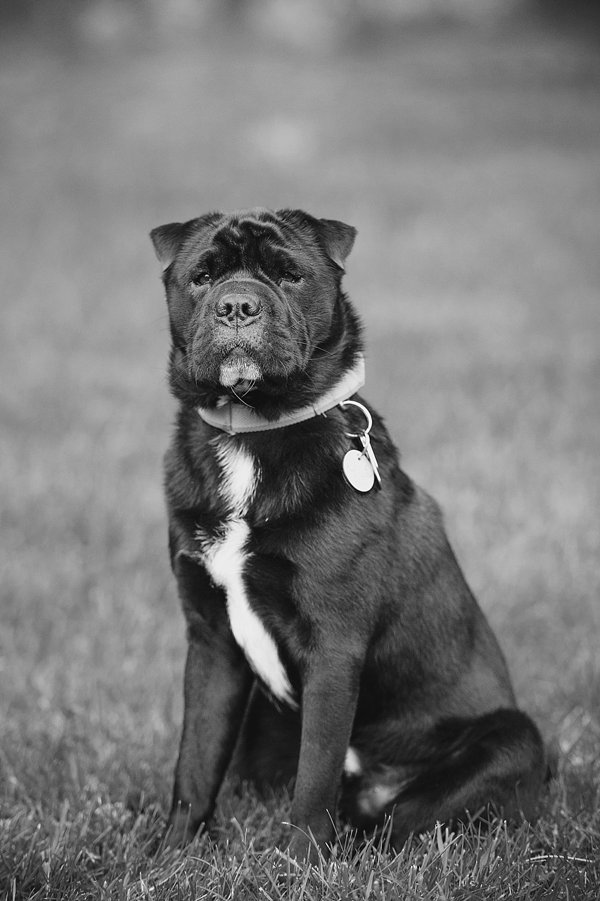 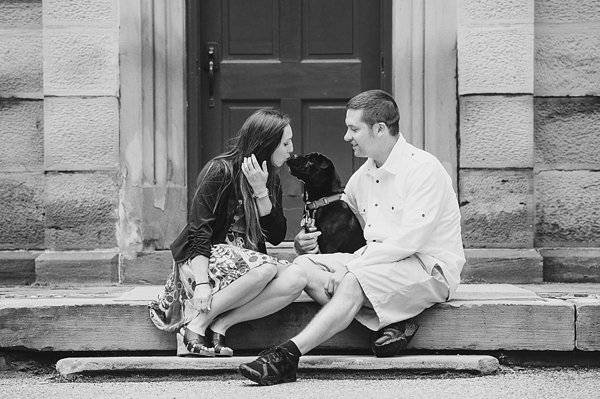 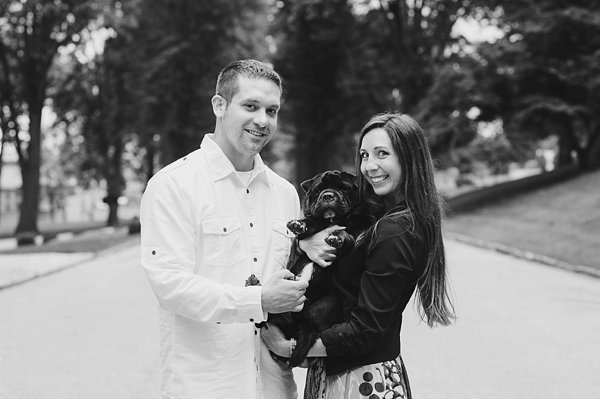 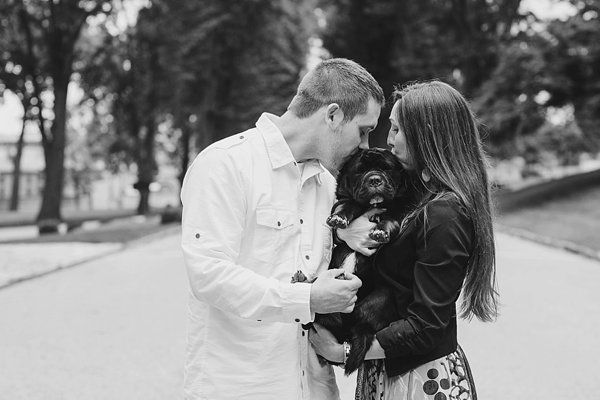 Follow Jenny Karlsson Photography on Facebook and check out her photography blog for some awesome dogs!  I enjoyed Jenny’s in pursuit of happiness interview with Britt Reints.

« The Benefits of Using a Dog Crate
Adopt Me: Hank »