When planning a wedding, the possibilities are endless and it can be daunting to start. Engagement session have the same sort of blank canvas to start, and I love seeing where people choose to get their engagement photographs taken.  Centennial Park proved the perfect location for Nicole and Joe’s (and their dogs) engagement session by Brooke Tyson Photography.  Of course, engagement photos with dogs are my favorite kind regardless of the location. 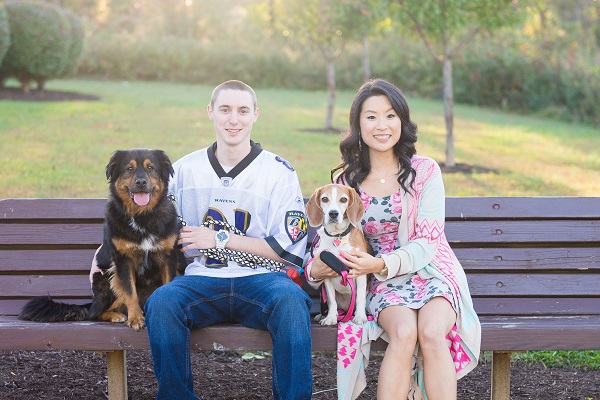 From Brooke:  “Nicole and Joe got engaged last summer, and right away, these two started planning their 2016 wedding.   Nicole and Joe are both in their last year of pharmacy school at the University of Maryland, and they are just as eager to begin their careers as they are to celebrate their upcoming wedding.   Nicole and Joe brought their pups, Pepper and Kobi, to join in their engagement shoot, which I loved!!   I have three dogs of my own, so it was a lot of fun to photograph these two with their adorable dogs.  Nicole, Joe, and I had such a good time talking about their wedding plans and exploring Centennial Park during their engagement session!” 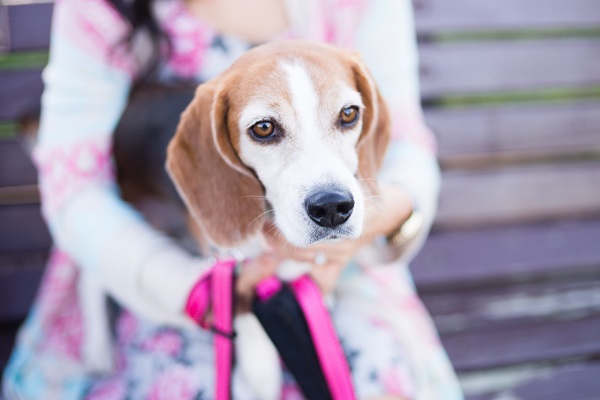 From Nicole:  “Pepper is a quiet and sweet Beagle that was adopted from Animal Advocates of Howard County in 2012. 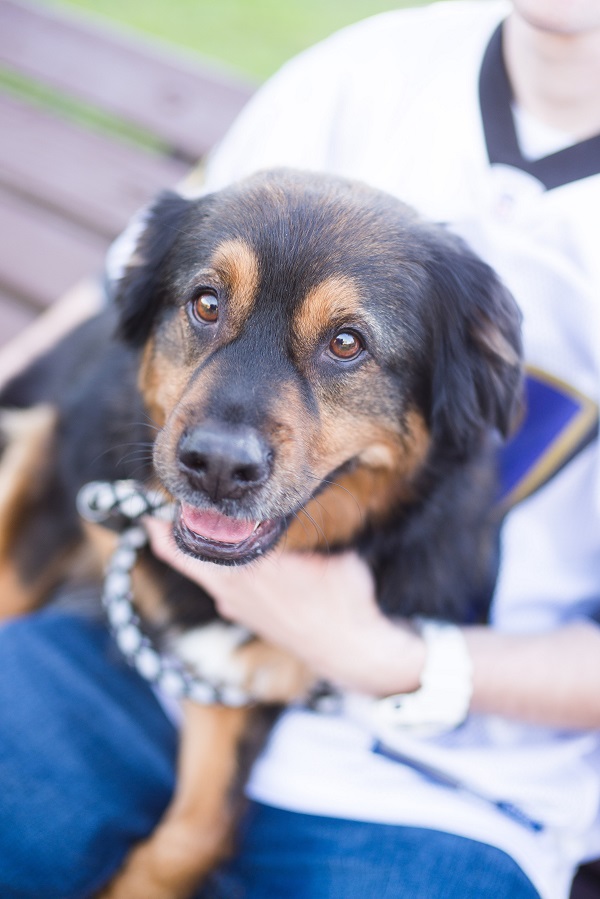 Kobi is a fun-loving, goofy Australian Shepherd and Rottweiler Mix that was adopted from Pennsylvania SPCA in 2014.    When Joe proposed to me in June, 2014, we were walking my dog Pepper (the Beagle) in the forest behind my neighborhood. 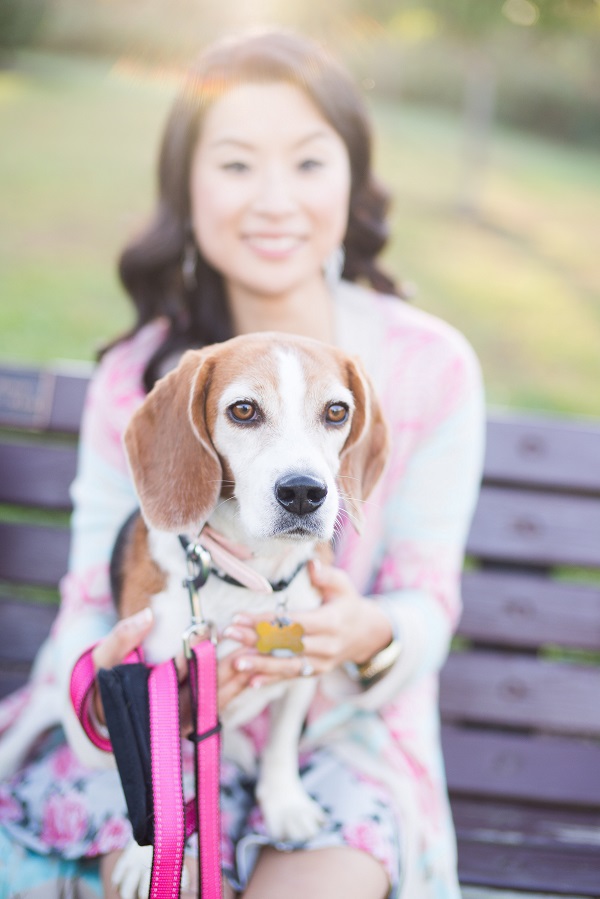 He stopped in the middle of our walk, called Pepper, and turned her collar to show me the ring that Pepper had been carrying all along. (I had no idea!)

He told me – after I said yes – that he had other ideas for the proposal but he definitely wanted Pepper to be a part of it.   I agreed that there would not have been a better way to propose to me. 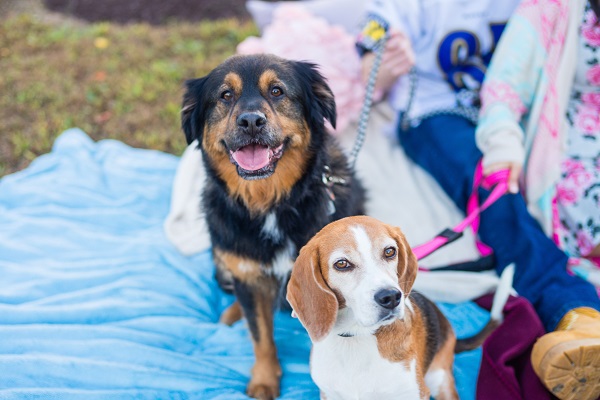 It was only natural for us to include Pepper and Joe’s dog Kobi (who was adopted shortly after the proposal) in our engagement photo session.

Keeping Kobi and Pepper sitting still next to us was quite challenging as they wanted to chase after other dogs at the park and kept distracting us. 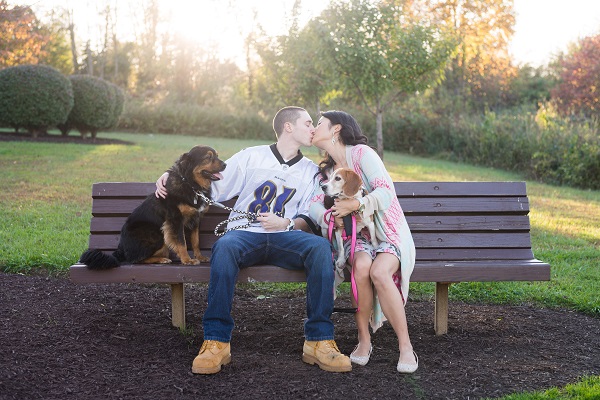 Fortunately, my sister had come along to help, and she did a great job making weird noises and holding up treats behind the photographer to grab the dogs’ attention! 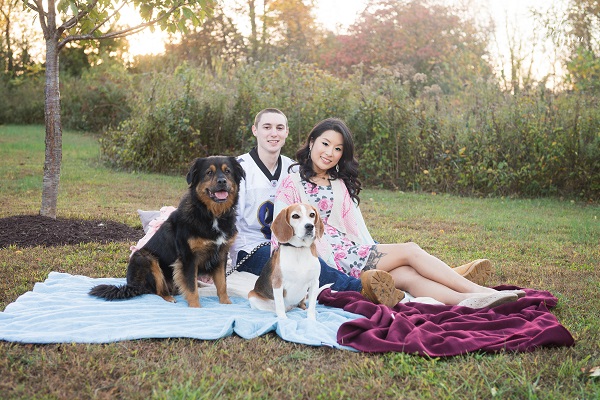 At the end, our dogs, Joe, and I were all cuddling and got some amazing family photos taken. We made so many memories that day! 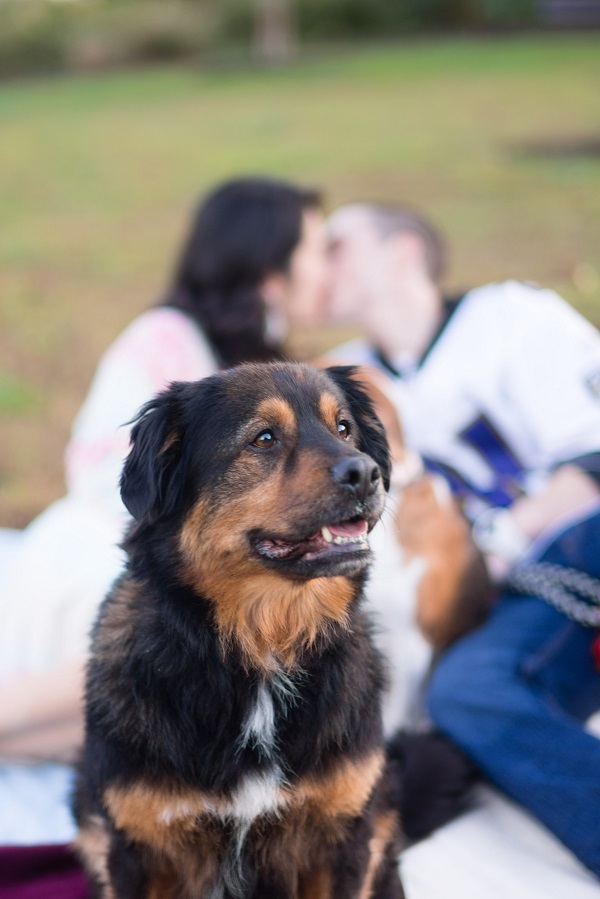 About Brooke Tyson Photography:  Based in Maryland, Brooke specializes in senior portraits and wedding photography.  She has three rescue dogs.