Thanks to Pam Davis from Savoring the Sweet Life Photography for these engagement photos starring Maximus and his parents.  Maximus is an English Bulldog with an awesome underbite. 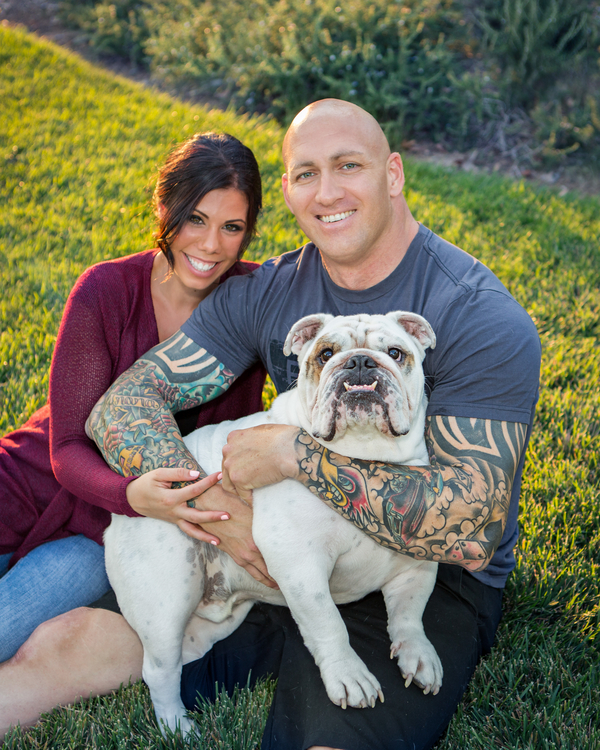 From Pam:  “Maximus the bulldog approved his mommy and daddy’s engagement – so we captured it on film!“ 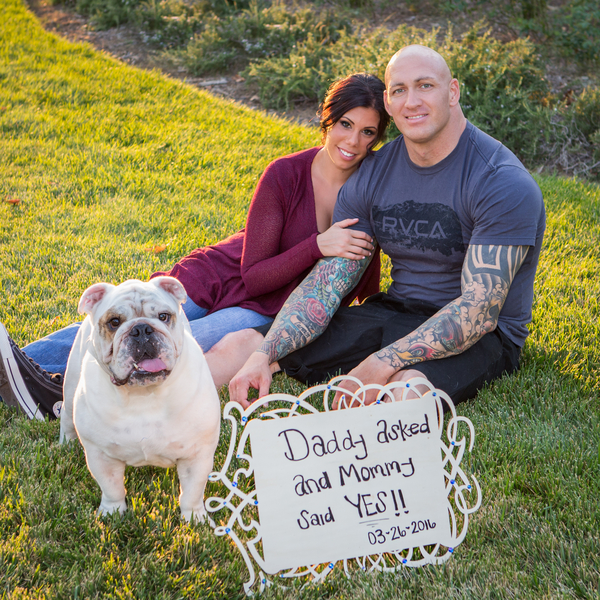 From Stephanie:  “Maximus is four years old and is VERY playful! He loves playing with his toys (toys (his favorite toy is whatever his little bulldog sister, Bailey, is playing with). He also loves playing with the water hose while his daddy is watering the grass, being outside and watching the bunnies in his backyard and attacking his human mommy for fun! Maximus is the sweetest boy and loves giving big slobbery kisses to whoever will accept them (he is quite the ladies man!). At night, Maximus loves to cuddle and hog the bed; he also won an award for being the loudest snorer in the house!” 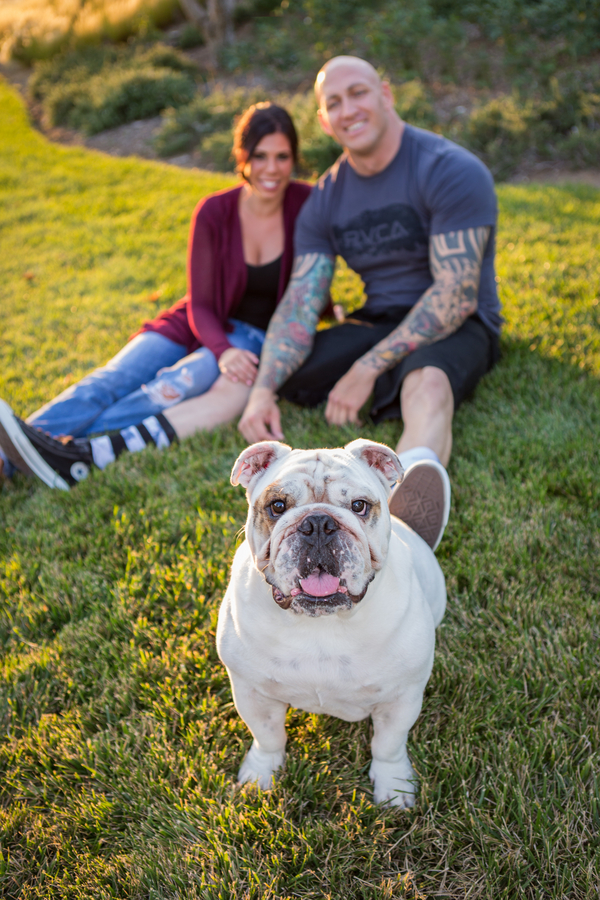 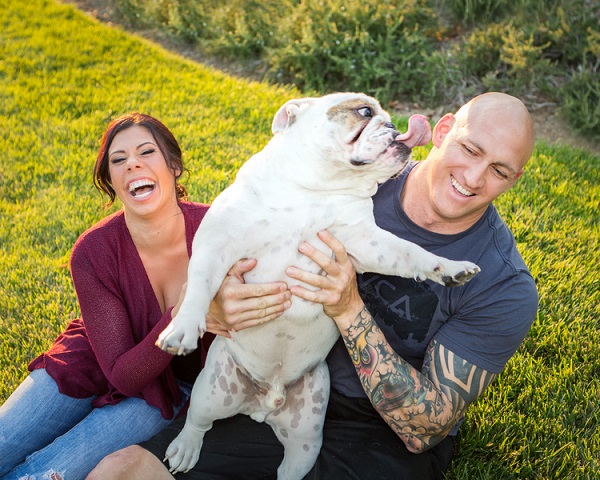 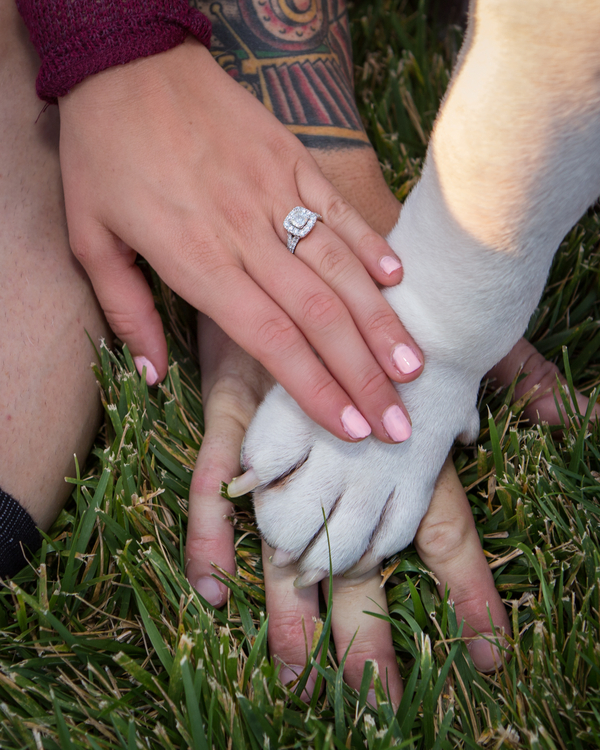 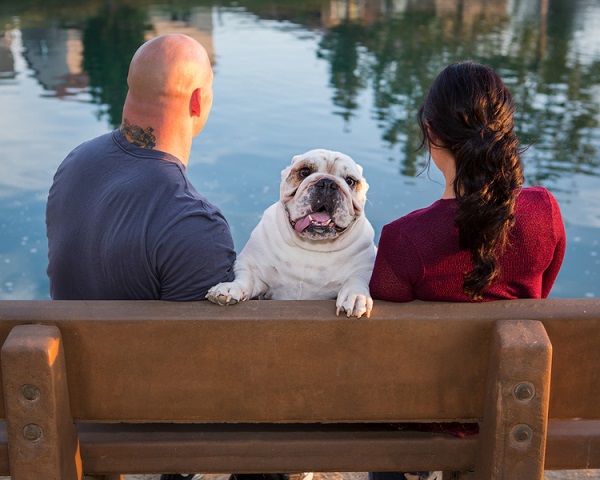 About Savoring The Sweet Life:  Based in San Diego, California, Pam Davis specializes in portraits and wedding photography.