Queen Elizabeth  II will be celebrating her 90th birthday on April 21, and although it is highly unlikely she’ll spend the day reading my blog, I decided to feature a Welsh Corgi in her honor.  Oscar and his people had their engagement photos taken by April and Bryan Photography. 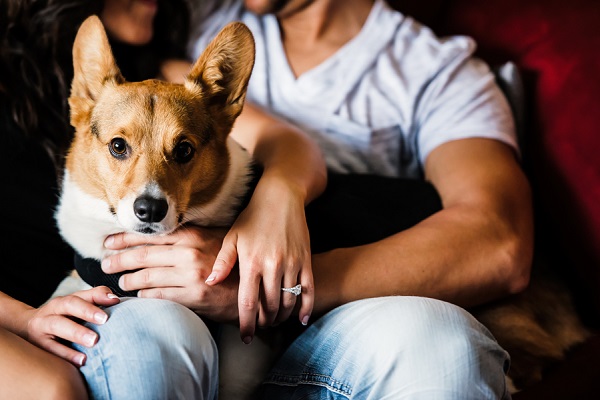 From April and Bryan:  “These two love birds aren’t just in love with each other, but also with their adorable Welsh Corgi, Oscar. He 100% thought he was the reason for the entire session!” 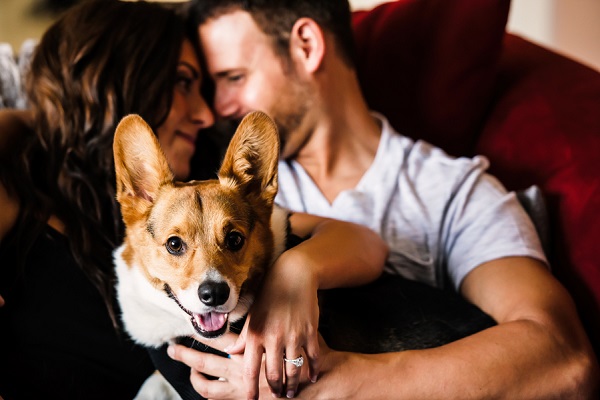 From Jenna:  “When I moved to Gettysburg for a job right out of college, I found myself extremely lonely and depressed. I grew up with dogs all my life, so I knew that’s what I was missing. Having a smaller apartment, I needed a smaller dog. My research led me to the Welsh Corgi. I checked the local shelters but was unable to adopt any because I did not have a fenced in yard, which was a requirement.” (Just a reminder, not every rescue requires a fenced in a yard, so please don’t automatically dismiss the idea of adopting a dog based on Jenna’s experience.)  “I found a reputable breeder in my hometown that had a litter of tri-colored Welsh Corgies. I went home for the weekend to visit them, and as soon as she led me to the litter, I spotted the cutest puppy I’ve ever met! All his brothers and sisters were running around the yard, but he ran right up to me a licked my hand. It was love at first sight. The name Oscar came to mind as soon as we met and I took him home that day. He was such a good puppy! House trained within the first week. Slept in my bedroom in a makeshift playpen. As long as he could see me, he was content throughout the night. Oscar quickly grew to like long walks along the battlefields every morning and greeted every single person or animal that we passed along the way. He was my personal therapy dog, and I was so much happier with him by my side. But I still did not like the job I was doing at the time, so I interviewed for a new job in a town I’d never heard of, and we moved as soon as I got the call that I was hired. Oscar adapted very quickly to the change of scenery. 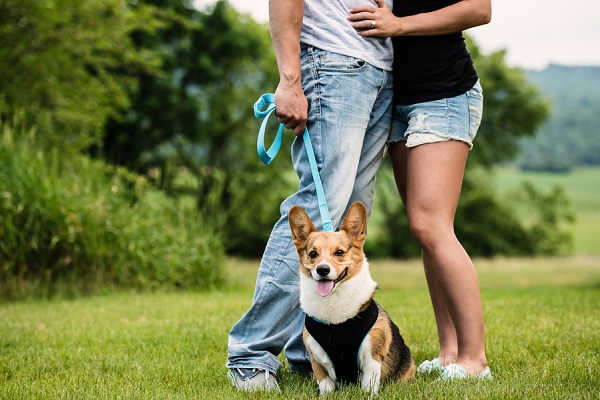 A couple of years after moving to this new town I met Michael. Michael met Oscar soon after we started dating and fell in love with him before he fell in love with me! Sometimes I would joke that he was only dating me to get to Oscar. Oscar has such a big personality, and he makes our little family complete. He is the most talkative dog I’ve ever met in my life. When we come home from work, Oscar greets both of us with howls, hops, and kisses. When we let him in from being outside, he sits by his treat jar and expects one every time. When you’re holding food that Oscar wants he will “sit, shake and roll over” without you having to say anything. That is the order I taught him his first three tricks, and he hasn’t forgotten that that’s what he has to do to get a treat. He has a stuffed hedgehog that he puts in his bed every night then joins later when he gets sleepy. When we have a lot of people in our house, he tries to herd everyone into one spot and will lay down in the middle of the room when he is happy that everyone is together. He is not a cuddly dog by any means unless he is not feeling well or he knows I am not feeling well. Then he won’t leave my lap. I haven’t been alone in the bathroom in the four years I’ve had Oscar because he needs to know where I am at all times. 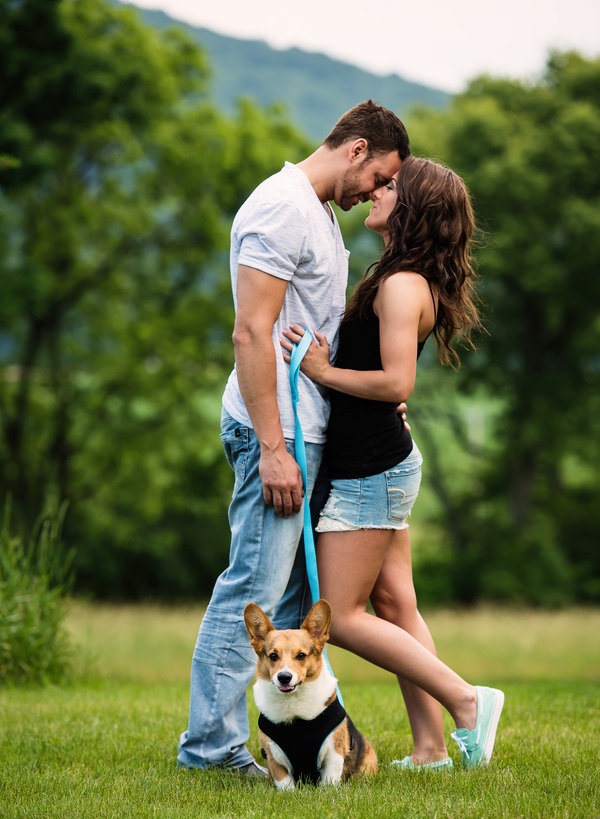 I can’t imagine my life without Oscar or Michael, and I am so happy we all found each other.”

You can see more of Jenna and Mike’s engagement session on April and Bryan’s blog.

About April and Bryan Photography:   Located in Reinholds, Pennsylvania, Bryan and April are a husband and wife team that specialize in portraits and wedding photography.

Although I suspect a lot of you already know these things, I couldn’t resist sharing this video.