Teddy Roosevelt is one former president who is pretty recognizable.   While I am not a history buff, I’m a fan of both his mustache and the National Park system that he established.   This Teddy may not have developed any National Parks, but he does have an epic mustache!  Thanks to Leslie West Photography for this dog-centric engagement session! 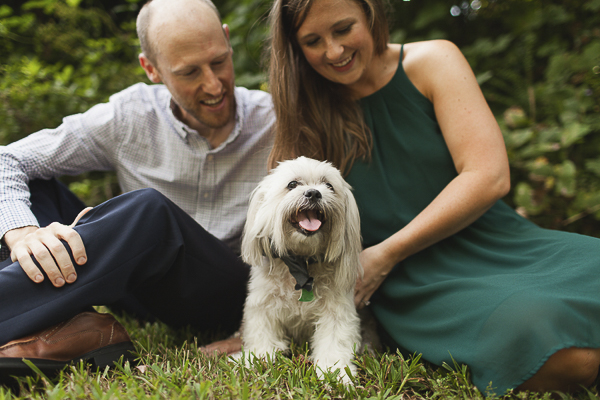 From Leslie:  “Mallory and Matt are the sweetest, most laid-back couple. When they asked if they could bring their rescued dog along with them to their engagement session, of course, I said yes! 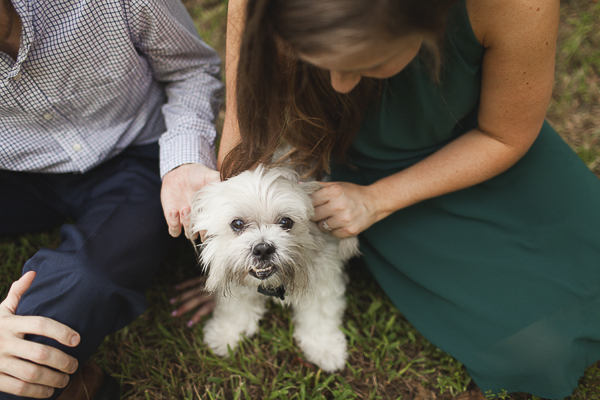 His name is Teddy Roosevelt… because of the mustache. How fitting! They also purchased these rad t-shirts from Etsy that had Teddy’s face on them.” 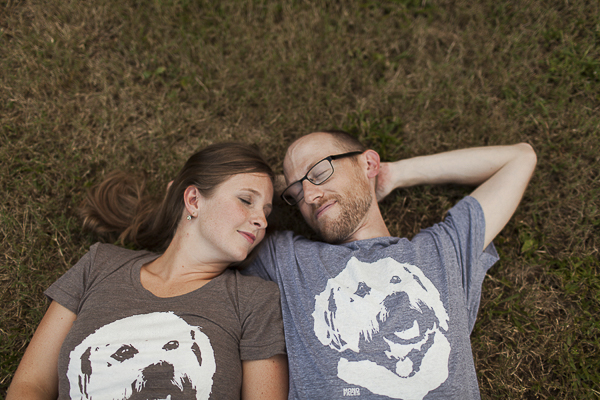 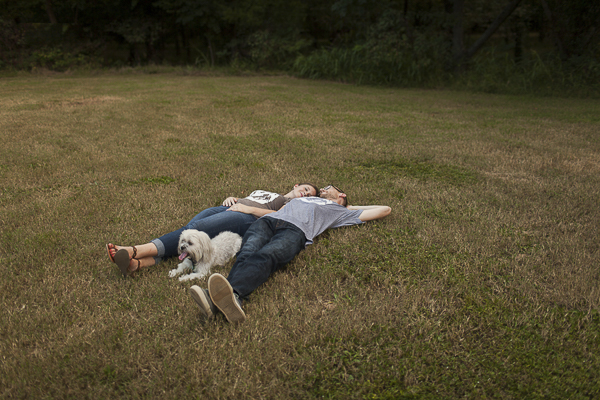 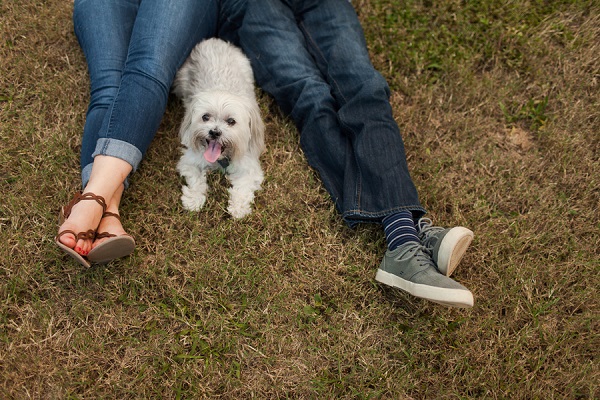 From Mallory and Matthew:  “We rescued Teddy Roosevelt from the local animal shelter in Athens, Georgia  four years ago – right before Christmas 2013.  After taking him to the vet, we learned that he was not the 3-year-old dog the shelter told us, but more likely a 7 or 8-year-old dog.  We thought the age completely fit the ‘old man’ vibes we were getting from this guy. 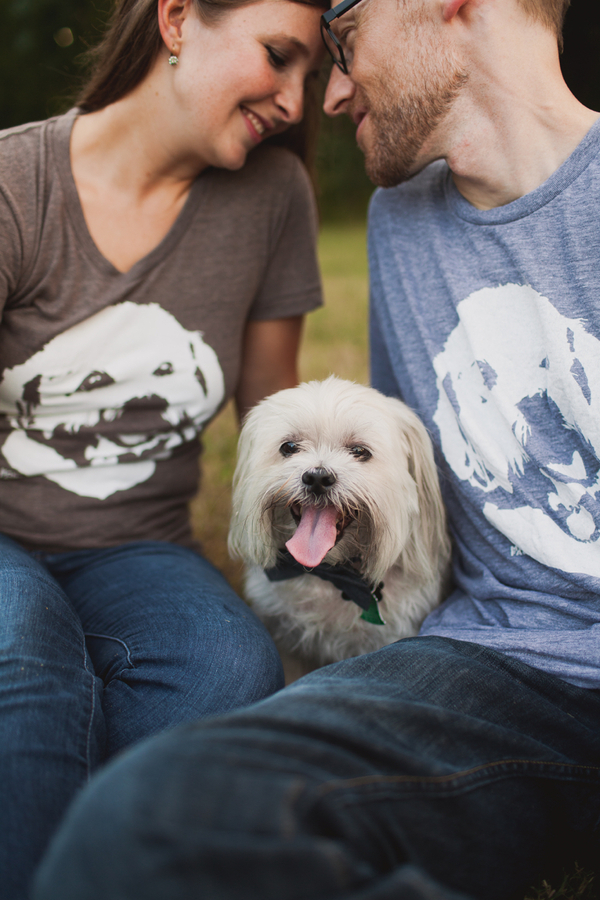 This Christmas we celebrated his ’10th’ birthday and decided to mark the occasion by getting his DNA tested so we could finally answer the question, ‘what kind of dog is that?’.  It turns out that Teddy is NOT the Havanese mix that he was listed as when we found him at the shelter.   He’s a mix of mostly Shih Tzu and Pekingese, with a little American Eskimo Dog somewhere in the family tree. 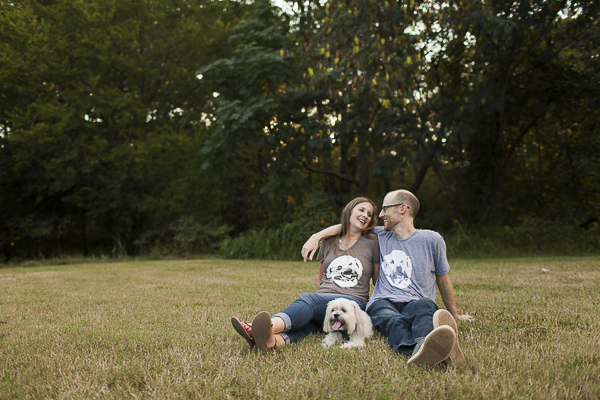 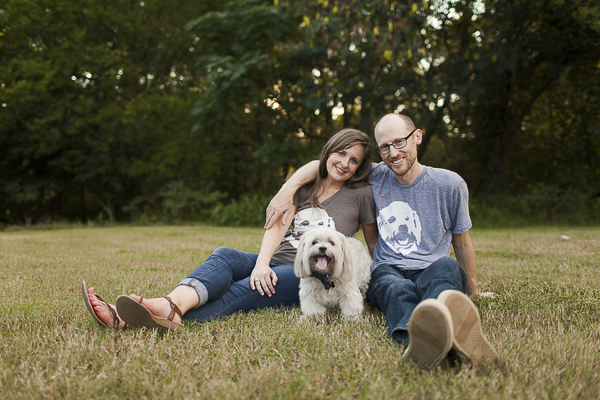 We don’t know the story of his first seven years, but we are thankful we’ve got him now. He is a grumpy little guy but makes up for that with a pretty spectacular mustache (hence being named after a famous mustache).  He loves being an only pup and only barks when he is sleeping. 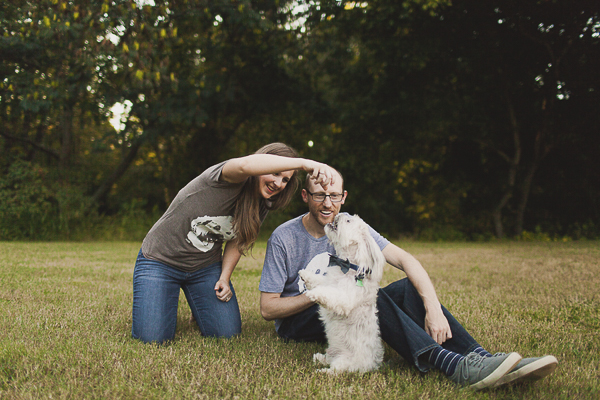 We both feel incredibly blessed to have this guy in our lives.”
You can see more photos from their engagement session on Leslie’s blog.

About Leslie West Photography:  Based in Athens, Georgia, Leslie specializes in wedding photography in the Southeast.  She has an adorable Frenchie named Etheline.