I received a submission via Two Bright Lights from Fotos by Faren which featured her daughter and their Black Labrador Retriever.  Faren mentioned she had other dogs, which immediately got my attention and of course I wanted photos of them too.  Turns out she has  a total of 5 dogs! 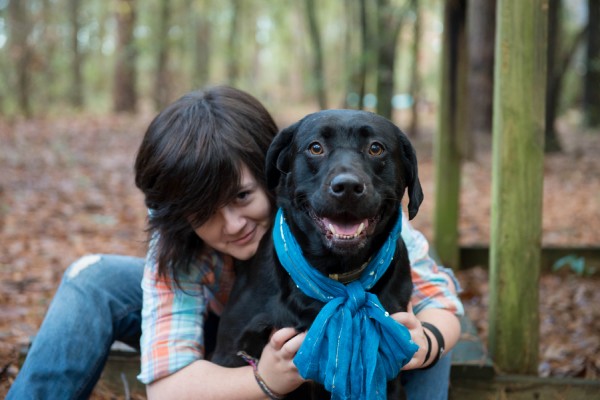 From Faren:  Faith is a 14-year old high school senior…yes, your math is correct.  She is an amazing person, talented artist, genius, and my best friend.  I’m blessed to be her mom!  She and Scout (she came with that name) have quite a bond.  I can say “go get your girl” and she will head straight to find Faith.  Scout is the athlete in the family.  Leaping onto big round hay bales with ease and running across the fields like a gazelle.  She is fantastic.” 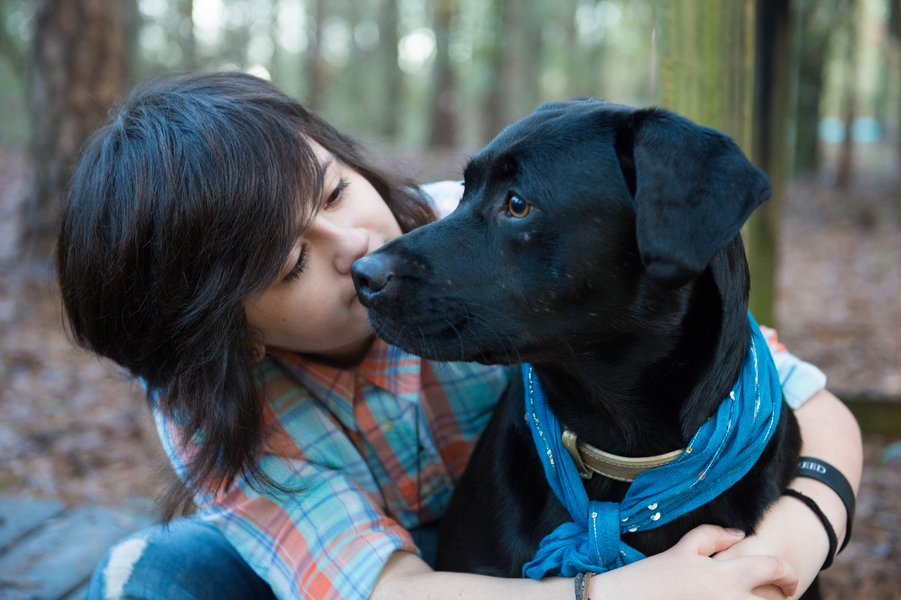 From Faith:  “Scout’s big brown eyes stole my heart.  The first time I saw her, she jumped up on the couch and leaned into me as if asking to go home with us.  I could not get her off my mind and knew that she needed me as much as I needed her.  Those brown eyes still melt my heart and her calm, gentle mannerisms makes her the perfect companion and best friend.   I love all of our fur babies but Scout has my heart.” 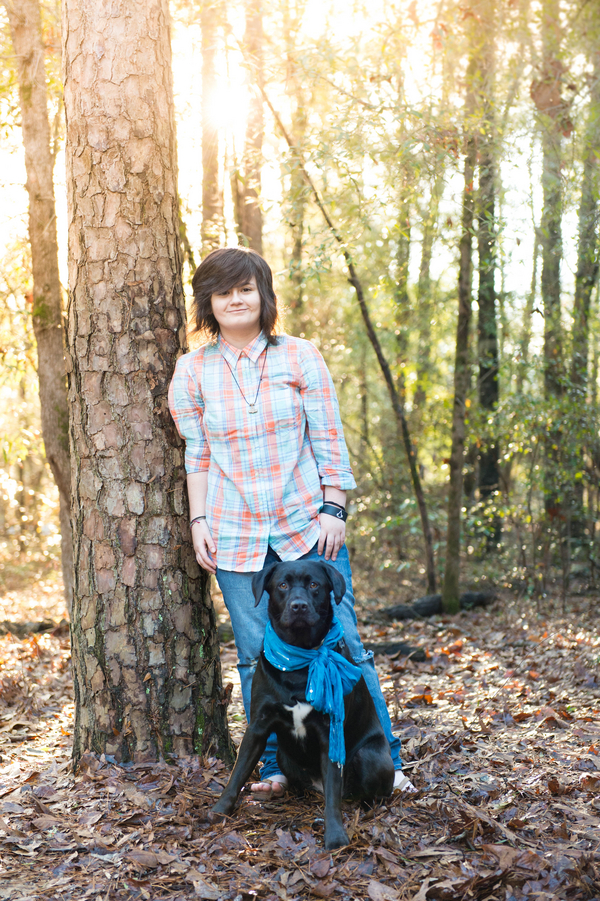 From Faren:  ” Scout is a lab mix that was seen thrown from a car at the local mall.  A good Samaritan picked her up and noticed a hurt leg from the fall.  He took her to the vet and then home.  They gave her a loving home but always knew they would be looking for the perfect home for her.  With a new baby in the house, it was time for high energy Scout to find her “forever” home.  They kept her for a year and several people expressed interest but with carefully asked questions, they were not satisfied that those were the right homes for her.  Then Faith and I came along to shoot their newborn session and Faith and Scout hit it off.  They told us they were looking for a home for her and our interest was peaked.  Already having several dogs at home, we knew it might be tricky with the introductions. Faith had already fallen in love so we made the phone call – we wanted her.  So it was off to PetSmart for goodies and Scout.  We took her home and introduced each dog individually.  All was wonderful.  We’ve had the typical fur baby sibling arguments but they all love each other and know they are loved.   Scout’s good Samaritans are still a part of her family.  We share pics and stories with them still today. 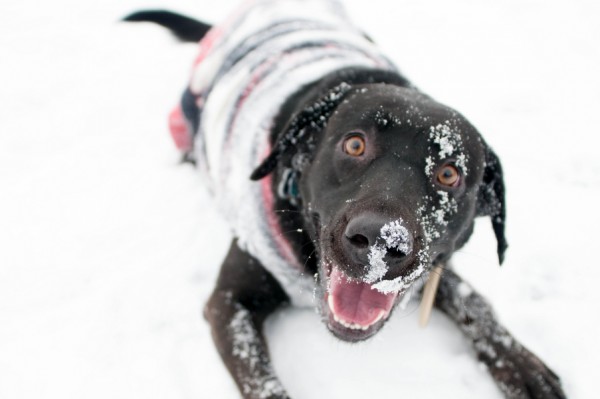 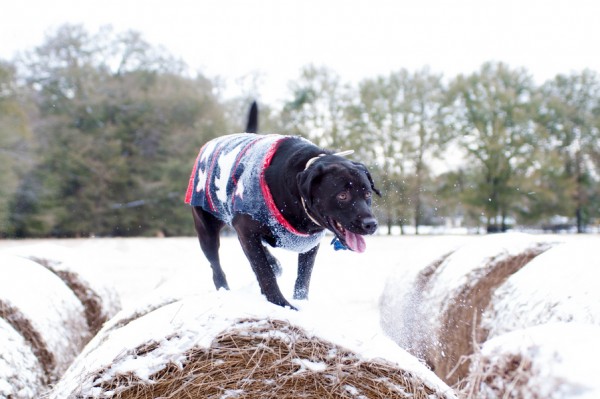 Scout is the cold weather lover.  She loves the snow!  Unfortunately we don’t see it often enough in South Carolina but when we do, we spend as much time outside as we can with them.  So it’s sweaters on the dogs and out we go.  Scout will run and skid and roll and play.  The smile on her face is evident of her happiness! 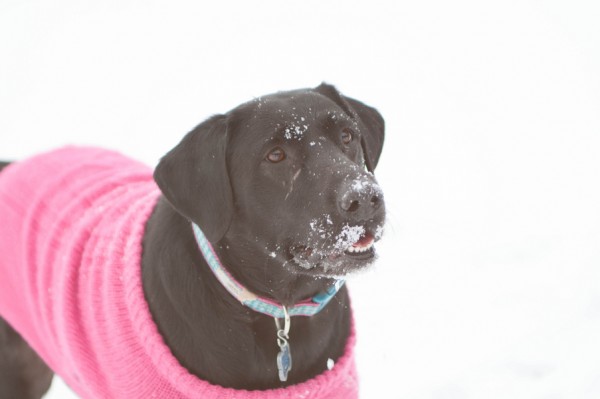 Angel (in the pink sweater) is a rescue and lives up to her name.  She is a purebred lab. Her mom was found alone and hungry in the woods by another good Samaritan.  Well they soon realized that she was pregnant and the babies were born.  We were lucky enough to find out through a friend that they were looking for loving homes for these babies.   So we headed straight to there house to pick out our puppy.  We fell in love with this sweet little girl which Faith named Angel.  But she was already claimed so we chose another little baby boy.  We were so enamored with Angel that we asked if there was any way that we could have her. 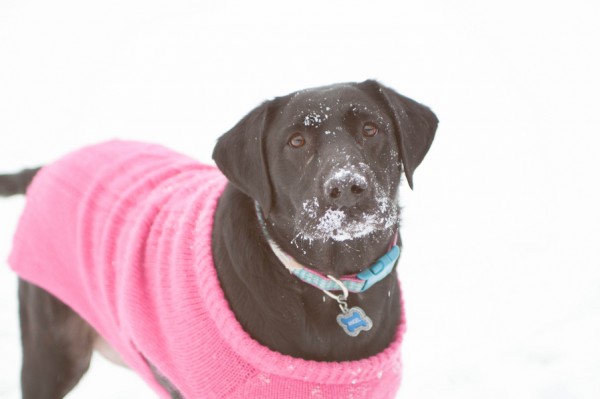 The owners/rescuers spoke with the new owner and we were now the proud parents of Angel.  Now all we had to do was wait until she was ready to come home with us.  The funniest thing she did as a puppy was when Faith was taking a bath, she would run full blast toward the bathtub and jump right in.  Angel is a water dog after all.  She is an absolute delight and as you can see from her pic, loves to catch snowballs.  Her favorite warm weather activity is chasing lizards around the house and chasing tennis balls.  She is so very smart, funny, beautiful, and a true Angel! 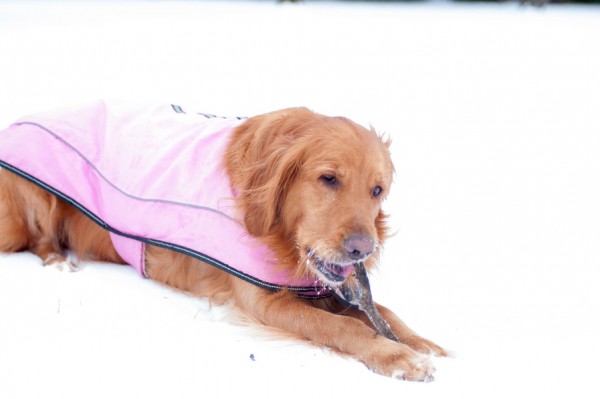 AAyla is our prissy beauty queen.  A purebred Golden Retriever, she was a gift from a wonderful friend.  Besides chewing on sticks, she loves to snuggle and play with her little brother Opie.  After Aayla and her siblings were born, we were fortunate enough to go pick out our puppy.  She was a very active puppy and was the most difficult to potty train.  For four months, I slept on the couch with her (and all the other dogs too), so I was close to the backdoor to help with her potty training.  That was a challenge.  But she got it! She is a loyal and sweet girl and has the cutest little crooked smile! 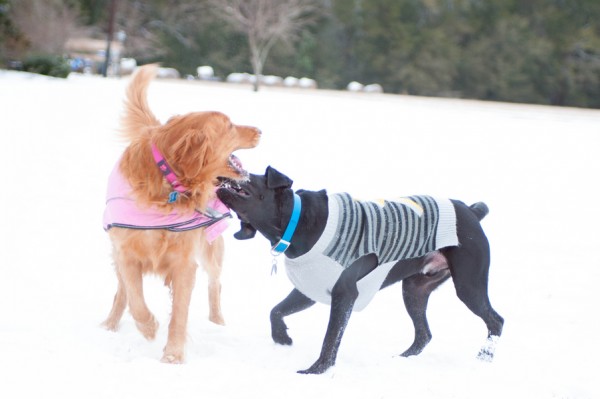 Opie had a sad beginning but won the pampered doggy lottery.  My neighbors have 2 labs that were in the dog run in their backyard.  Well they came home to find a teeny tiny puppy locked in the dog run with their dogs.  All dog owners know this can end very badly for a puppy.  They asked around and thought someone they knew may have brought the puppy over.  Nope!  No one knew anything about him.  He was a super sonic hyper puppy that had one speed…110 mph…all the time.  He would run over to our house, run through the house, then out the door, through the woods to my parents hours, and back to my neighbor’s house.  It was exhausting watching him.  They were flying back and forth out of state for their son’s hand surgeries.  (Side note:  he is doing fine. All surgeries successful!).  They knew with the numerous trips out of town, they could not give him them attention needed.  They found a home for him…but it fell through.  We had already fallen in love with Opie.  So time for another puppy!  At his checkup, I told the vet about how we adopted him and she told me that it happened more then I knew.  Opie is called a dump puppy.  People actually drive around and look for dog kennels and backyards with dogs and just leave the puppy.  He is the cutest dog which I still refer to as my baby boy puppy.  Poe is Mr. Personality.

Pupcake was rescued from a wonderful elderly woman that did her best to care for him but was not able to give him the attention he needed so he ended up chained in the backyard for stealing her chicken eggs. 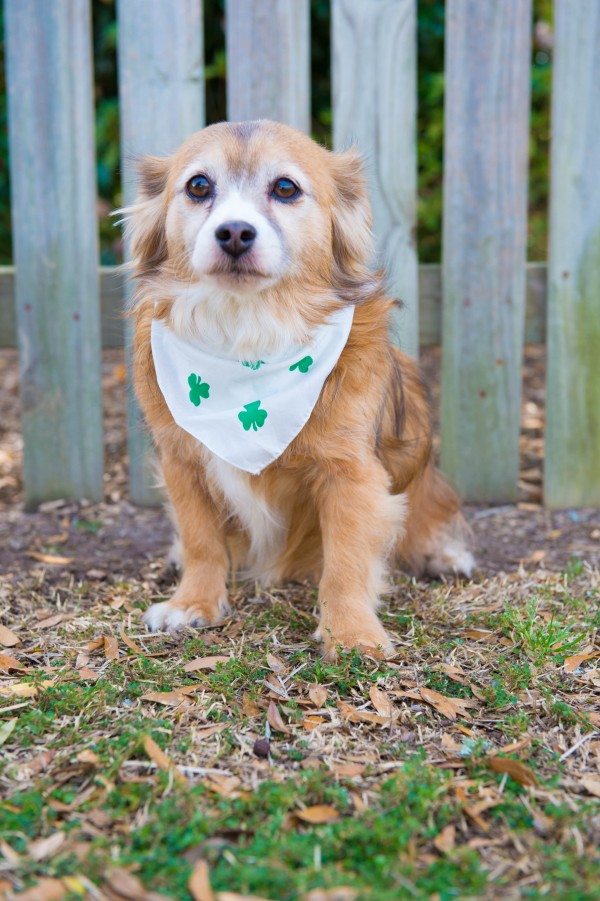 Pupcake is our little old man.  He is appx 12-14 years old.  He is believed to be a Corgi mix.  He runs with the big dogs and bosses them around like he is their size.  He has the cutest little disposition and has a smile that melts hearts.  A happy greeter that makes everyone feel welcome and has one secret…he’s afraid of the cats!

We live on a small hay farm.  While all of our dogs are inside dogs that sleep in the bed, head on the pillow, covered with blankets, they love running and playing in the hay fields.  These hay fields are their playgrounds. “

Be sure to check out  Fotos By Faren on Facebook!

About Fotos By Faren:  Based in South Carolina, Faren is a wedding and portrait photographer who creates heirloom art.  She is available to photograph regionally, nationally and internationally.