I’ve admired Jonathan Yearsley’s work,  but had no idea he had heard of the Daily Dog Tag, so it was quite exciting to receive my first submission from him.  These photos were taken in the  North West of England, on a beach near Liverpool. 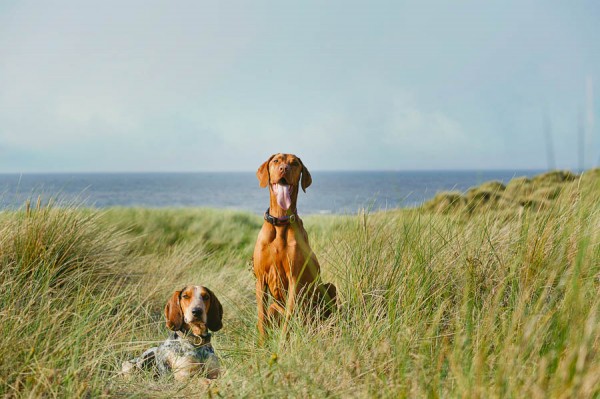 From Jonathan:  “The two dogs are Archie, the Hungarian Vizsla, and Ruda the Hound X.  Both are rescue dogs, rescued at different times but now living a very happy life with their owners.  Archie came from the Hungarian Vizsla Welfare Charity in the UK and Ruda was rescued from Cyprus by the Cyprus Vizsla Rescue association.” 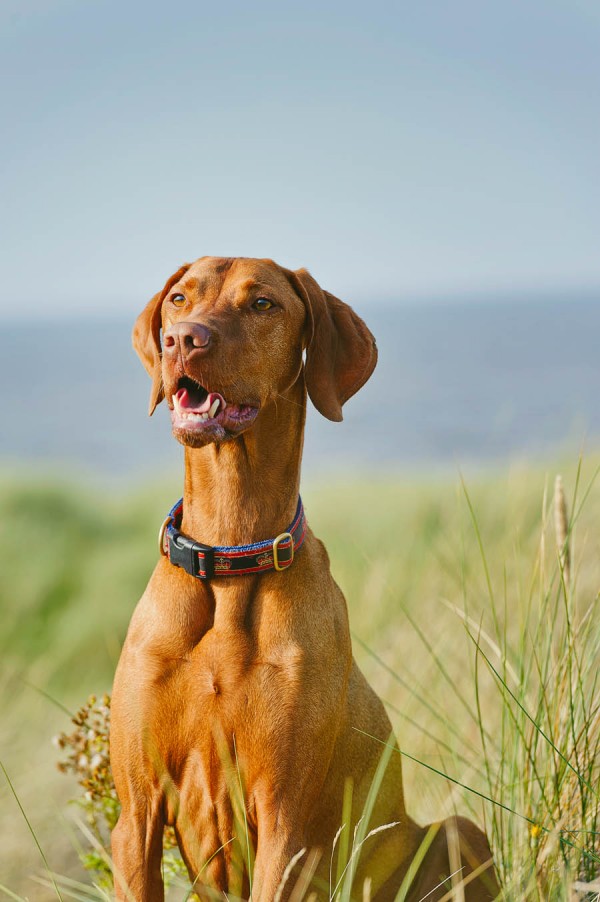 From Karolina:  “Archie  is a 5 year old male Hungarian Vizsla . We rescued him in summer 2010, he came from a  broken home (divorce) and he was emotionally drained. It took a toll on his weight as he was severely underweight. However thanks to our other dog, Zack, he settled down very quickly and he became inseparable from Zack and myself. As a typical Vizsla he is a true velcro dog, if he could, he would follow me anywhere.  He is very good boy, I had never had any issues with him. He just wants to please us so much that he will do anything. I have taught him how to give me both right and left paw, he can sit with piece on ham on his nose and until I will tell him he can have it, he will just wait. 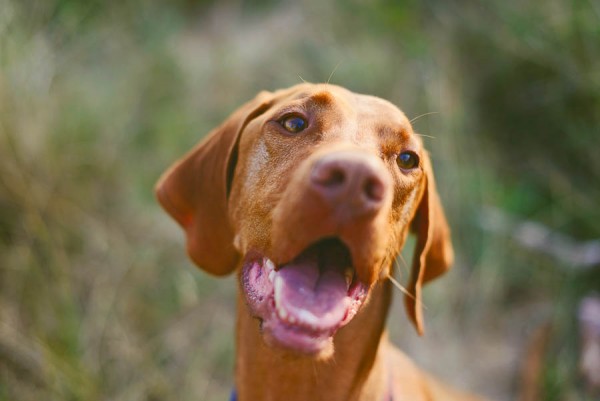 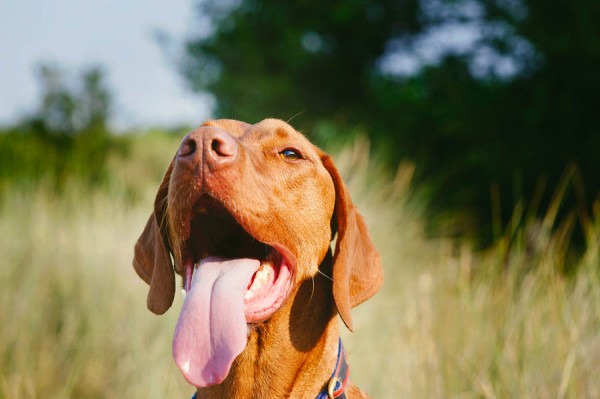 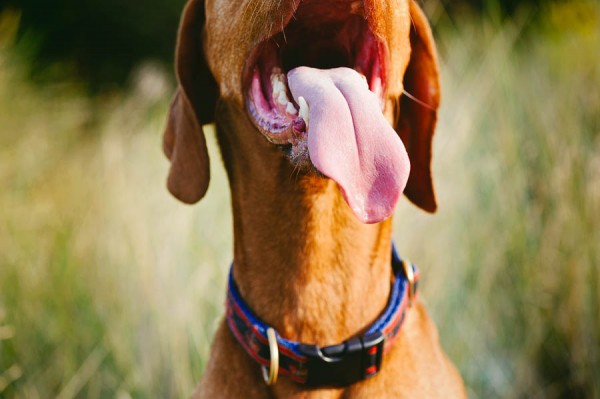 When we lost Zack  due to an accident in 2012 Archie became very lost. He was even more clingy with me and he would not play with any other dog and he just lost his happiness. Seeing him like this we knew we had to find him a companion. One evening I was checking my facebook and one of my friends posted a photograph of this lovely girl.  She had an a inquisitive look in her face and a note that she is stray dog fighting for survival in Cyprus beach and if anybody would like to offer her home. I just looked at my partner and he said ‘Yes, she might be the one for Archie.’ 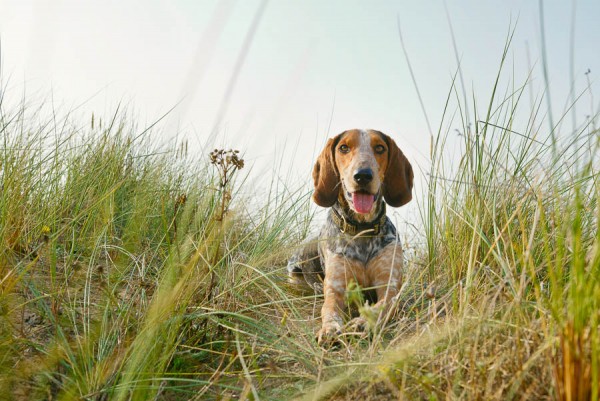 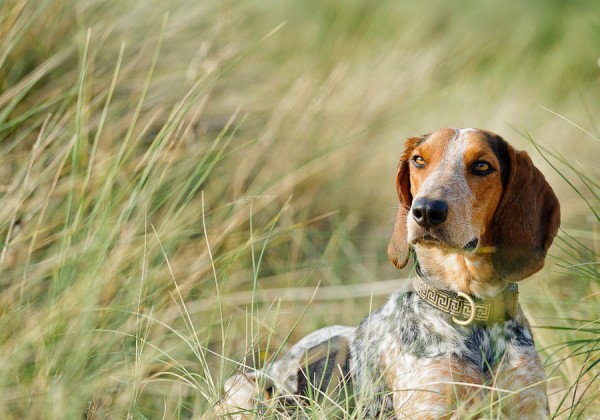 We named her Ruda (Polish for ginger). We do not know what breed she is or how old she is. When she arrived November last year vet told us she is possible over a year old. It has been a challenge as Ruda have a very strong instinct and she has been used to doing her own thing. I was also determined to practice re-call with her as she had far too much energy to be on the lead for the rest of her life. 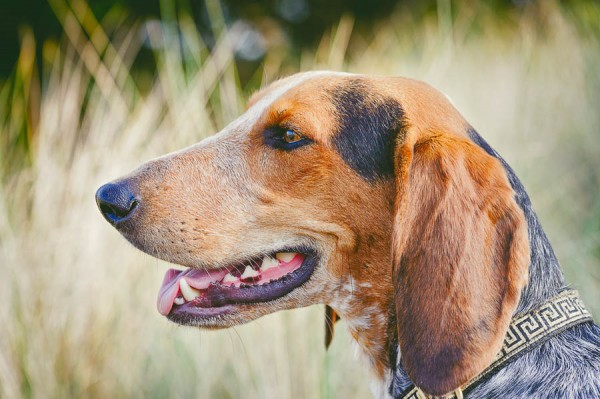 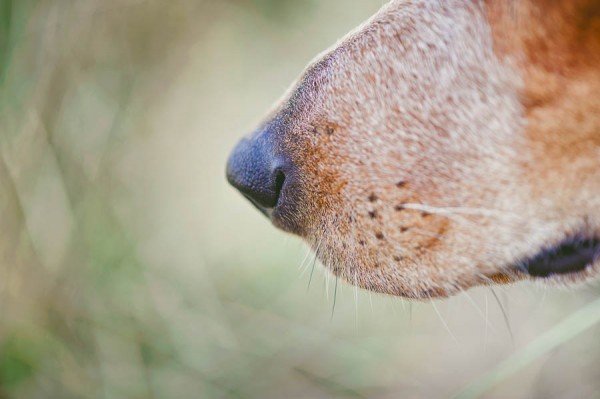 It took many hours of training, many tears (from my side) and few good hours wasted on waiting for her to decide to come back to me in first months. However now she is coming along nicely. She is very intelligent, inquisitive and full of fun but at the same time very sweet girl. She has a bit of split personality, outside she just wants to run after birds and squirrels or play with other dogs and at home she just wants cuddles. She had some fear issues (runners and cyclist) that we are tackling and her re-call is getting better and better. She is very special girl, hard work but worth it.” 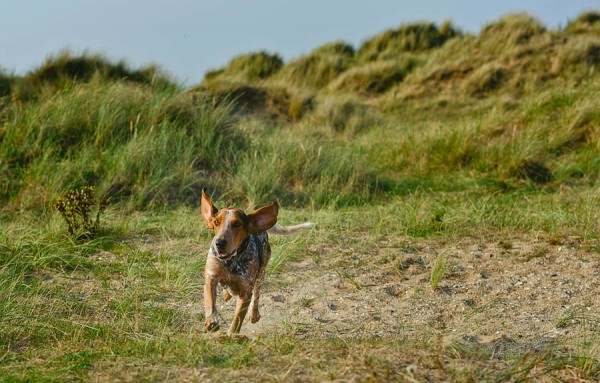 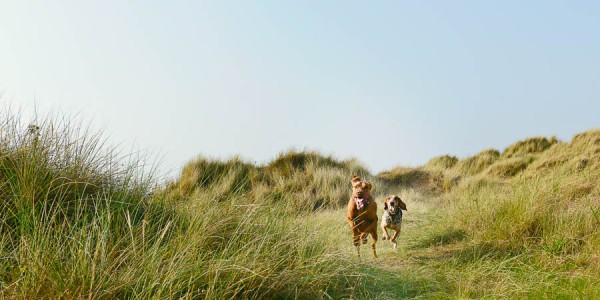 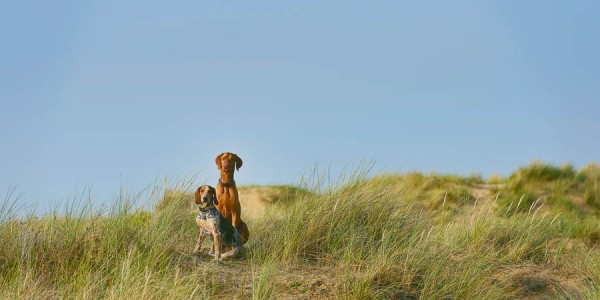 For more great dogs be sure to check out Jonathan’s blog and follow on him on Facebook.

About Jonathan Yearsley Photography:  Based in North Wales, UK, Jonathan offers fine art and portraits for pets and horses.