Beemer is a handsome Airedale that I feel like I know thanks to Facebook and our local photography meet up group (PUG) where I met Stacy Claire.  My sister and favorite Syracuse dog photographer,  Alice G Patterson, had the pleasure of meeting and photographing Beemer. 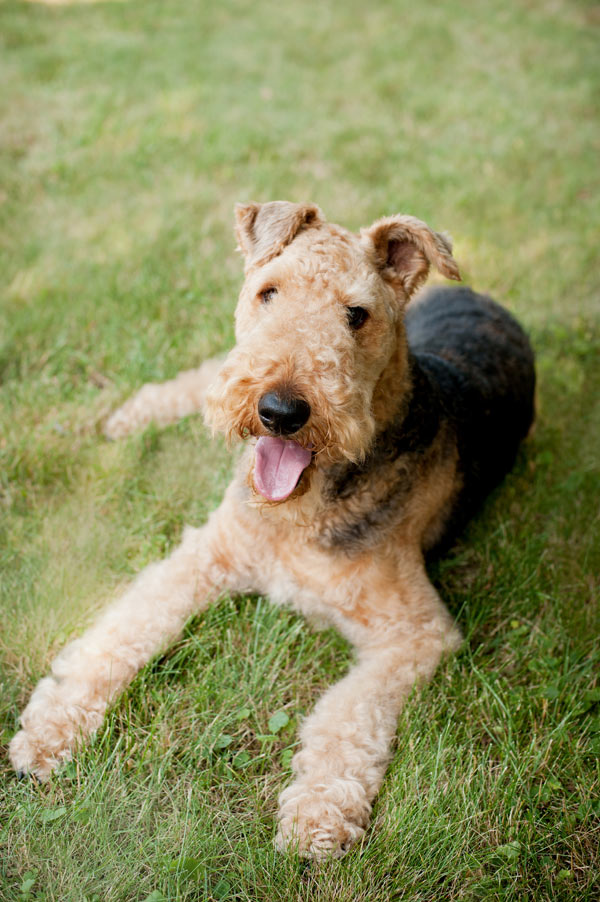 From Stacy:  “​Beemer is the best wedding gift we ever received!  My parents gift to us was to find our perfect furbaby and till this day I get teary eyed when I think about how much he means in our life.  He represents the beginning of our married life together and helped us create a family from the get go.  ​I love this dog.  He is our first baby, even now as we have one year old twin boys I joke that the boys will not be able to fight over who’s #1 because the dog has that spot! 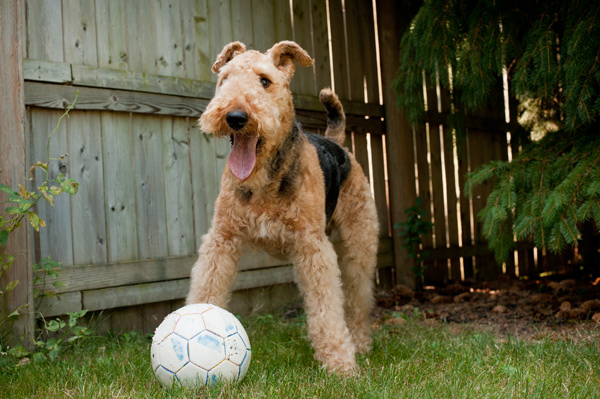 Beemer Boyd is an 8 year old active and energetic Airedale Terrier (King of the Terriers), full of personality and still acts like a puppy. He is quite independent, ambitious and strong willed guy.  Gentle and loyal, he loves to run, barks at everything, needs to be the center of attention, has to greet you with a toy, loves to walk thru your legs (lots of kids have been knocked down because he doesn’t discriminate age) and is quite stuck in his ways (probably a Type A personality).  After all, he was an only child for 7 years.  He lets us know when we need to walk him, is beyond obsessed with ice cream, prefers to play soccer by himself and gets more attention than our twin baby boys have (honestly, my husband and I tally up the comments we get when we’re out as a family – Beemer has always won by a landslide!).  That’s okay – he is pretty cool .  He is so good with our twins – protective of his family for sure! 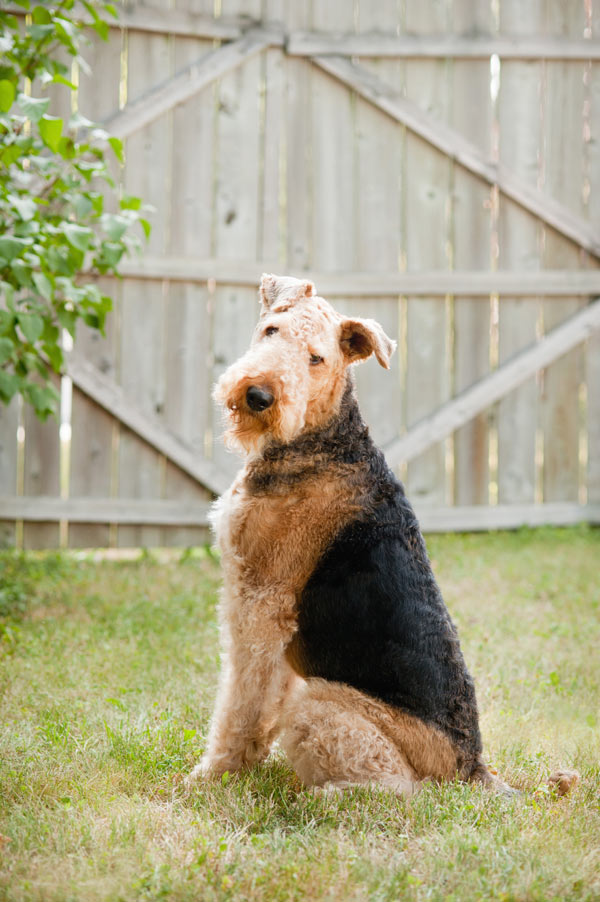 My husband and I love talking about fancy cars and knew we wanted to name our first pet after a vehicle – and since we couldn’t afford the real thing, this guy right here is our BMW!  (I have to say though it feels like the maintenance with Beemer over the years is comparable to what a BMW might be…ha!) Kids have the darndest things to say about this dog because he’s not your average looking dog.  Most recently, a little girl at the park said, ‘whoa!  now that is a family dog, who wouldn’t want that cuteness part of their family.’ The boy next to her said, ‘he has too much hair.’   Beemer has been mistaken for a goat, often gets likened to the dog in the movie Firehouse Dog, and one kid called him a dinosaur dog. 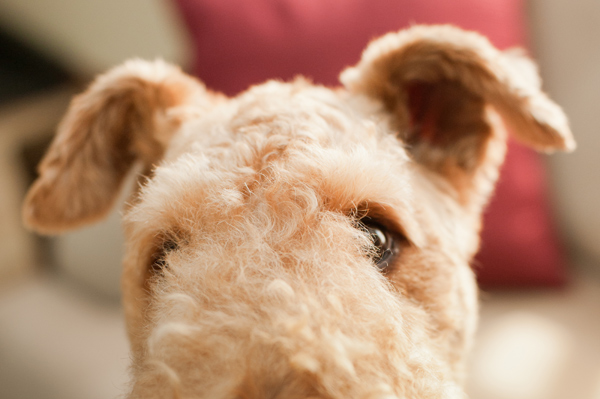 Airedales (or Dales) were bred to hunt small game and have some neat features.  They have hound in them so in order to get the ears to look like a dale, we had them glued when he was a pup, in hindsight we wouldn’t do that again but it left us with Beemer’s signature look – we call it the bum ear (it didn’t quite form right so it swings out a bit).  They have hair, not fur, so often they are considered hypoallergenic.  The standard breed cut is quite suave and sharp looking – very demure.  Here, he has his middle growth – which is so handsome and sweet.  Then his fluffy stage, well he looks like a teddy bear (which is where he gets his middle name from).    We think its pretty cool he has a beard – though we wish we would have trained him to wipe it after drinking water.  Not usually a guest favorite when he greets you after satisfying his thirst!  Also, because they would hunt foxes into holes, their tails are built such that you can pull them out by their tail without hurting them.  We have on occasion had to employ this feature when he was misbehaving and wouldn’t move.  It is amazing it doesn’t hurt them.  We like that he has a trotting gait like a horse when we walks…sometimes like he’s prancing. 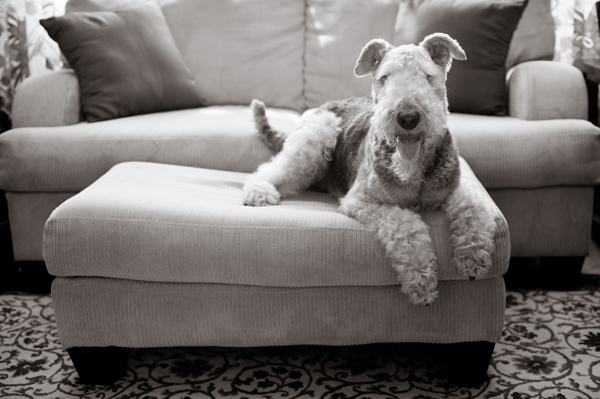 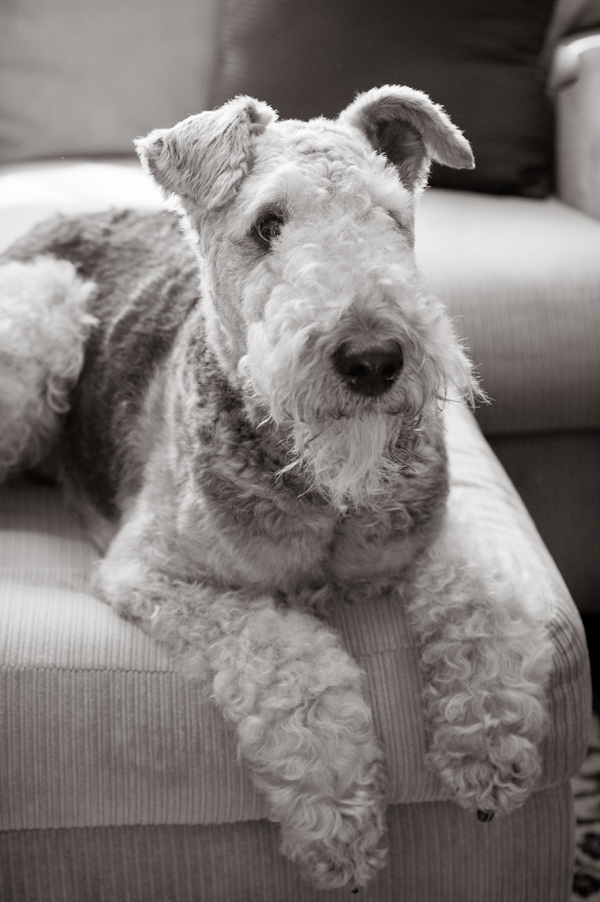 Well, I could go on and on about this guy.  He’s such fun and a joy to figure out.  We are grateful he came into our lives – we had our pick of 2 male dogs from the breeder.  The one pup (whom we would have called Bauer) came running right into my lap and snuggled me and kissed me all over.  Beemer, on the other hand, came out of the pen, peed on the steps, chewed up the poop shovel, and pounced on Bauer and wouldn’t sit still for a moment.  I looked at my husband who was laughing.  Luckily, he has continued to make us laugh all these years later.  Love ya Beem! 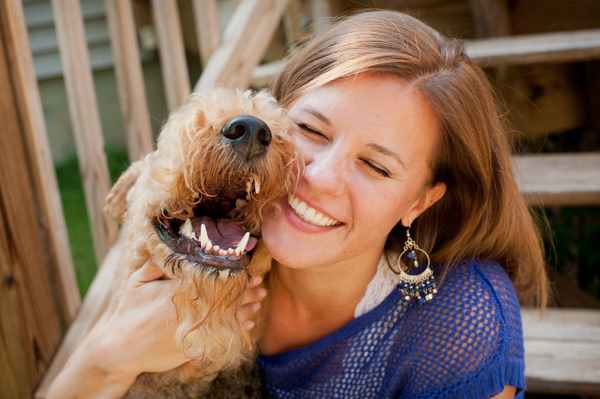 About Alice G Patterson Photography:  Based in Syracuse, Alice is a bi-coastal portrait photographer.  She specializes in portraits for pets, high school seniors and small business owners.   Alice has three dogs of her own, Franny, Lulu and Darla.