I hope you had a great weekend!  Today’s feature is from the Big Apple and while it isn’t springtime yet, this joyful session from Priyanco Rao Photography has me looking forward to warmer weather! 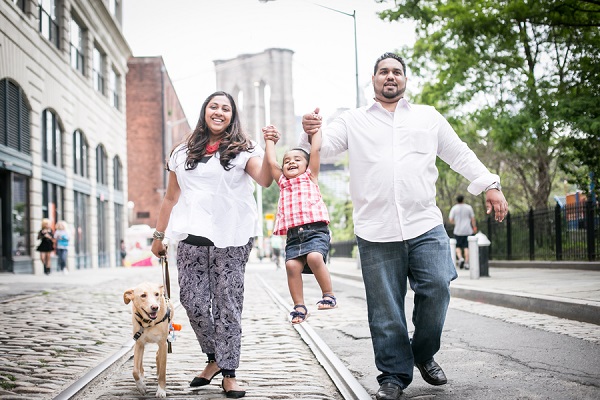 From Loki’s mom:  “We adopted our pup from a shelter when he was 14 weeks old.  Apparently he was found under a porch of an abandoned house in Virginia, with 7 of his brothers and sisters.   He would have been euthanized if not adopted.   We named him Loki, partly because my husband was an avid comic book fan and I was always intrigued by Nordic mythology.   The name was fitting, the first thing he did when he came home was pee on our rug.  He had made his mark, he had found his home and family.   Our family grew once again 2 years later with the birth of our daughter. 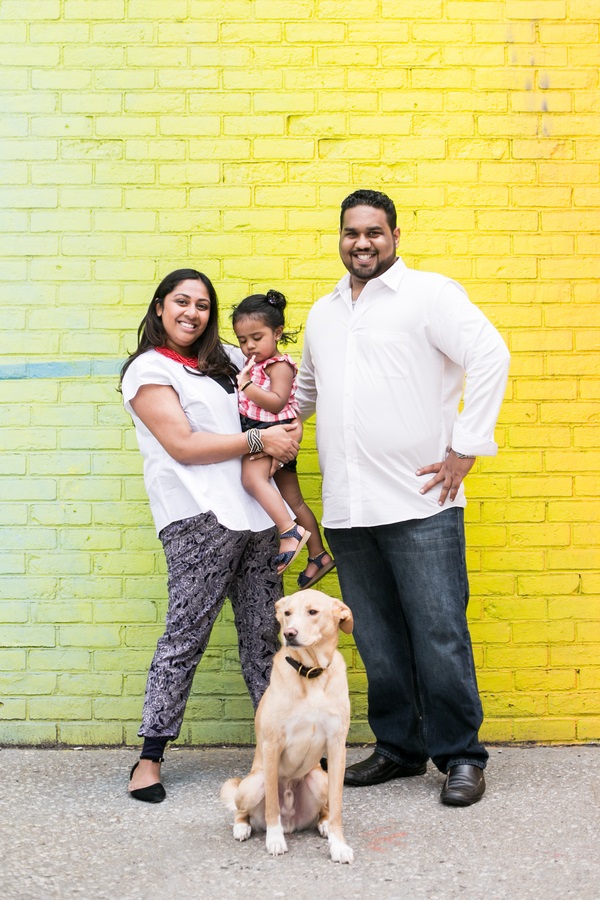 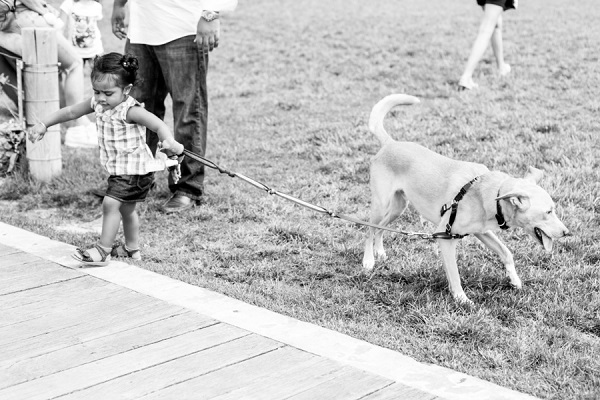 At first we were concerned that upon her arrival, Loki would be just as his namesake and truly become the god of mischief.   Luckily we were wrong, he was the exact opposite.  His paternal instincts kicked in and they became inseparable. 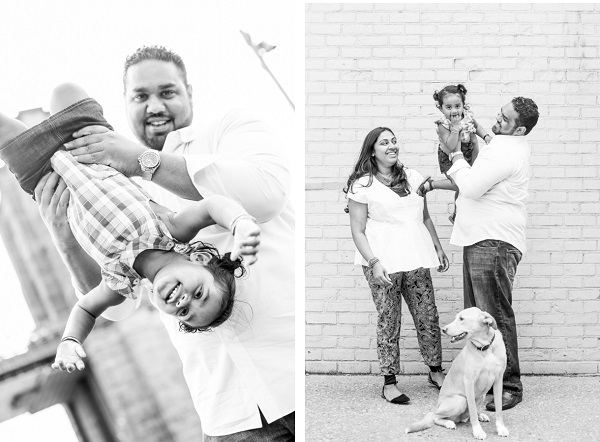 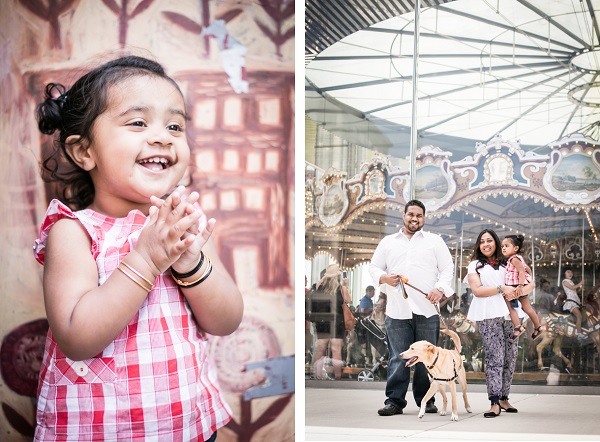 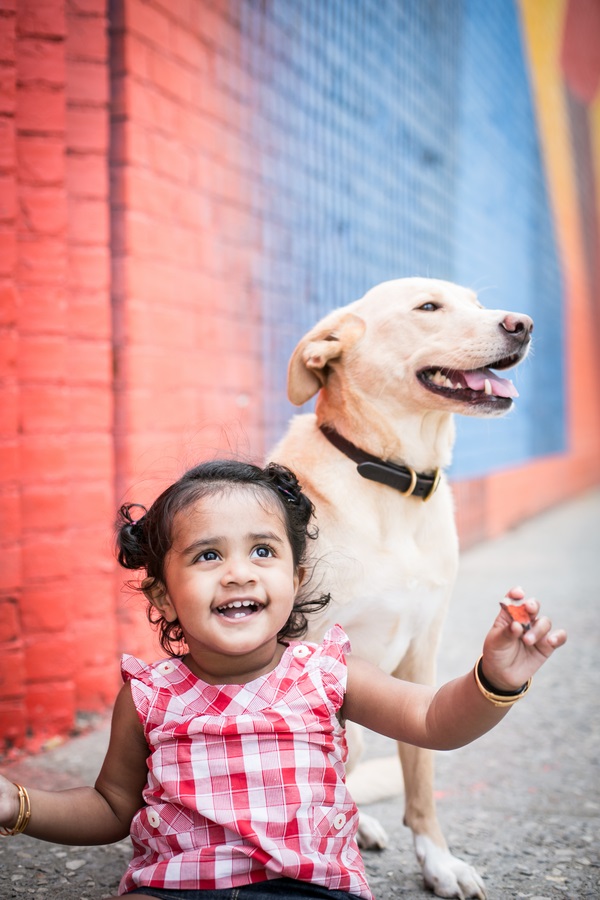 Our daughter Aislinn is now 2, and we often find them together in HIS bed taking naps, or hanging out side by side.   He is in every Christmas card, every family photo, because that’s what he is…Family.   We are lucky, we have been blessed.   We have been blessed by the god of mischief.”

You can see more of Priyanca’s photos by following Priyanca Rao Photography on Facebook.

Priyanca Rao Photography is a NYC based family photographer who captures families in their element and shows their personalities through her colorful photographs.