No matter how much time you have with a loved one, it is never enough.  Tina Quatroni from Petcha Photography offers Honor Life Sessions, because “Death leaves a heartache no one can heal, photos leave a memory no one can steal.” Major, the Landseer Newfoundland, may be gone, but he lives on in these photos and in Andrea’s heart. 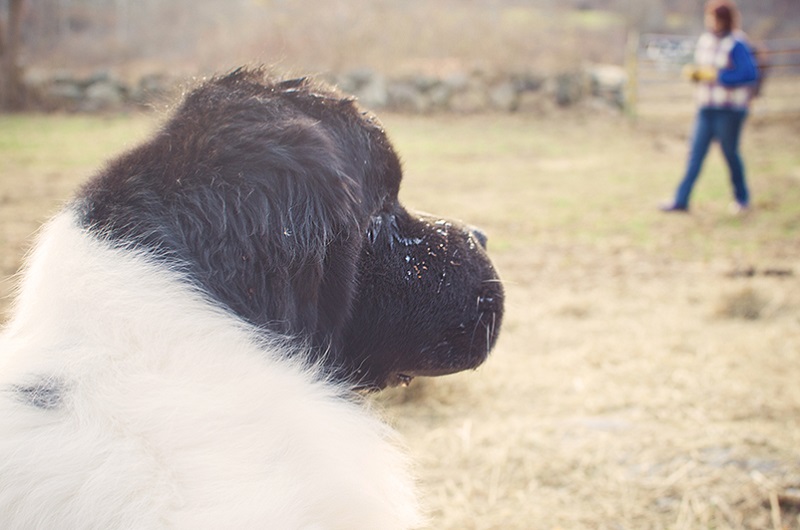 From Tina:  “Some time ago, I had the pleasure of visiting a friend and her beautiful Landseer Newfoundland named Major. He was an almost ten-year-old bunch of fluffy handsomeness.  Andrea and I have been friends for a short time, but I have met her horses as well as her Landseer a couple of those times. She sent me a message on Facebook to look into photos of her boy once she learned he had aggressive cancer that would progress quickly in a short amount of time. She knew she had to make this choice for him because we all know they will not make it for us. Our fur families always put us first in their lives, and Andy knew it was time to put Major first this time.

We had a beautiful late afternoon sun to shoot on her farm with herself, her pups, and her beautiful horses. The light was perfect, as though God knew this moment was meant to be memorable for her and him. Anatole France said it perfectly ‘Until one has loved an animal a part of one’s soul remains unawakened.’  After our shoot, I sat down and wrote a mini interview for her, because I wanted to hear in her own words her thoughts and feelings about her boy. Nothing can express these emotions better than the heartfelt words of a mother.” 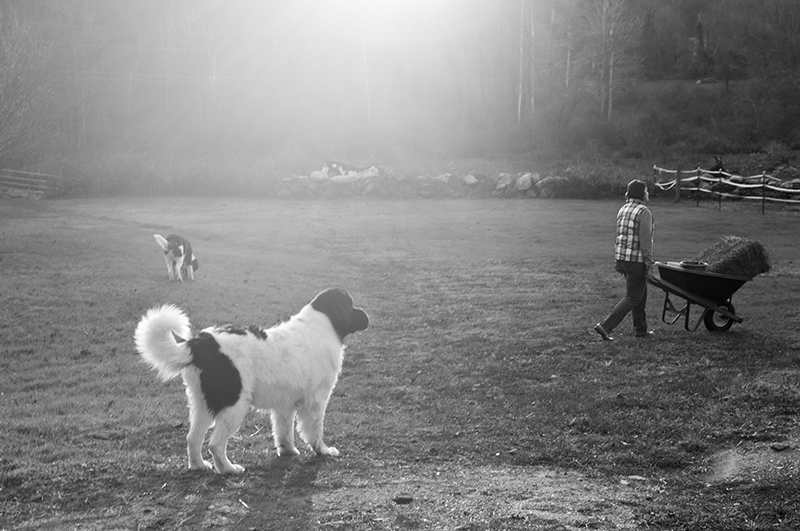 From Andrea: “I rescued a dog while in college who was half Newf, and all of the things we fell in love with were from the Newf breed. The devotion to people, the kindness and generosity of spirit, and such a joyful creature to live with as well.

I have met so many people because of my boy. Major attracted attention from young and old, male and female. His passing has left a severe hole in my heart; he was my best friend. He was my constant companion. From dog shows to water rescue work, to rally and horse shows. My vacations were spent with him, as I usually go horse camping so that he would go as well. I enjoyed and treasured every moment with him, even his last.

Major was an opinionated fellow. He always knew right from wrong.  And you could never tell him he was a ‘bad boy,’ or he would grumble, seemingly disciplining himself. Major loved to play, always had a ball. Whether a tennis ball or his jolly ball, he was always up for a rousing game of fetch. 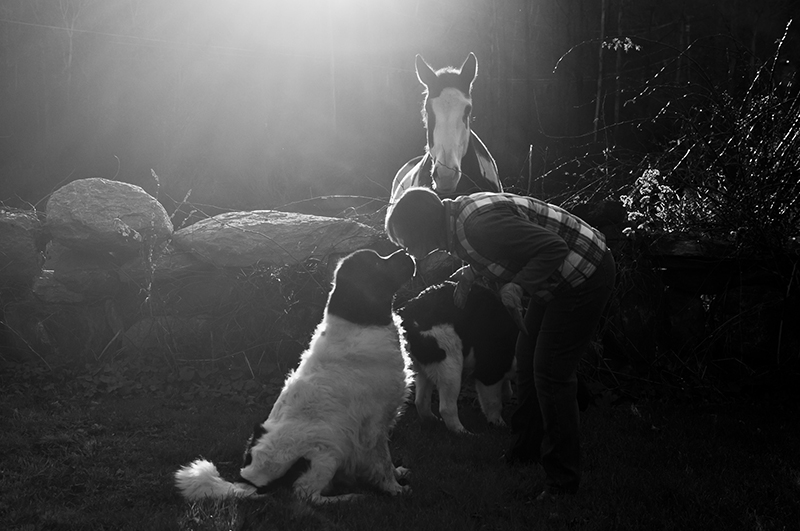