These photos could have been taken during a wedding, but they were actually taken to celebrate their first anniversary.  Moose and Moana, the Pugs, joined their humans for some of the photos with Spotlight Studios. 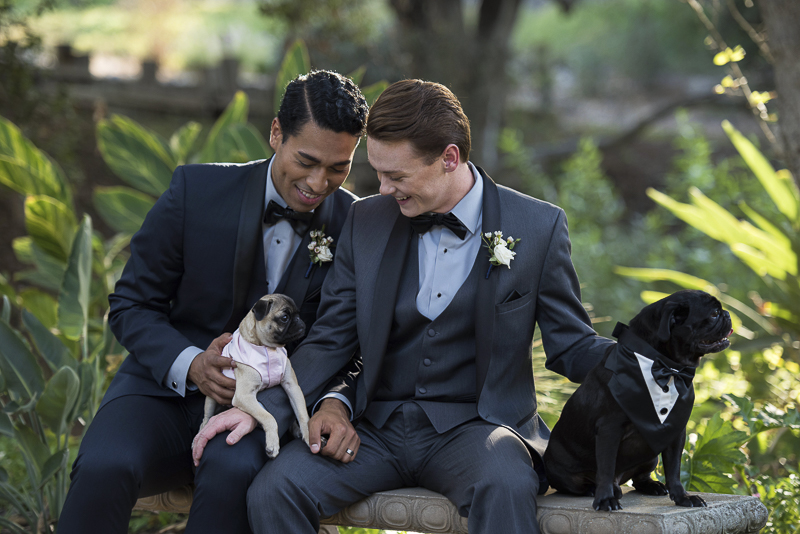 From Kyla:  “Ala and Dylan recently added a new member to their little family! They now have two fur babies, Moose and Moana- a pair of snoring, silly, and friendly pugs. Moose is about four years of and is the king of the household. He is goofy, loves sleeping, and snorts when he runs- what could be cuter? 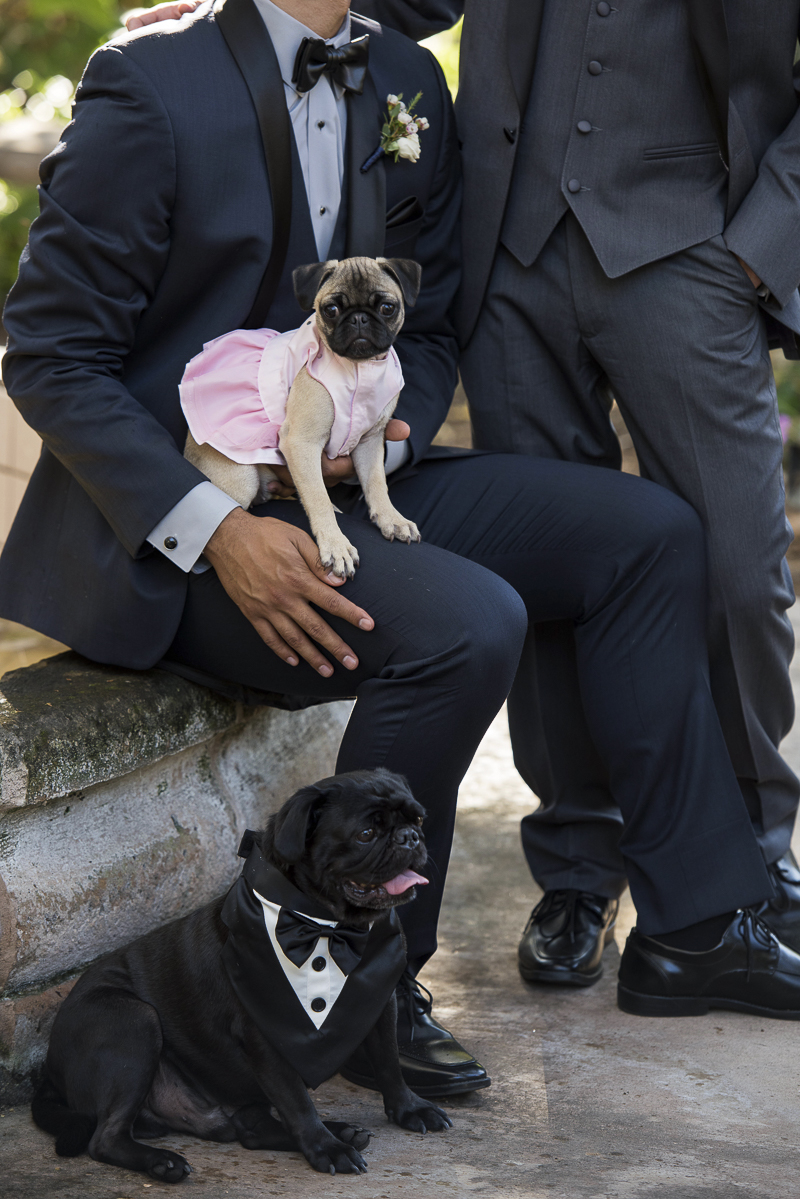 The couple recently welcomed Moana into their family, the fawn-colored pug in the pink dress, and she is about six months old.  Both Ala and Dylan work at Disneyland, so they thought it would be the perfect name for their new princess! She follows Moose around the house and loves exploring new places. 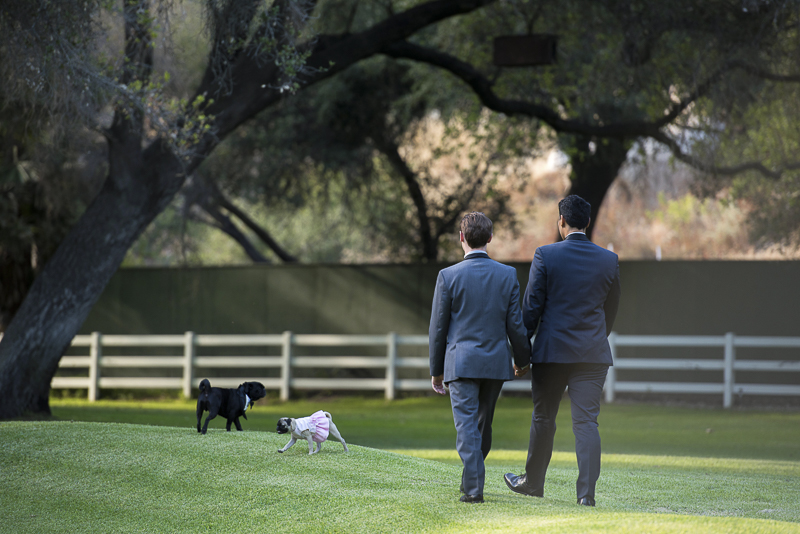 The two of them went off exploring the grounds during our photoshoot like they were best friends discovering the world. Nothing is better than your pets being best friends and part of your family. 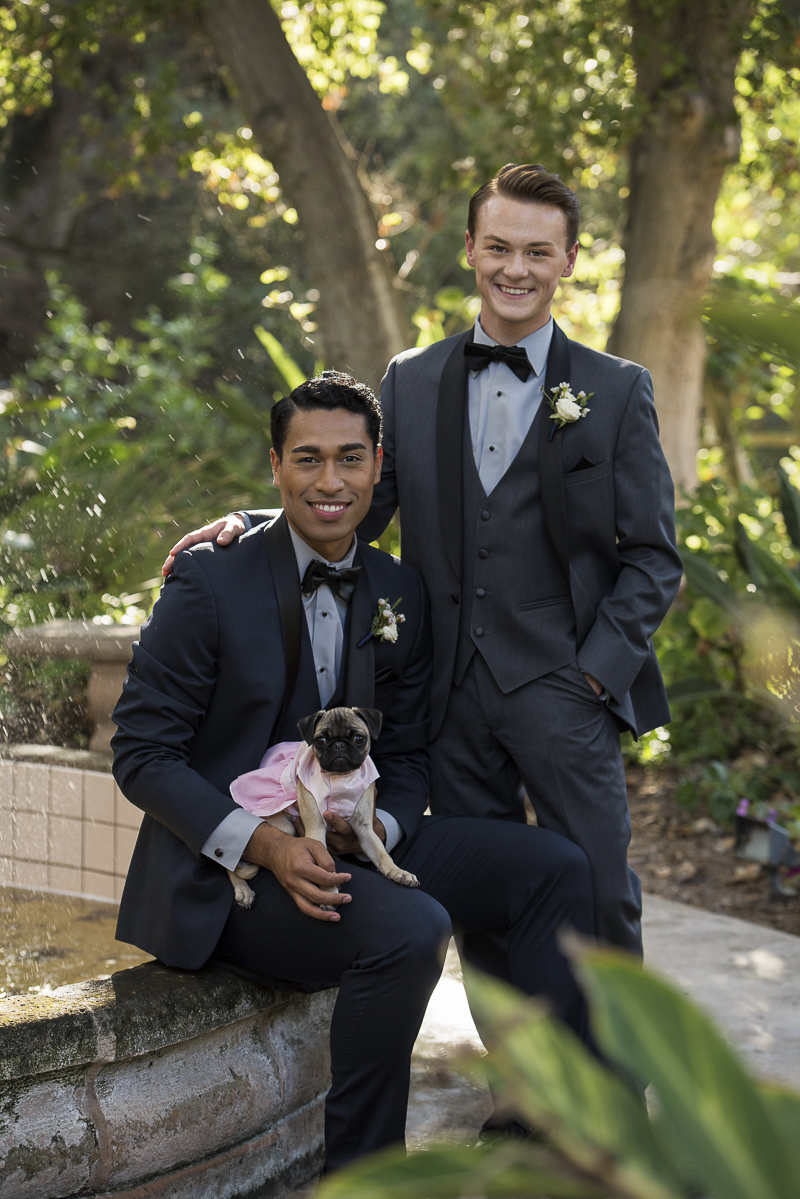 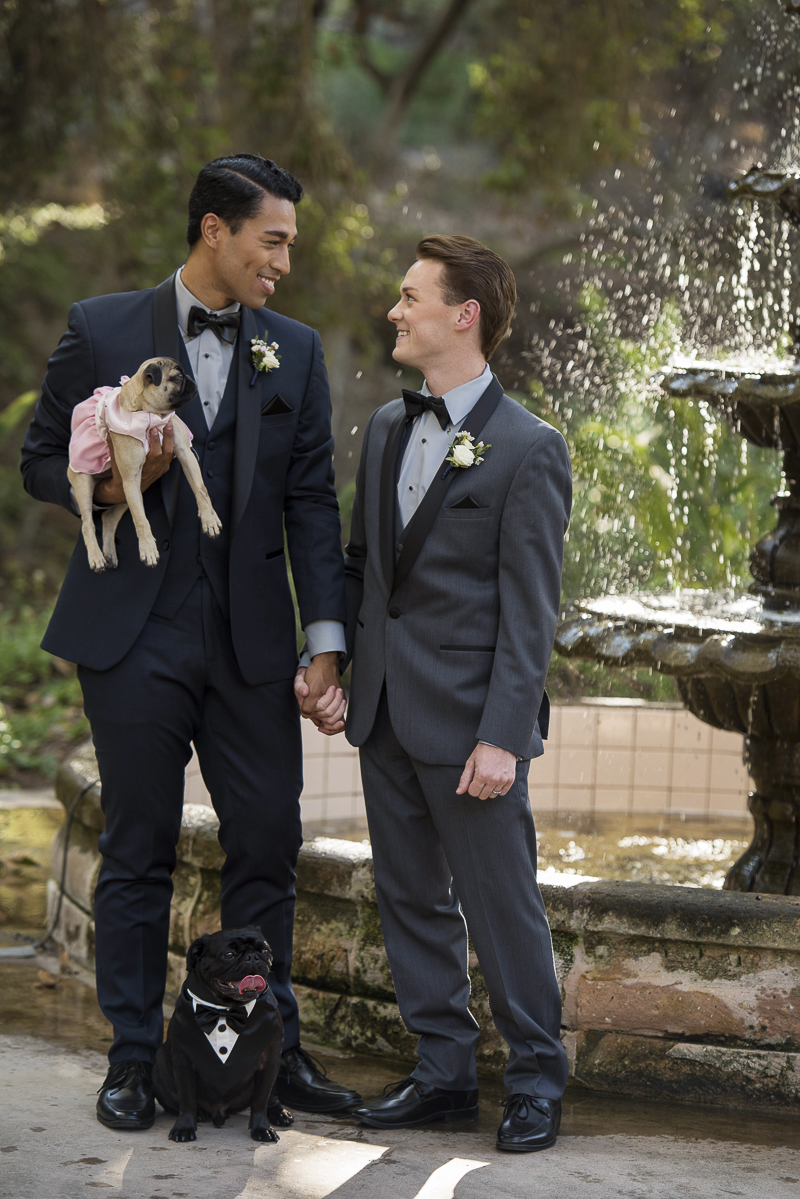 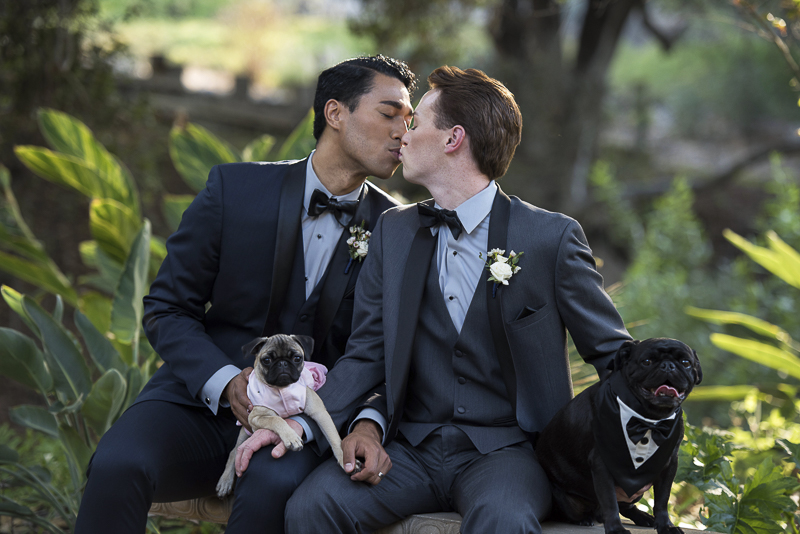 They participated in the shoot as a fun way to celebrate their first anniversary and wanted to share photos of their love and fur babies with their families and friends.”