Imagine having  your whole life  transformed from stress filled to amazing  in a single afternoon.  That’s exactly what happened to Scotch the dog.  Sara Robertson from Wolfcrest Photography  volunteers as a photographer at Spotsylvania Animal Shelter and takes some great adoption photos.  Her husband, Adam also volunteers.  At least one lucky dog received a  permanent “get out of jail card free” courtesy of Sara’s and Adam’s kindness.  Sometimes a dog in the shelter gets consistently overlooked because his true personality doesn’t shine through in a shelter situation. Sara and her husband decided to give one such a dog a break, and it literally changed his whole life and proves that fostering makes a difference. 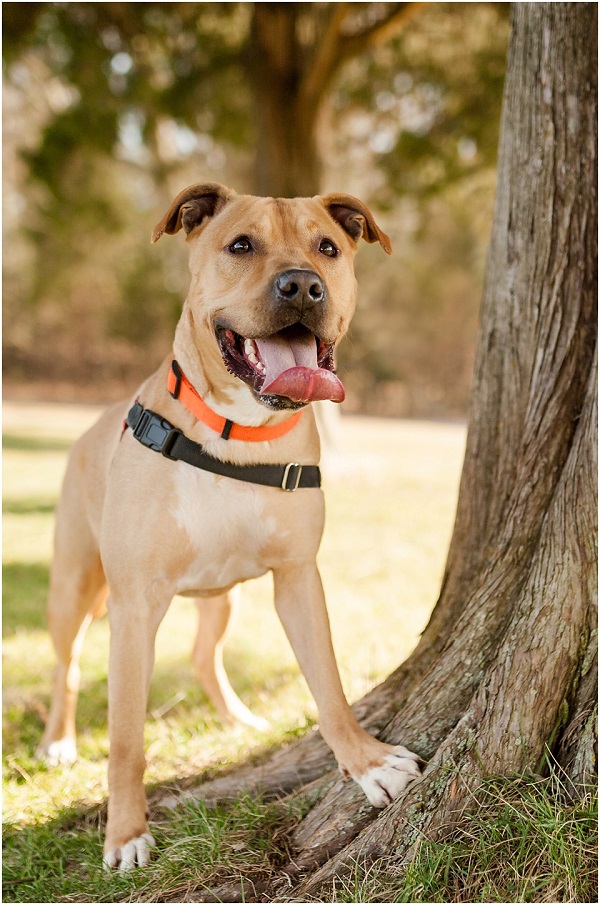 From Sara:  “My husband and I go over to the local animal shelter once a week while he runs a few of the dogs to let them stretch their legs and release some pent up kennel energy and I photograph the cats for the shelter’s Facebook page. One dog in particular stood out to my husband Adam because he had a ton of energy in the kennel and showed badly at the shelter because of it. First impressions should really not be based on kennel behavior since animals are highly stressed and understandably, many times do not act like themselves. When people see dogs running in circles and barking loudly in their kennels, it’s typical of that dog to be immediately written off because of it. But if you take a chance on them and just see how they behave outside, oftentimes you’d be very surprised.

Scotch was one of those dogs that Adam would try his best to run each time we’d go in because he had a ton of built-up energy and knew that he was being overlooked because of it. He had been at the shelter for a long time and it was very likely that his ability to become adopted was reduced from the first impression he leaves being amped up inside of a kennel. Adam and I decided to take Scotch to the park for one afternoon to see if we could learn more about him. 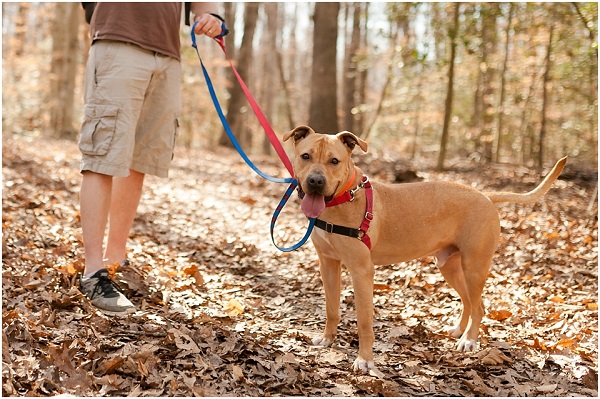 I joined alongside and snagged a few photos of him while we were there. 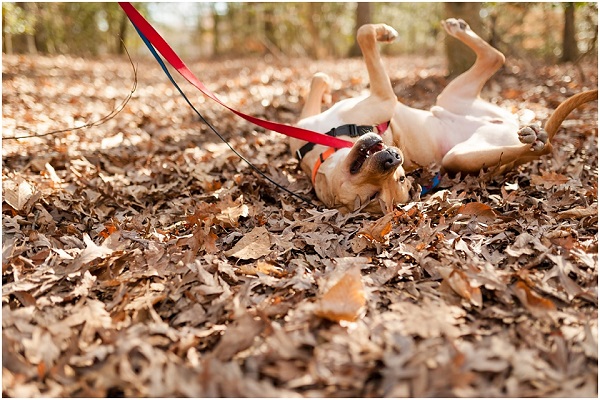 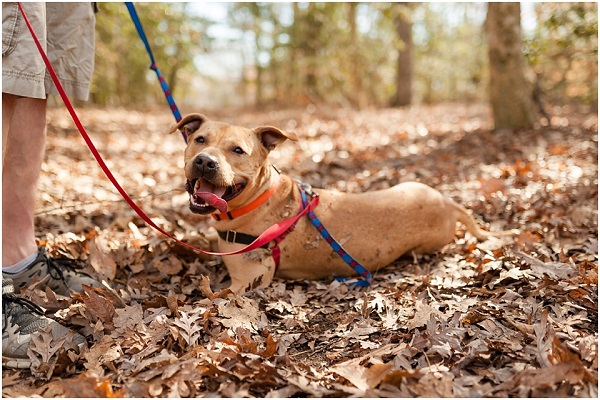 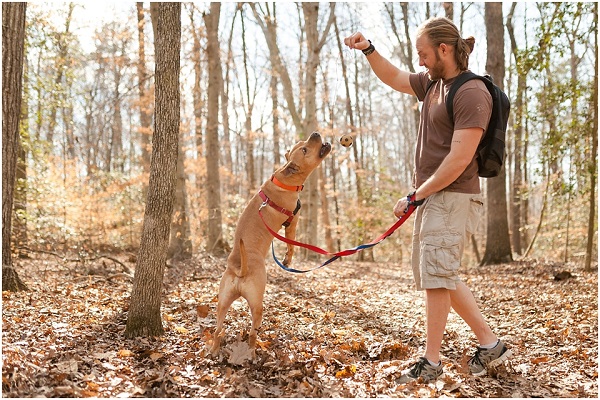 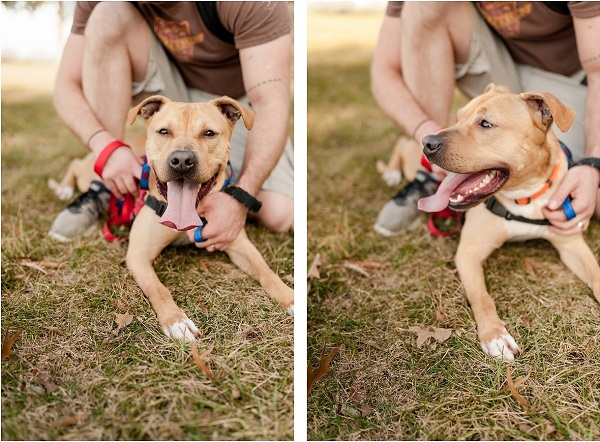 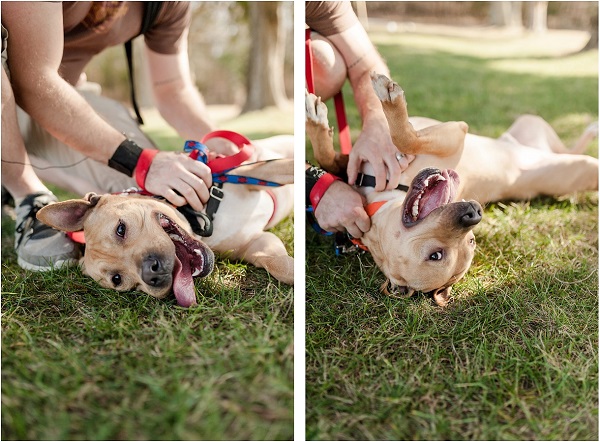 Sure enough, he did so amazingly well that we decided to take him home to see how he’d do in a home environment and in our fenced backyard.  As much fun as he was having with us at the park, we just felt so horrible at the thought of bringing him back into the shelter when we knew he would have so much more success finding a home if he could be in a foster home. 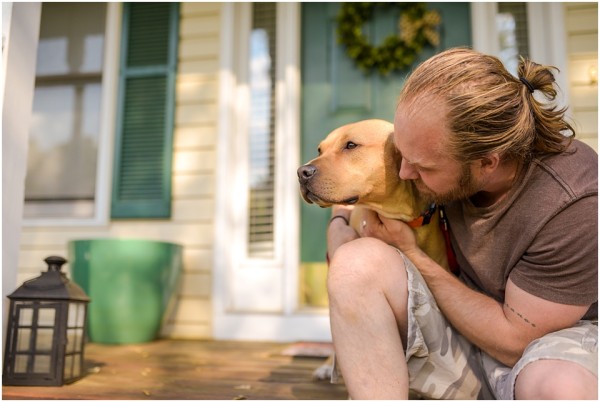 When we brought him home, he behaved like a perfect angel (an energetic angel, but still adorable and precious as can be) so we decided to foster him starting from that day. He is crazy smart and very quickly learned sit, stay, shake, and down. We worked with him to help him find his forever family over the next three months or so and with each passing week, grew more and more fond of him. He is a total sweetheart and quite honestly we were very torn and considered keeping him ourselves, however we have three small senior dogs and knew it wouldn’t be the right fit for Scotch or our other babies based on his energy levels and the kind of home that would be best suited for him. 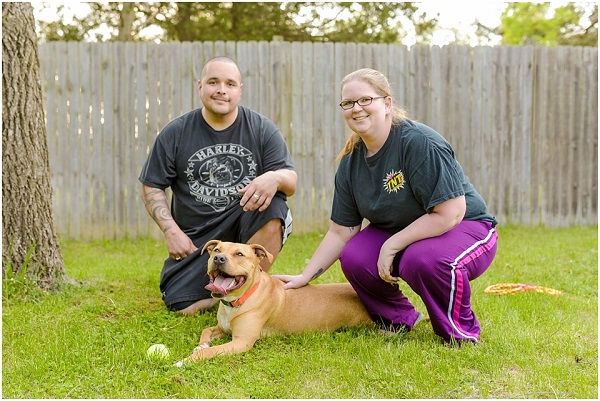 At the beginning of May, a couple contacted us wanting to meet him and fell in love instantly. She wanted to adopt him that very day, but we pushed for a trial run to see how it’d go and to make sure it was going to be the right fit, but they sealed the deal soon after that. Since then, he’s graduated from a beginner training class and has made even more progress than he had with us, so he is now signed up for an intermediate class! They are enamored with him, he is showered with love (and plenty of exercise, of course), and they even send me photos and videos of his sweet, happy face a few times a week if not daily. An even more awesome part of the situation is currently they are living in the very same neighborhood as us, so sometimes they take walks down to our place so we can visit with him! It was honestly so hard to let him go at first, but we knew that we had to think of what was best for Scotch as well as what was best for our other dogs. Knowing we could help another by fostering for the shelter again was a little more helpful to our decision as well, and about three weeks ago we broke another dog out of jail (from the same shelter) and we now have another happy foster boy! We truly believe that this was the right fit for Scotch and that he’s found his forever home and we couldn’t be happier for this sweet boy.” 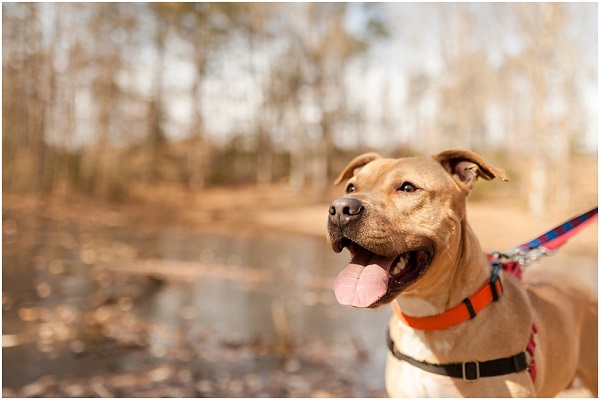 I have never fostered an animal, but I am so happy there are people like Sara and Adam who can make such a huge difference!  I know that many people can’t foster for lifestyle, economic and space constraints, other people think they can’t bear giving a dog up after they’ve made an emotional investment.  If you are in the second group,  I ask you to think about the emotional satisfaction that you’ll get if you foster and help a dog like Scotch.

You can see more of Sara’s photography on her Facebook page.

About Wolfcrest Photography:  Based in the DC area, Sara is a wedding, portrait and events photographer.  She has 3 dogs of her own and a chinchilla.