We’re starting off the week with a smile thanks to this puppy engagement session from Joey Photos.   Joelle Julian photographed Waffles, the Golden Doodle, and his family in gorgeous San Diego, California. 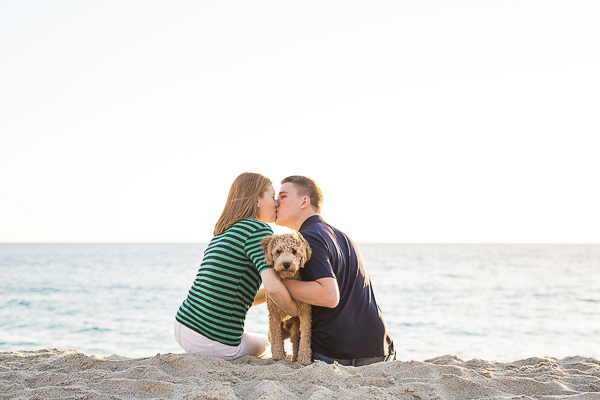 From Joelle:  “Meet Peter, Hillary and the adorable puppy Waffles, a golden doodle. I believe he was about 6-9 months in these photos. I took these engagement photos at Treasure Island Park in Laguna Beach. Peter is from Minnesota and Hillary from Nebraska, and they met online a few years ago. Work brought them to Orange County in 2015. They will be getting married this summer in Omaha.” 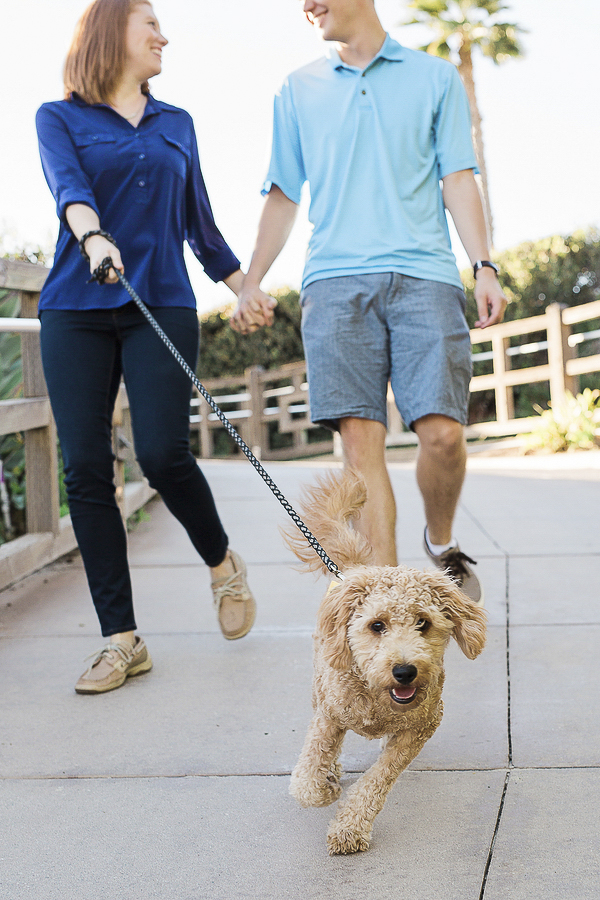 From Peter and Hillary:  “This is Waffles, our curly-haired bundle of energy in the shades of his namesake breakfast food. 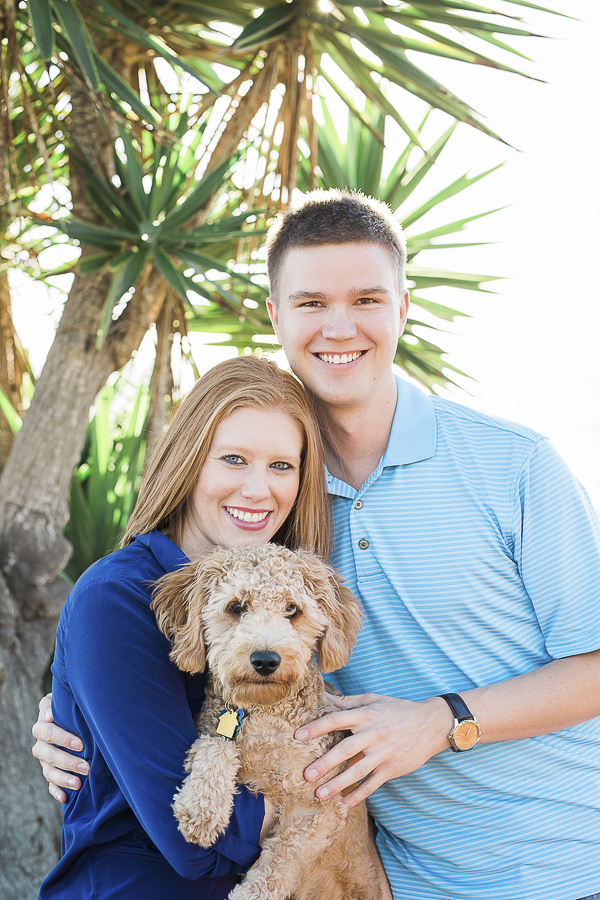 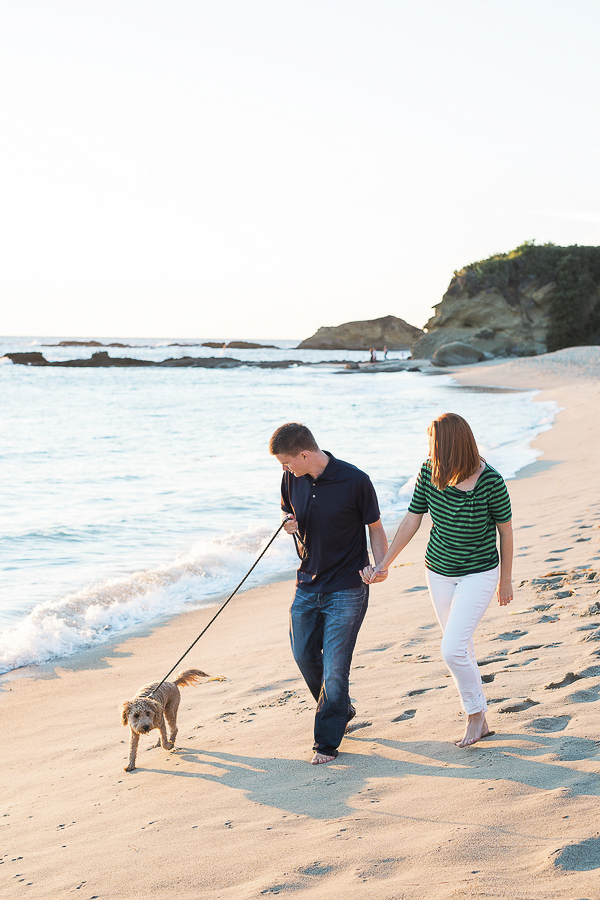 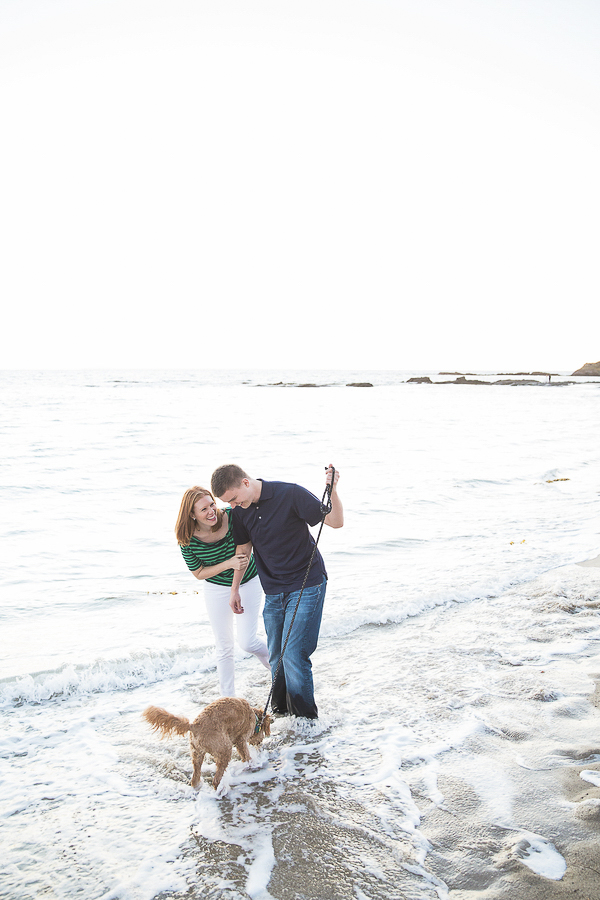 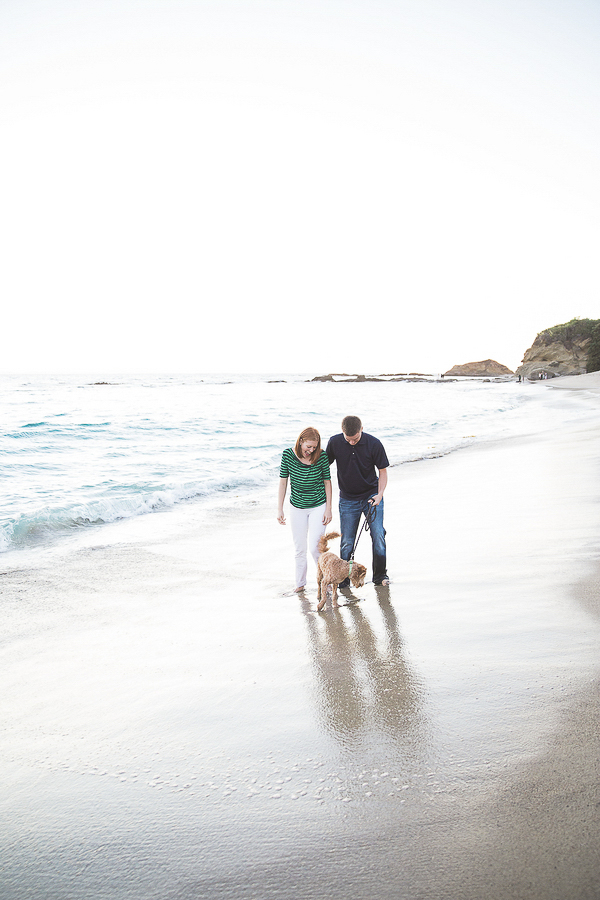 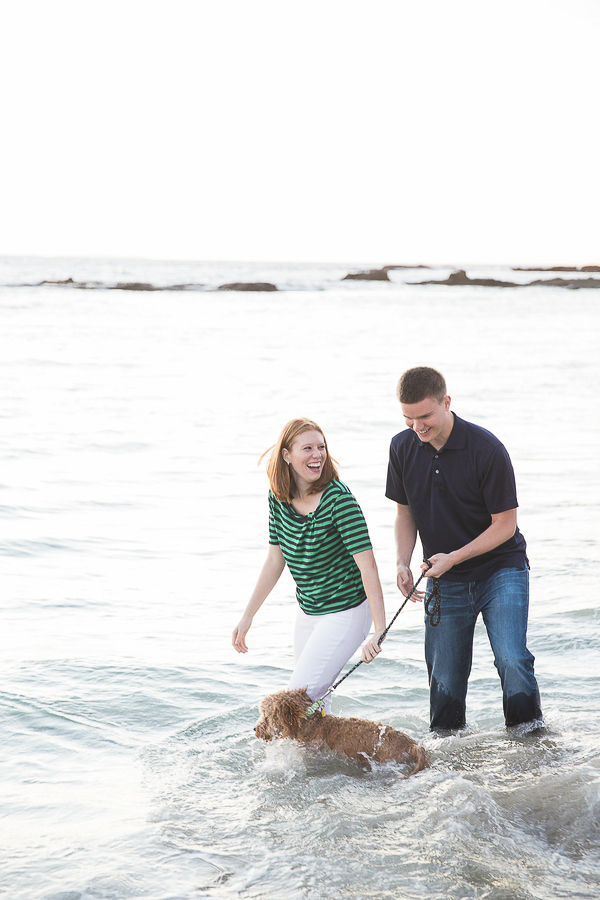 Doing the shoot on a beach in Orange County was the perfect place after recently moving from Minnesota with Waffles. Waffles loved digging through the sand and running through the waves when he wasn’t busy having everyone’s affection. 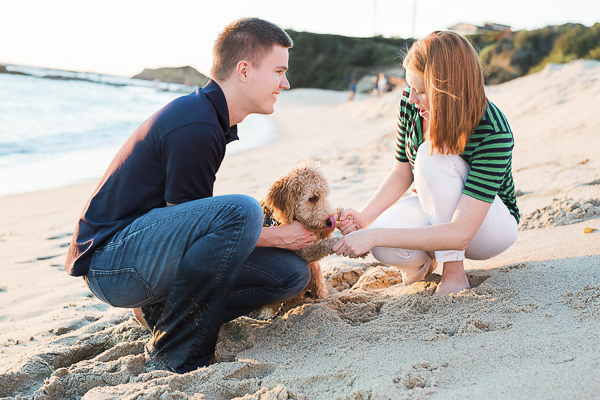 His curly hair is amazing for not shedding but has the downside of capturing an entire sandbox within it. He got a much-deserved bath at the end of the day after we wrapped up the photo shoot.” 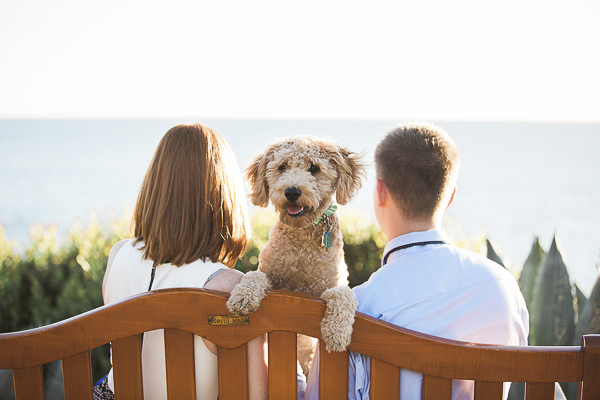 For the rest of their engagement pictures, visit  Waffles and his family on the Joey Photo blog.   Follow Joey Photo On Facebook to see more her work.

Do you and your dog(s) enjoy days at the beach?  While I’ve never taken my dogs to the ocean, I love taking them to a lake with a beach.