I was captivated when I saw  one of these photos on Pinterest.  Naturally I went to photographer Graeme Williams‘ website to see if he had any more.  I was delighted to discover he had an entire series.  I am so happy to share his beautiful portraits of two dogs.  These are probably the most acrobatic dogs I’ve ever seen.   I know it is only Thursday here in the United States, but these photos make it feel like Friday! 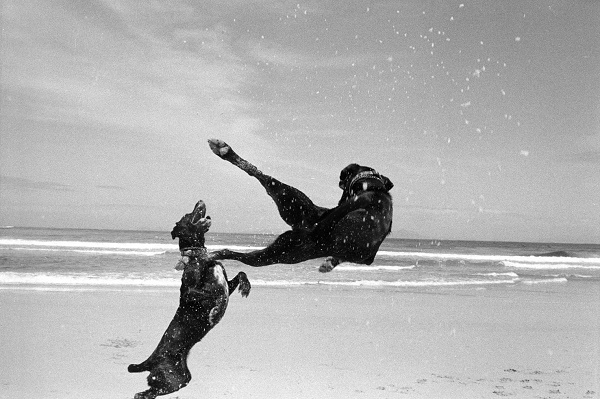 From Graeme: “The two dogs featured in this series were holidaying with their owner at a beach village called Pringle Bay, one hour’s drive from Cape Town.  They would get up in the morning, run over the dunes, and then play energetically for the rest of the day.  They seemed to be in perfect attuned. 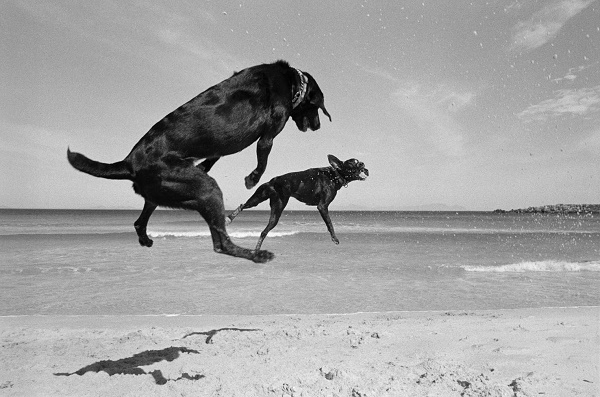 This set of photographs was taken during two successive stays at Pringle Bay over the Christmas period. The dogs would interact with me for a while and then get bored and race off on some other adventure. I would try to attract their attention by flicking sand up into the air with my toes while photographing their gymnastic leaps and joie de vivre. 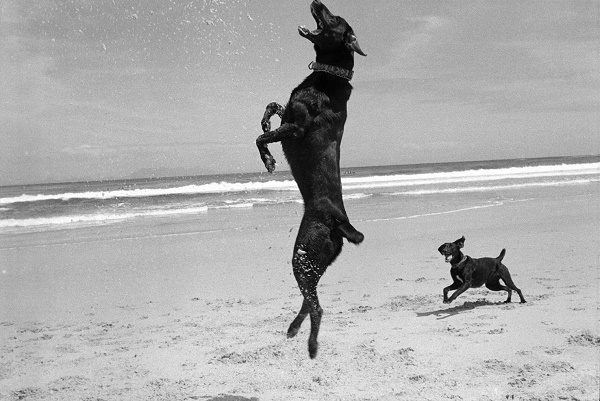 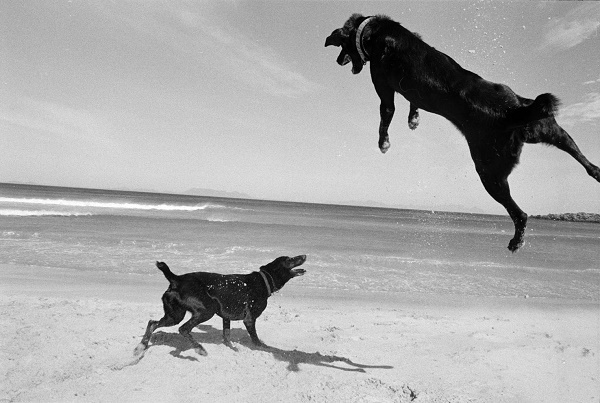 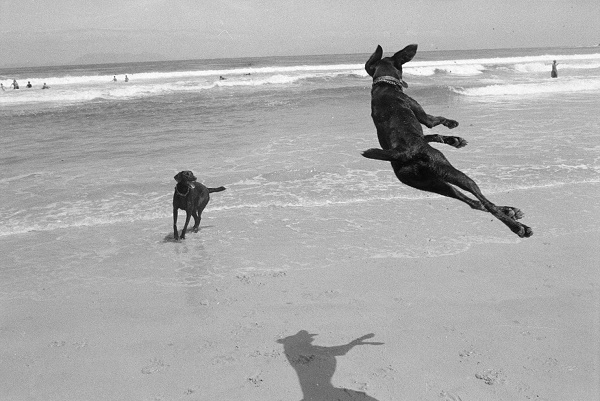 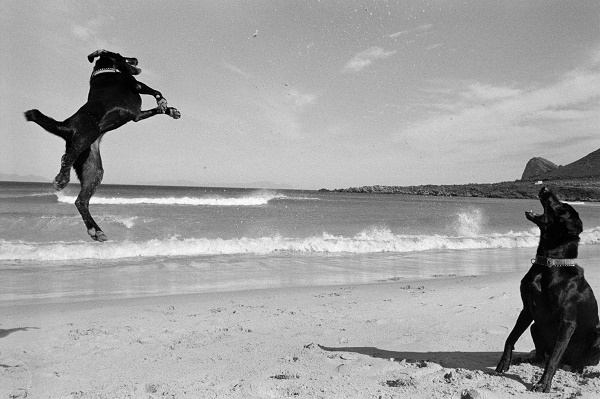 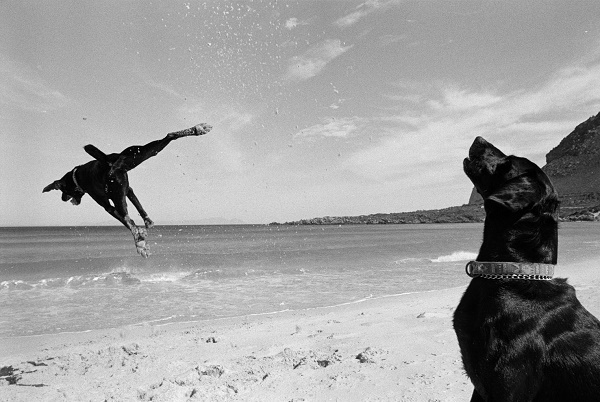 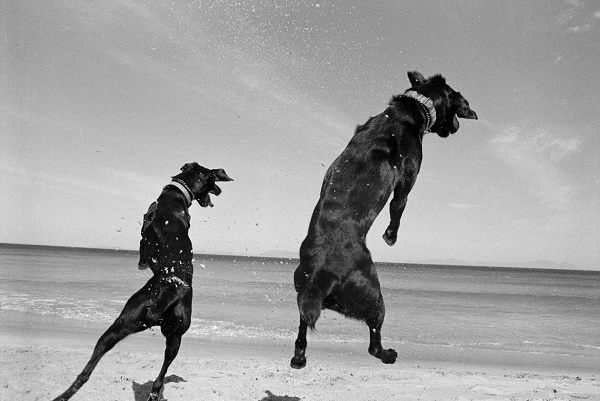 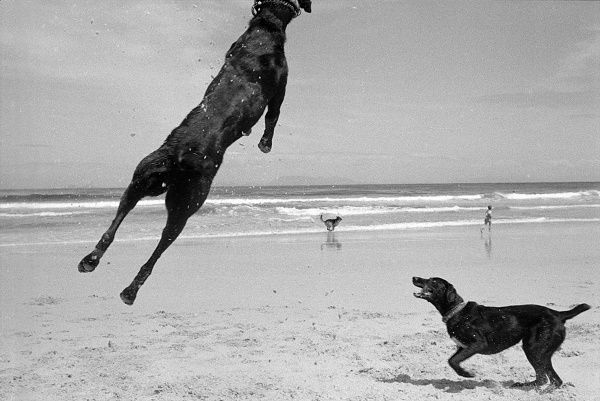 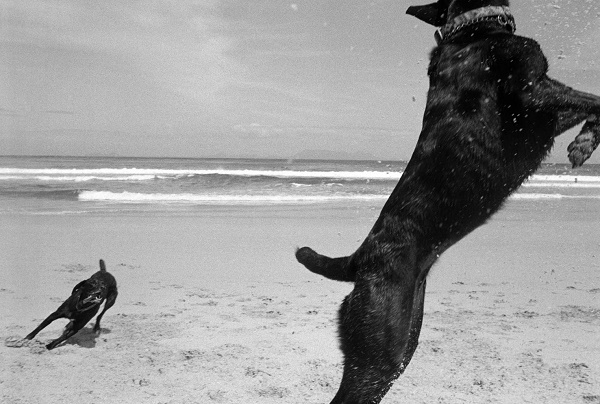 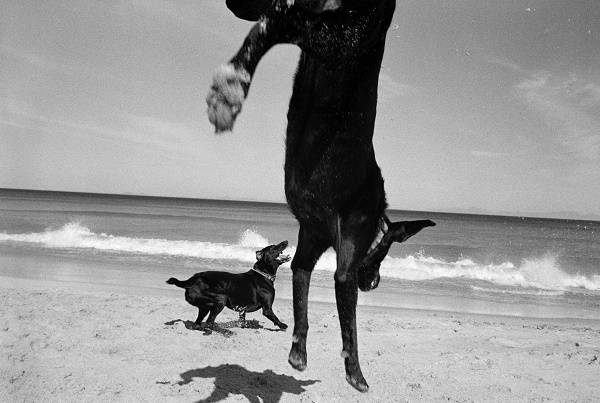 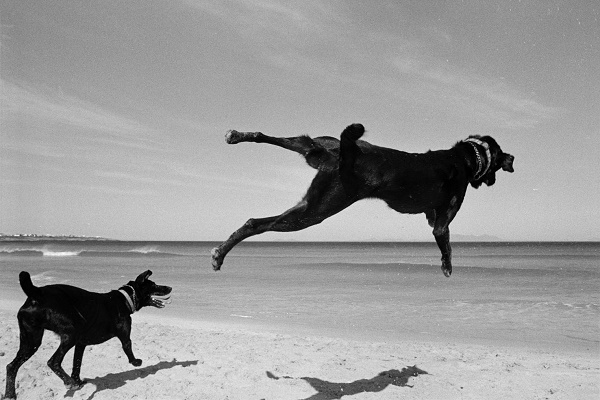 The owner of the two dogs contacted me in 2012 to say that the dogs lived to the age of 19 and they died within three months of each other.  They were twins called Conney and Roxy and were a mix between a Weimaraner and a border collie.  Their ashes were scattered over the beach where they spent their holidays.”

About Graeme Williams:  Based in Johannesburg, South Africa, Graeme is a photojournalist whose assignments have taken him to over 50 countries.  His photos have been published in  National Geographic Magazine, Time, Newsweek, The New York Times Magazine and Photography magazine (UK).