I admit to being a bit of a blog stalker.  Once I saw that Rochester wedding photographer, Megan Dailor, not only takes beautiful wedding portraits, but also has her own adorable dog, I started dropping not so subtle hints about how much I’d like to feature her Schnauzer-Border Terrier mix, Pepper. 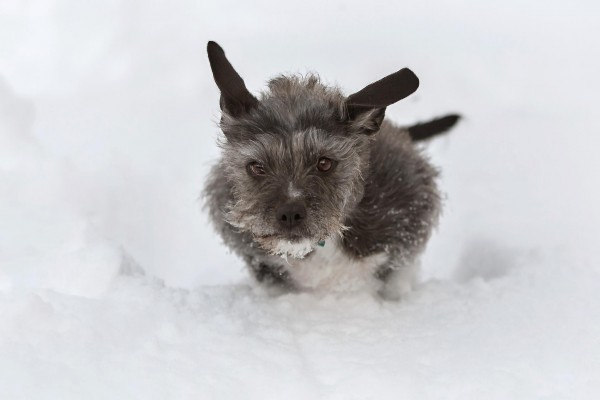 From Megan:  “Pepper was surrendered to a very high kill shelter  in North Carolina along with an older bulldog with a couple of ailments.   The people from Robeson County Humane Society regularly visit this shelter to rescue pets when they have space available.  They had one space available, and since Pepper was a puppy and in good health, they took her.  The idea of  that scenario still haunts me.   From what I can tell, Pep spent around 6 months at the shelter.   Meanwhile, I was searching petfinder for Schnauzers and not having much luck… there are not many on there! I kept expanding my search and found Pepper listed in NJ and was immediately smitten with this schnauzer/border terrier mix.   I then discovered that she was actually in North Carolina, but was relieved to learn that RCHS does transports.

After about a month of anticipation, I hit the road to pick up my girl in New Jersey.    When the transport van arrived at 7am, my poor little wild-eyed pup was in extreme terrier mode… nose to the ground, pulling as if her life depended on it.   She was probably so stressed out from all the change and such a long car ride, so she was like a little wild animal… she basically didn’t interact with us at all, and wasn’t interested in treats (and she is highly highly food motivated, so in retrospect that says a lot!) We took her for a long walk before I packed her up in my car and started the drive to Rochester.   Got home and took her for another long walk just as it started snowing (her first snow!) before taking her in the house to look around.   She was so tired out from the stress and walks that she pretty much gave a quick look around the house and then plopped in her bed.” 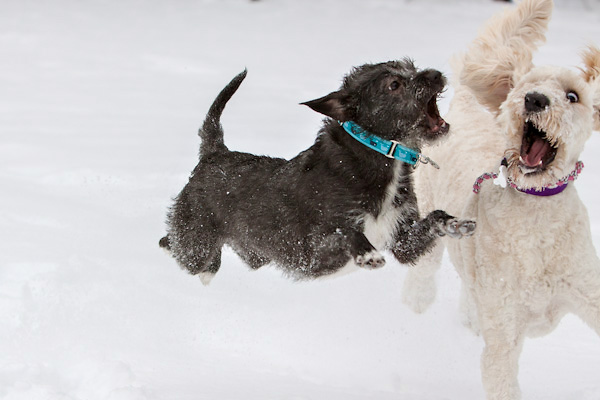 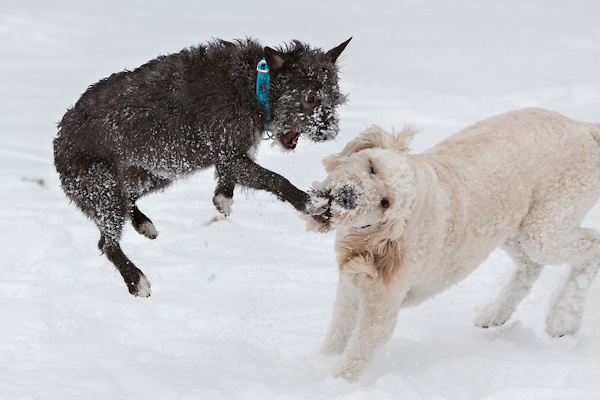 There were a few small bumps in the road at first- she growled at the first few people who came to visit, but it was just uncertainty (now she tries to make out with everyone… it is known as “getting Peppered” amongst my family and friends!) and she had some mild separation anxiety, but other than that she has been an absolute dream.   She loves to play.   Pepper loves to snuggle.  She is hilarious and sweet and makes everything more fun.   Everything she does is my new favorite thing.   She growls while she digs holes, she loves to burrow under things to sleep… like burrow so deeply that you wonder how she is getting enough oxygen.  And then she snores like you wouldn’t believe.”

“I love it when she’s naughty… sometimes if she is bored, she will try to sneak a tissue or a sock to play with.   She’ll slink past me while I’m working to take it to the living room where she can roll around on the rug with it.  If I catch her she does the super guilty head-hanging thing, but if I don’t notice she will get to the rug and start flinging it in the air and rolling around with it. Two of her favorite toys are old cardboard toilet paper tubes and used dryer sheets.   She is an absolute doll and I adore her and can’t believe how lucky I got!”

I bet Pepper feels just as lucky as Megan!  You can see more of Megan’s work on her blog.

About Megan Dailor Photography:  Based in Rochester, NY, Megan specializes in photojournalistic wedding photography in Western and Central NY.  She  is accustomed to working in an unobtrusive manner, which results in photographs showing authentic emotion and real moments.