Gus, the Golden Retriever, is super handsome and quite the character.  He joined his favorite people for their engagement photos with Amanda MacPhee Studios in Fells Point, Maryland.  Although it might have been a little rainy that day, that didn’t dampen their spirits.   Gus wore both a bow tie and a Save the Date sign for the photos.

From Caroline:  “Gus joined the family somewhat accidentally. I had gone with a girlfriend of mine to look at these five-day-old golden retriever puppies so that she could get one. While there, I, of course, wanted to hold and play with the puppies. I ended up holding one puppy the entire time – Gus. I made a phone call to Dylan not really giving him a choice to say no that we were getting a dog. Of course, Dylan immediately fell in love with him as soon as he met him. My two best friends ended up getting a brother and sister from the same litter, so the three of them love to play together still.

Gus loves socks. He collects them when we’re not home and has a huge pile waiting for us when we return. He doesn’t chew them, just treats them like his babies.

Gus loves blankets – there was an entire DoDo article written about it.

My favorite moments with Gus are cuddling up on the couch.

Gus was also there when Dylan proposed on the Eastern Shore, so that was special of course!

Overall he is a super loveable goofball.

You can see more of this rainy day engagement session on Amanda’s blog.  Follow Amanda MacPhee Studios on Instagram.

About Amanda MacPhee Studios:  Based in Frederick, Maryland, Amanda specializes in wedding photography.  Not only does she serve the  DC, Virginia, and Maryland area, she is also available to travel. 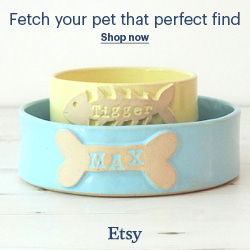