I was  delighted to receive this amazing session from pet photographer Peta Santoro of 100 Loyal Faces.    I am absolutely mesmerized by these photos of George and his sidekick Rory. While these two handsome dogs live the good life now, George, the Greyhound mix was once in danger of being on the kill list.   There is an ethereal feel to these photos, especially of George, that moved me to tears when I read his story and saw Peta’s photos. 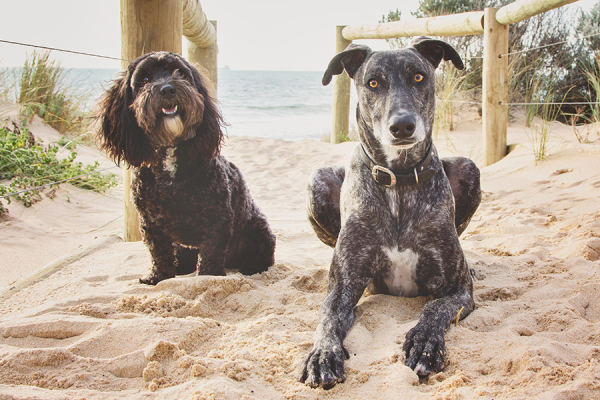 From Peta:  “George was rescued through Saving Animals From Euthanasia or S.A.F.E.  He is around 4 years old and is a Greyhound X. 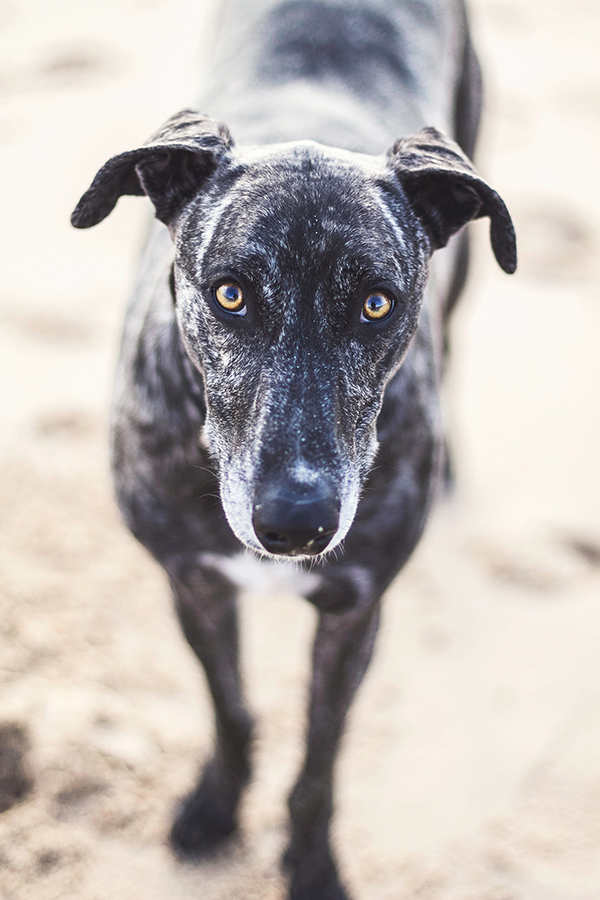 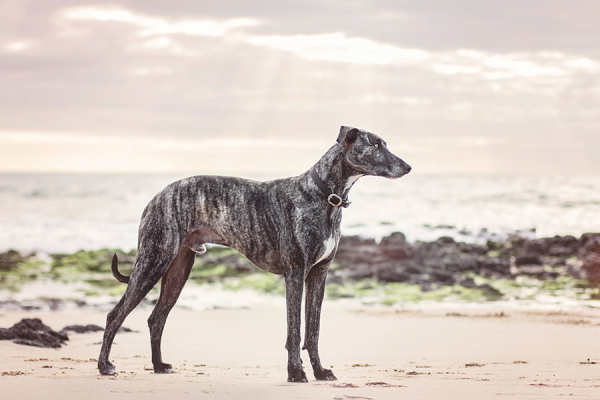 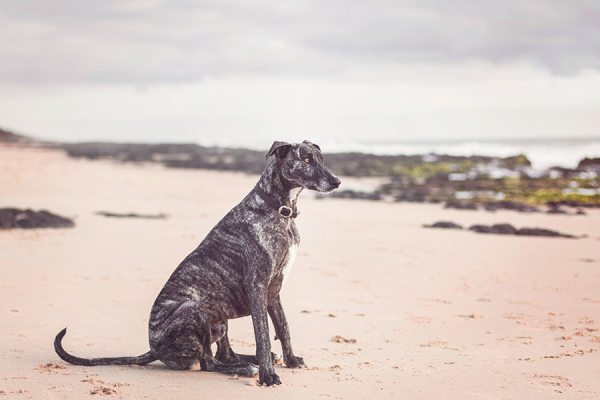 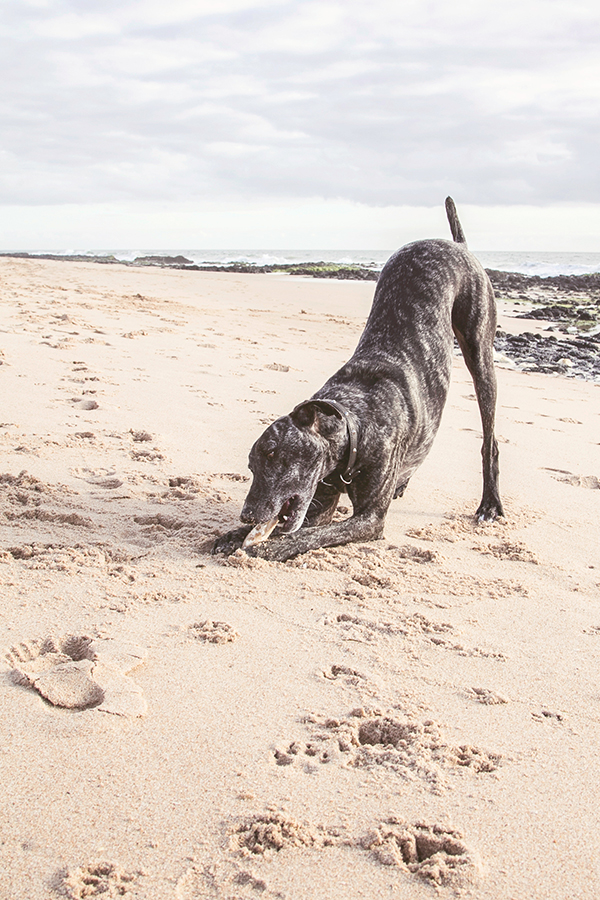 George was amazing to photograph.  Not only was his brindle coat absolutely stunning, but his yellow eyes were completely captivating.  George was one of those dogs that make you think ‘he’s been here before’.  There was something human about him.  Rory was his little buddy and participated in the shoot as well. However I wanted to mainly showcase George given that he exemplifies that rescue dogs can come in all shapes and sizes.” 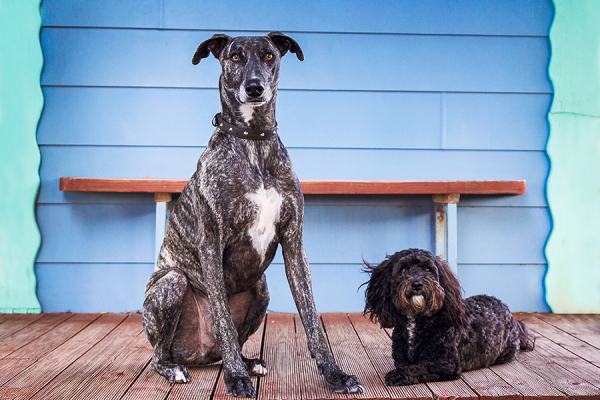 From Mark:  “We have had Rory for two years, and George for a year. We got Rory from a spoodle breeder in Perth, Western Australia, and chose this breed for their temperament and the fact the they do not shed hair, as my wife, Lisa runs a family daycare centre from home. 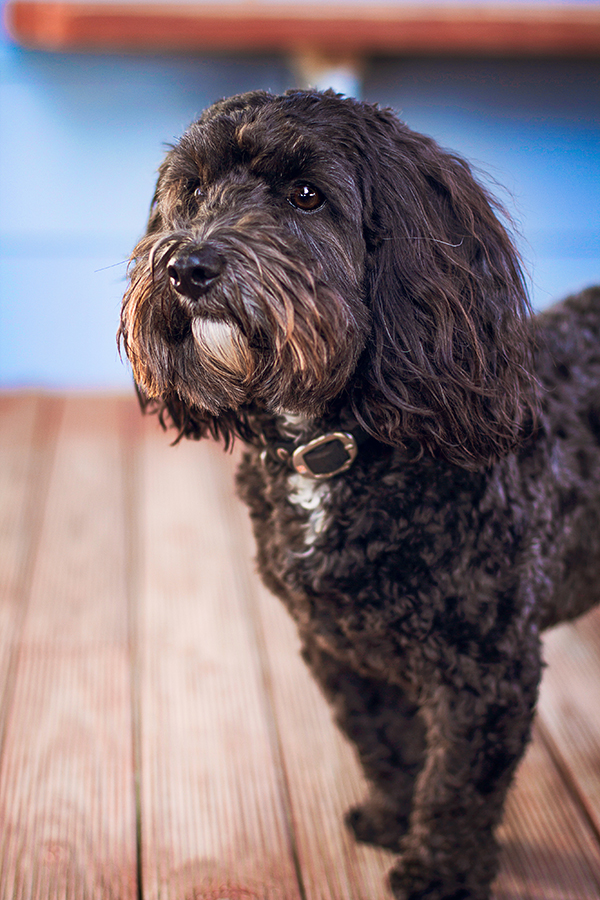 Rory is always full of mischief!! He wants to play fight with everyone in the house including George, us, and our two cats. We know when he wants to play as he nips at our heels when we are walking around!! Rory also has a fetish for underwear and socks, we dare not leave bedroom doors open as he is a master thief, and the next thing we know he is proudly parading in front of us with a pair of knickers, a sock, or some jocks in his mouth!!! I have actually sustained a nasty injury to my toe chasing him once!! 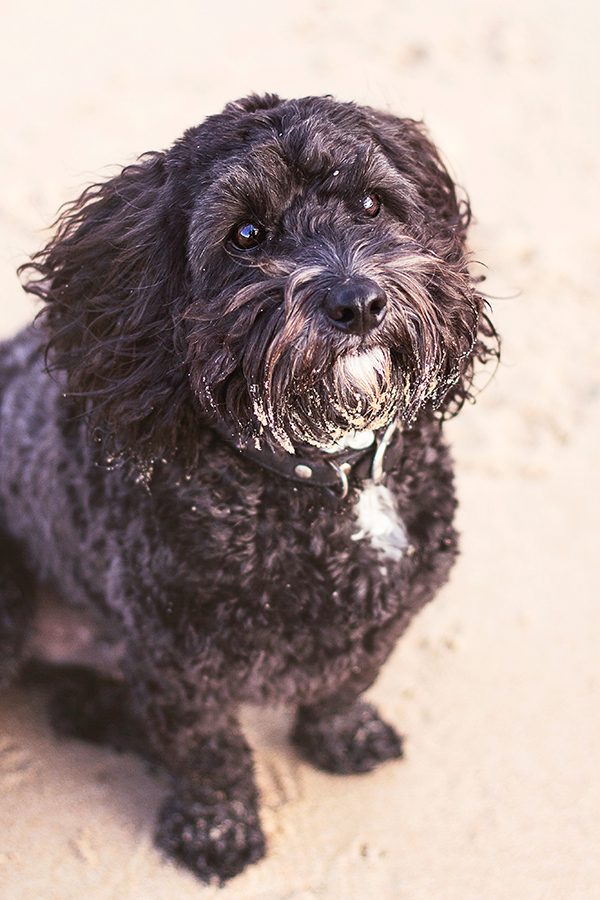 George was a rescue dog.   We got him from SAFE (in Bunbury, just south of Perth, Western Australia).   Both of our dogs are so different.  George is our oasis of calm in the turbulent sea that is Rory!   I have never known such a good natured dog. 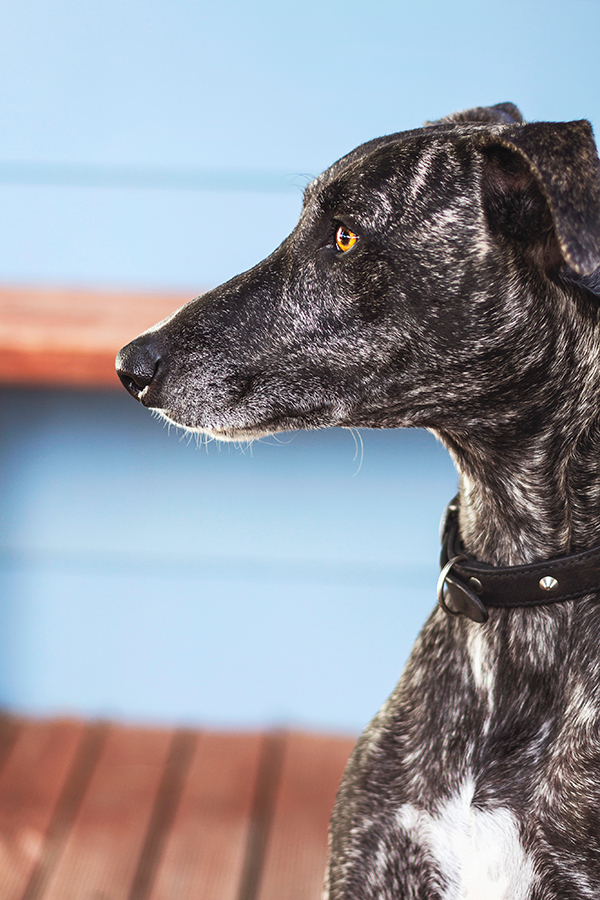 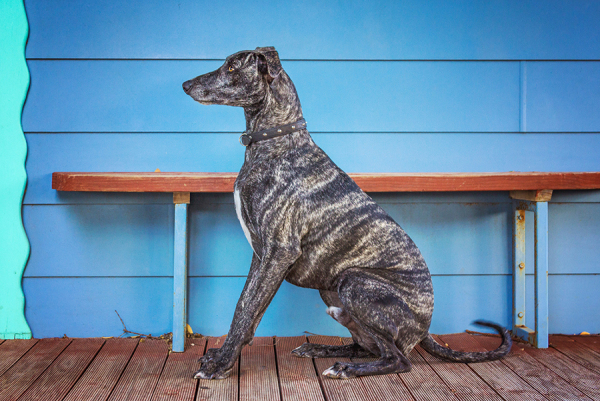 He is so obedient. He is obviously part Greyhound, what else he has got in him is anyone’s guess.   He is the reason we are now involved with SAFE (Bunbury).   I am the President, and my wife, Lisa, is the Secretary.   When we got him we couldn’t believe that such a good natured dog would be surrendered to the pound, but we then learnt the a lot of dogs just as lovely as George ended up at the pound, and if not for fantastic organizations like SAFE Bunbury, would end up being euthanized for no other reason than not having a home.  We started volunteering for SAFE Bunbury and then took the positions we are now doing, and it’s all thanks to George. 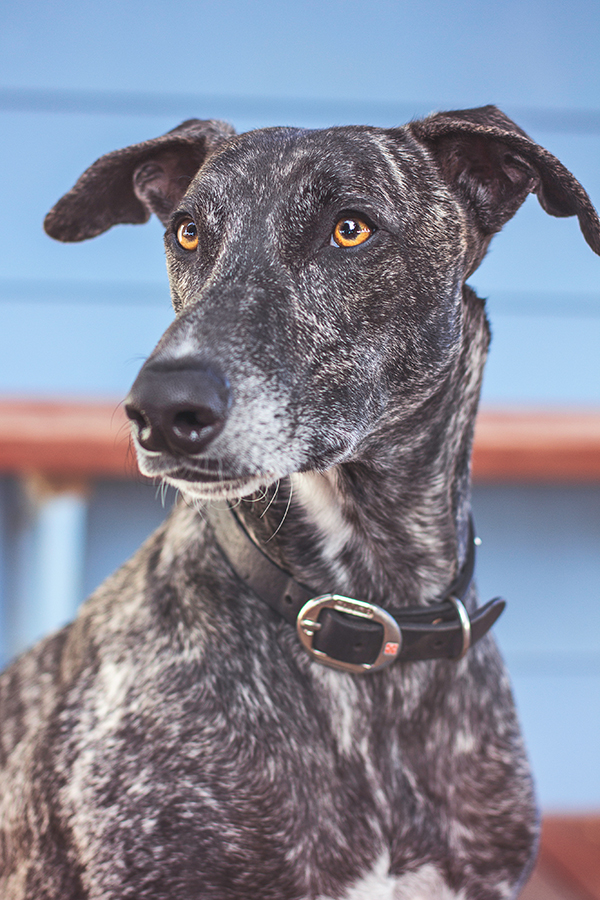 His only downfall is that he is a greedy so and so!!!   He is so food driven it is unreal.  He is always eating our cats’ food.  The other day he planted himself firmly in our bad books for the day. Lisa had made some muffins and left them on a cooling rack in the kitchen, I went to take a shower and George was laying on his bed.   He must have got the smell as when I returned, he had eaten 8 of them, pattie pans and all!!!  He was not popular, and when I was telling him off, you would not believe the sad eye act he put on, mind you it worked as we did not stay mad at him for long…” 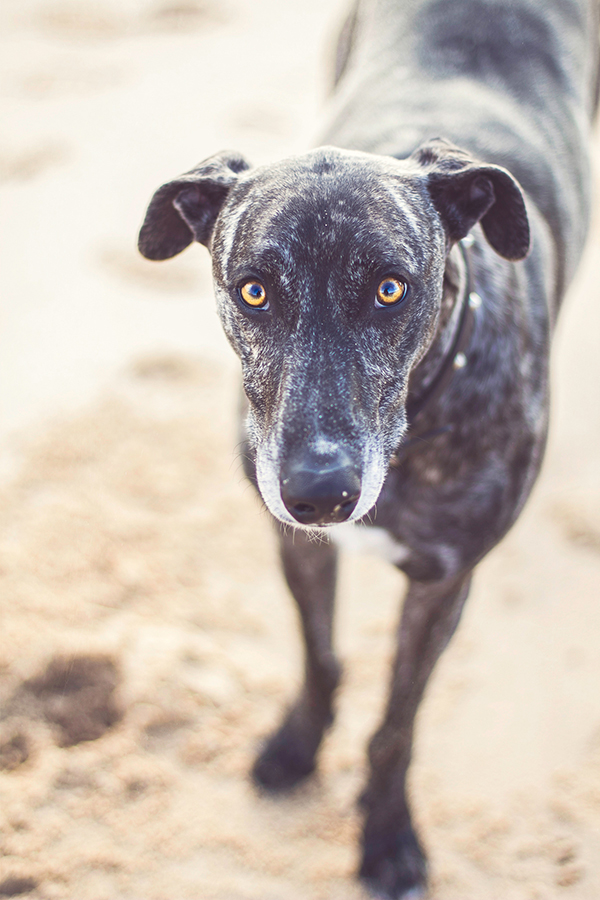 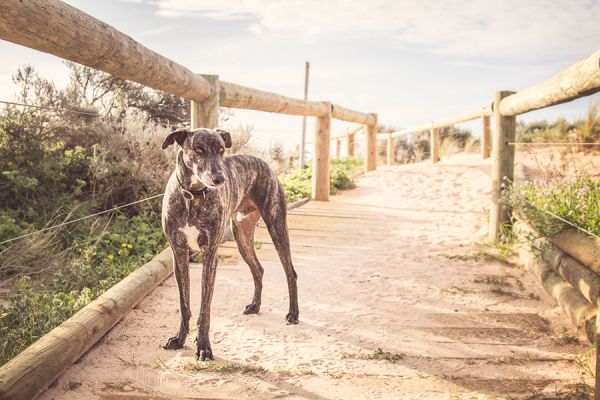 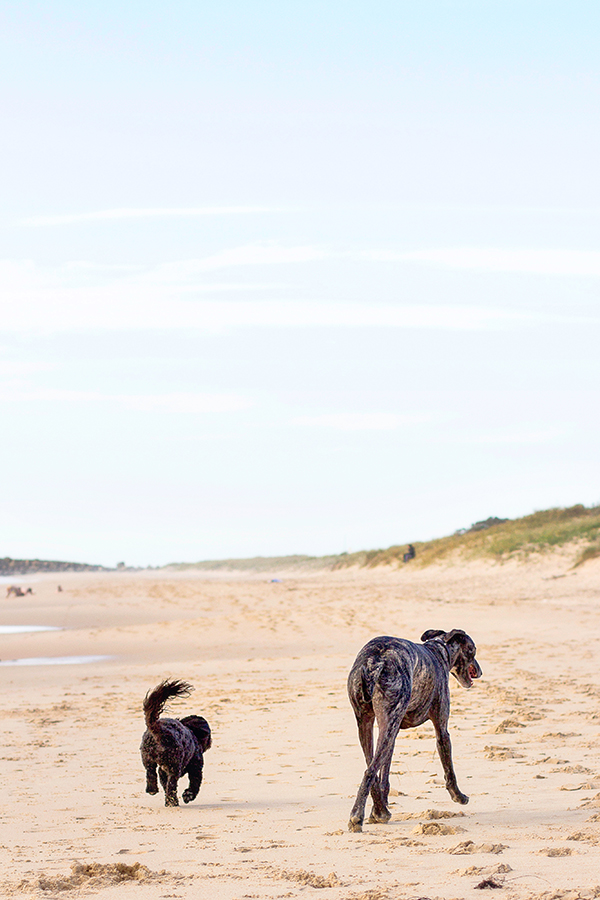 Be sure to follow 100 Loyal Faces Photography on Facebook.  I was pretty excited to discover that 100 Loyal Faces has a terrific product line selling tote bags, posters, throw pillows and a variety of prints with a portion of her sales donated to S.A.F.E. and  Labrador Rescue.

Peta has also donated the use of her images in a 2015 weekly planner by Paws For Charity.