In February 2011, Christchurch, a city in New Zealand, was hit with a deadly earthquake.  Every disaster leads to stories of sadness, bravery, and heroes.  Author Laura Sessions and photographer Craig Bullock teamed up to create Quake Dogs, a collection of stories and beautiful photographs that focus on the dogs affected by the earthquakes of Christchurch.  Some of the proceeds from the book go to HUHA, the national organization that works to rescue and re-home animals around New Zealand.  HUHA successfully relocated at least 70 quake dogs. 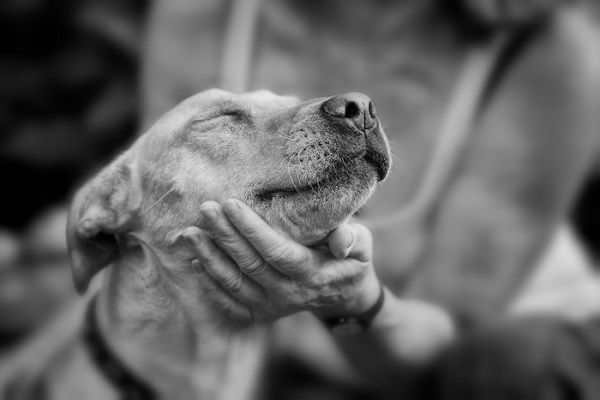 I can only imagine the hope that hearing an USAR (Urban Search And Rescue) dog bark brought those who were trapped under the rubble. 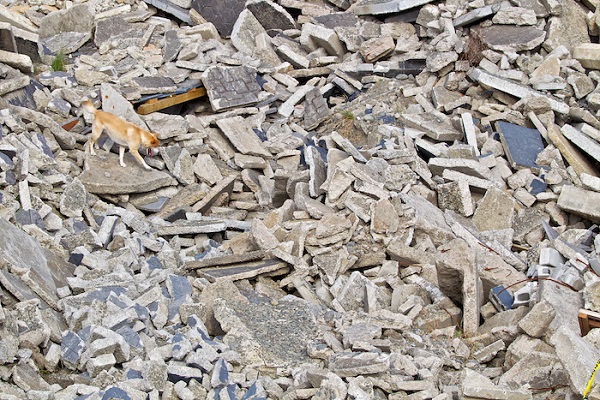 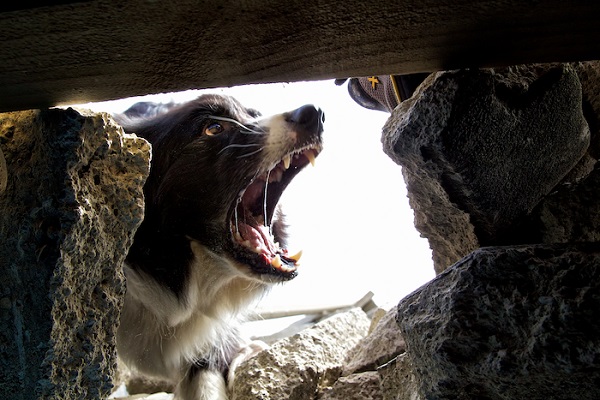 Many dogs provided comfort to their loved ones during the earthquake,  although some panicked and ran away. Others were injured and found by strangers who footed the vet bills.  There is a dog who alerts the family to aftershocks before the humans can feel them.  I am allowed to share this excerpt from the Quake Dogs regarding Guinness. 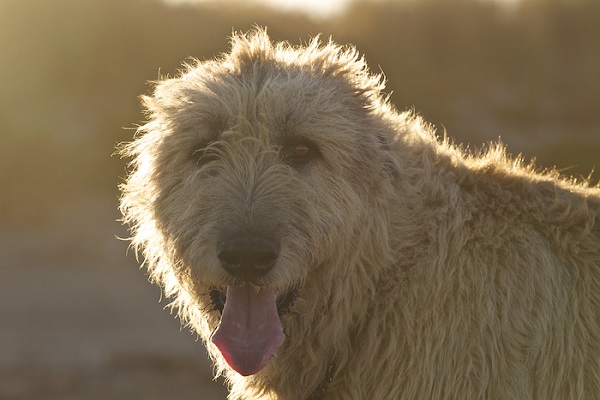 “Guinness, a six-year-old Irish wolfhound, is named for his “creamy top and big body” rather than his drinking abilities.   However, on Friday afternoons, he used to be found at the Carlton Club, where he downed a pint of beer in under a minute.   After his pint, he would lie on a mat by the front door, where everyone who entered had to step over his not insignificant 80-kilogram body.

Guinness’s owner, Sean, describes him as a ‘magnet,’ which can be handy for meeting people at the pub on a Friday night.   But for the first five years of Guinness’s life, this magnetic personality was seldom obvious, as he had a daily routine where everyone en route was used to seeing this monster of a dog. 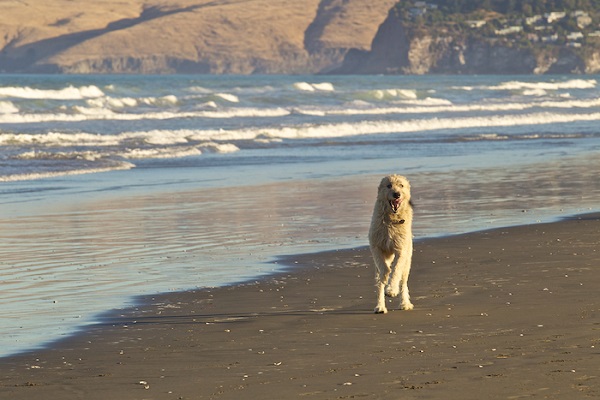 After February 22, though, when everything in Christchurch was tipped upside down and no one had their “old” routines any longer, Guinness became a source of amusement, distraction, and entertainment as he met new people around the city.

Sean and Guinness spent 22 days after February 22 helping residents of the hard-hit eastern suburbs clean up liquefaction and make their homes and roads liveable again. Guinness’s main role was to get residents’ minds off the quakes because as soon as they saw him, they had something else to talk about.

He gave people a break, a reason to laugh, and for anyone under five years of age, their first-ever dog ride. 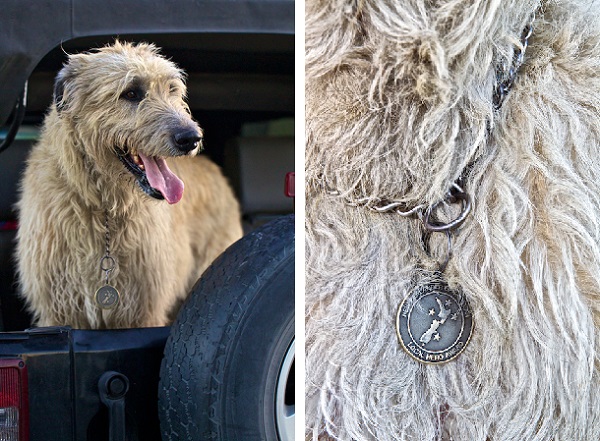 Guinness became such an important character in the clean-up that he was delegated as the unofficial mascot for the Student Volunteer Army and given the honourable title ‘Earthquake Dog.’   Sean printed his title across the side of his black Jeep so that everyone who saw Guinness with his head sticking out of the back would know who – and what – he was.

Guinness also used his charisma and unusual appearance to help Sean wrangle some free gear to donate to people in the east.   Together they distributed over 800 shovels, 230 wheelbarrows, and 1,100 bottles of water.

After the earthquake, Guinness and Sean took a road trip to the North Island to thank everyone for all of the things they donated to Christchurch, and along the way, they also visited schools to talk about the value of volunteering.   The children only had a few questions about the earthquakes or volunteering because they mostly just wanted to know more about Guinness.

Shortly after the first anniversary of the February quake, Guinness received a medal for being a local hero, a section of the New Zealander of the Year awards presented annually.   Sean now has a new job at a construction company, and Guinness spends most days snoozing in the back office and enduring the stares and questions of intrigued clients.”

Here are some of the other dogs featured in Quake Dogs, but you’ll have to read the book to learn their stories. 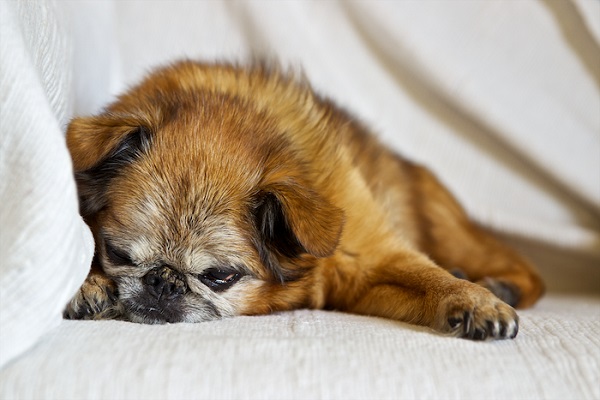 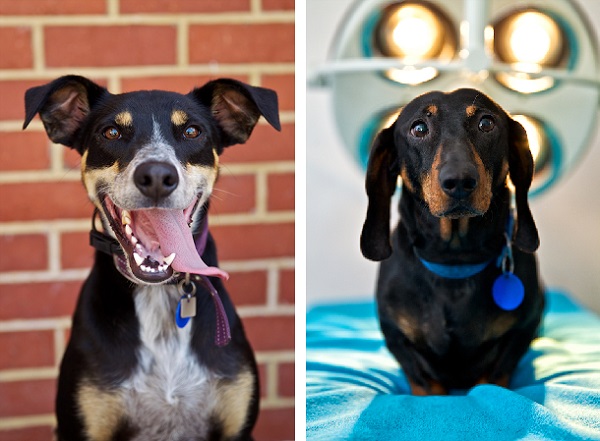 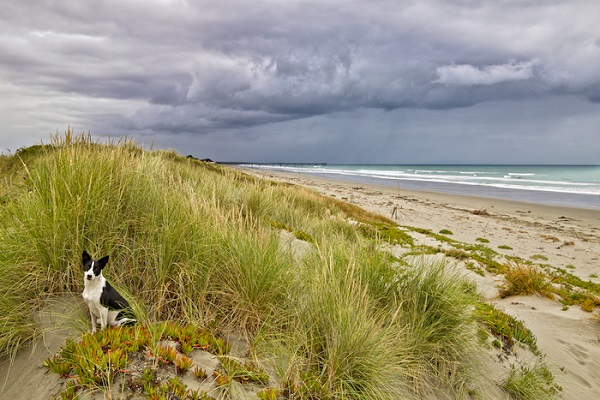 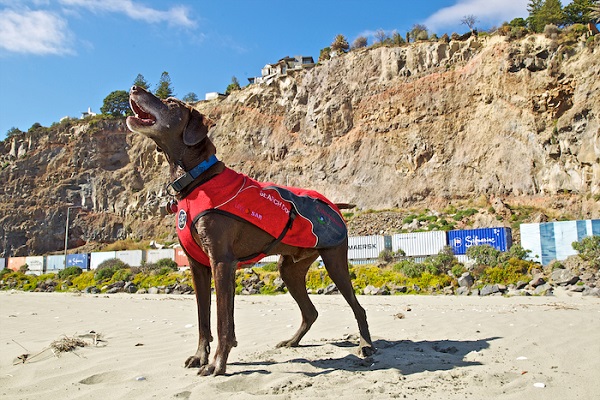 About Furtography:  Based in Christchurch, New Zealand, Craig Bullock is a pet photographer who is happy to travel.   As a pet photographer, Craig creates lasting memories and beautiful art pieces that capture his subjects’ unique personalities. Craig has recently had his second book, Quake Cats, published.  As an advocate of animal rescue, Craig volunteers his services for K9 Rescue & Rehoming.