This post is sponsored by The Animal Farm Foundation and the BlogPaws Professional Pet Blogger Network.  I am being compensated for helping spread the word about the The Majority Project, but Daily Dog Tag only shares information we feel is relevant to our readers.   Animal Farm Foundation is not responsible for the content of this article.

Not long ago I learned about The Majority Project, and I am so excited to be a small part of it! The Majority Project is all about showing Pit bulls as they are:  lovable members of the family, just like any other breed. Dog photographer Alice G Patterson of Loving My Company and I wanted to help spread the word, so Alice put out a modeling call.  We were thrilled when sisters Heather and Kristen responded.  I think you’ll agree that Alice’s photos show that Pit bulls are beautiful, loving dogs! 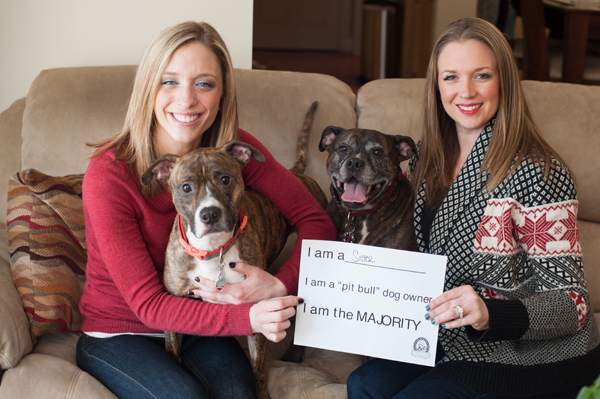 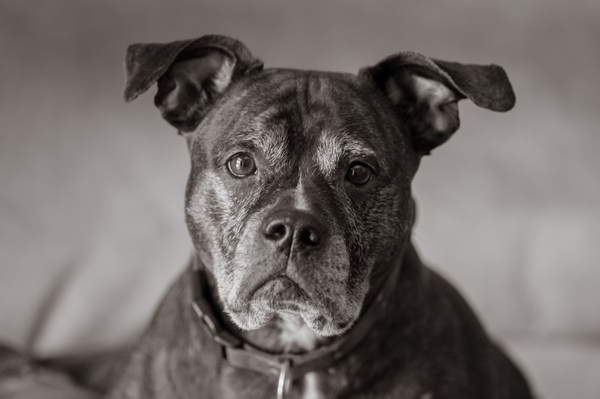 From Kristen:  “Daisy just had her 9th birthday on Feb 8th.   She is my 75-pound lap dog!  She loves cuddling with us on the couch and cuddling with her sister Aria.  Daisy also loves running around in the snow and trying to eat it.  The only toys she is allowed to have are marrow bones because last year, she needed major GI surgery after ingesting stuffing from soft toys. 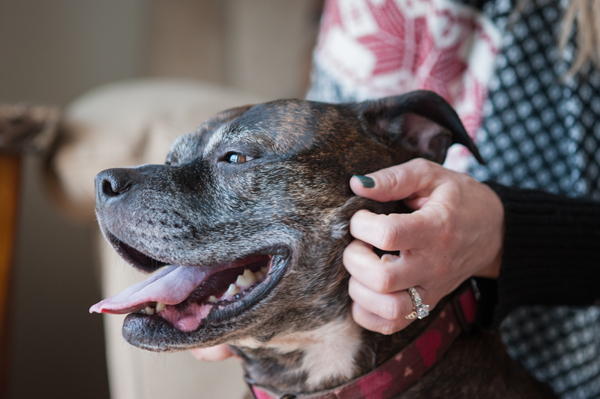 A month after her surgery she was back to normal playing around with her sister Aria.  There are certain people who are alarmed by Daisy due to her breed and size but I always tell them just to say hi to her and pet her, all she wants is a little love!  People need to understand it’s not the breed of the dog that they need to worry about, it’s how these animals are raised. 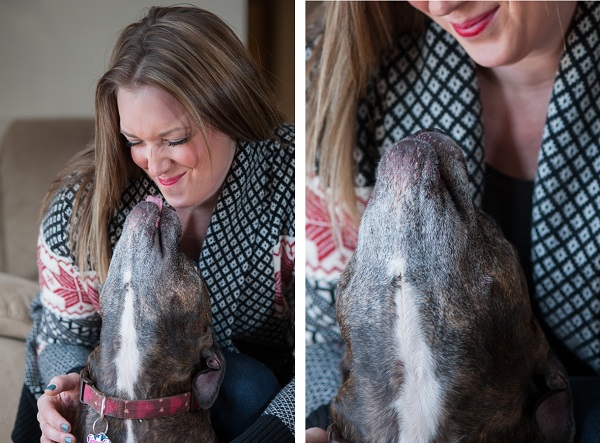 Daisy was raised to be a lovable, cuddly dog, and that’s exactly what she is!” 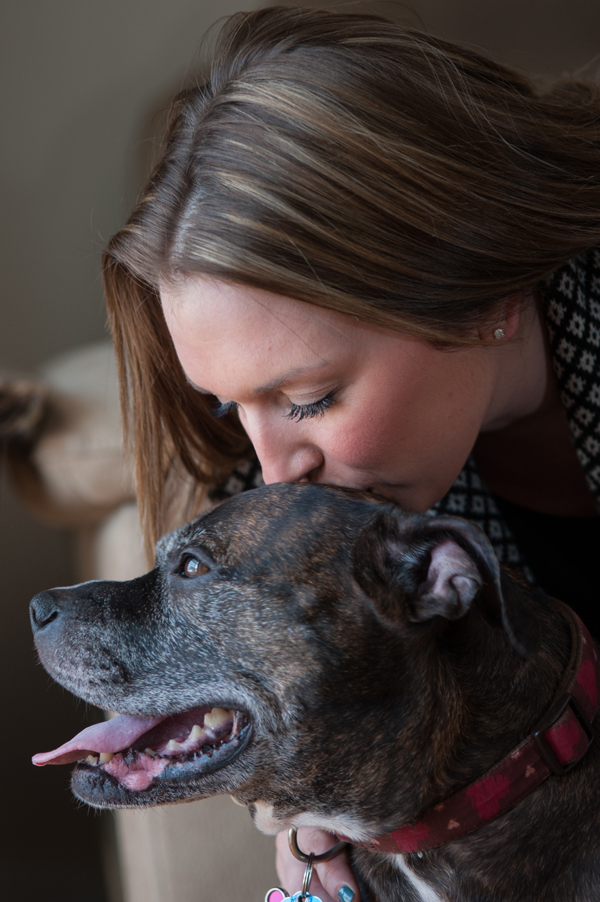 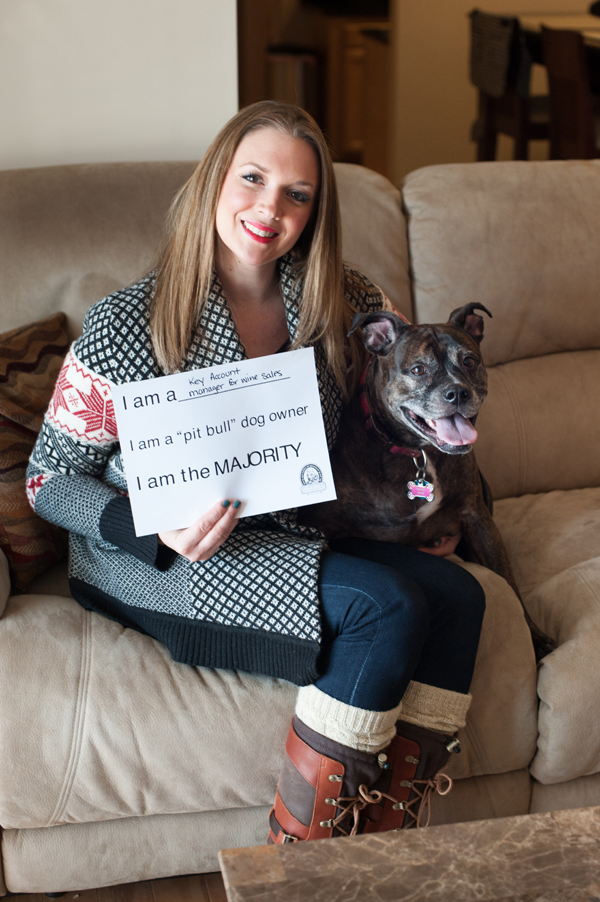 From Heather: “Aria is a 3 and 1/2-year-old Pit Bull.  She likes to play with her sister Daisy and cuddle up next to her.

Aria’s favorite toy is her tuffie which is an indestructible frisbee, and she loves to curl up in blankets! 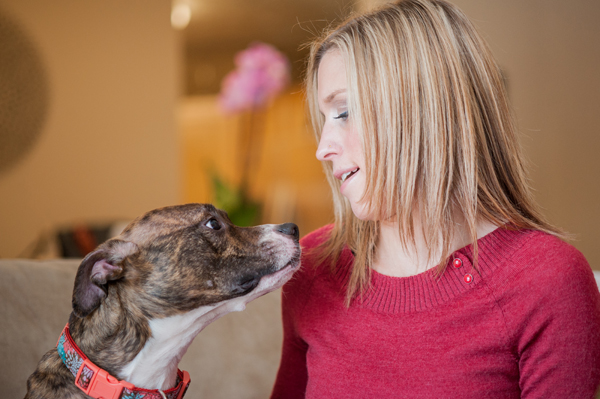 When asked what kind of dog I have, I get mixed emotions.  Some people will rave about how good Pit bulls are, how they have two at home, and are not a bully breed. 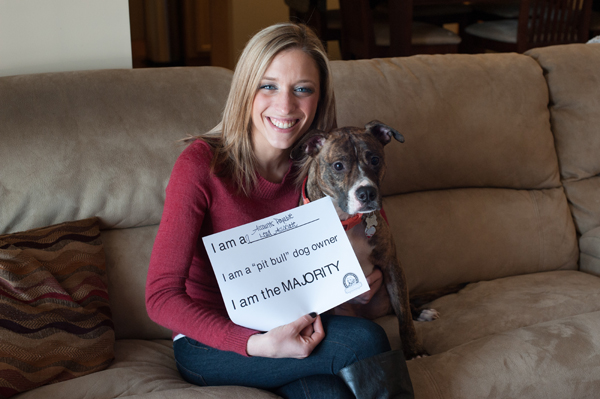 The other half of those people believe in the bully breed myth and will sit on the other side of the waiting room at the vet’s. 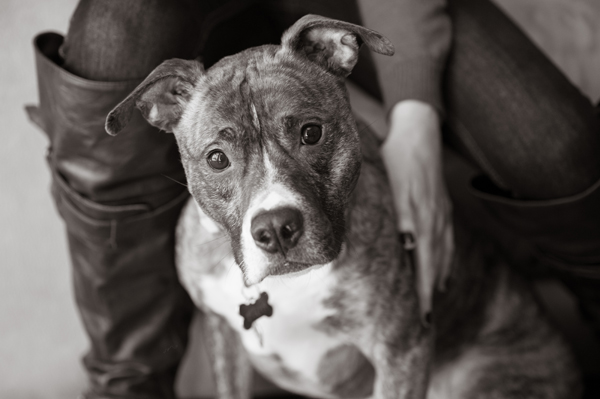 Aria is the most precious dog I’ve had, and she is my heart.” 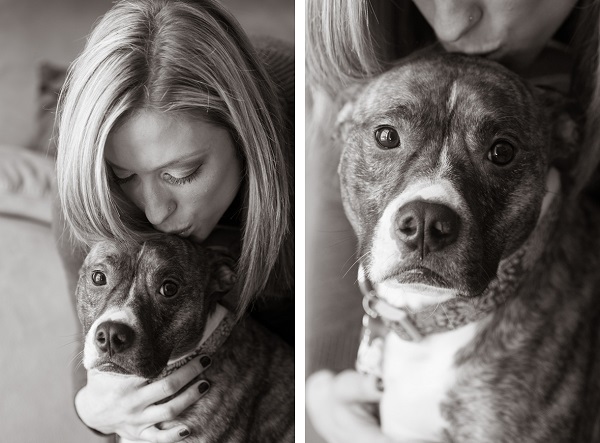 Animal Farm Foundation has teamed up with actor and pit bull advocate Jon Bernthal to bring this public service announcement to bring attention to the Majority Project.

If you have a Pit bull or just love Pit bulls, please print and personalize an “I Am The Majority” sign and submit a photo to support the Majority Project.

It is sad that Pit bulls are largely maligned by the media and are on the receiving end of prejudice and even laws that prohibit them from living in certain places.  Pit bulls are discriminated against by some insurance companies, some landlords and, sadly even some cities. Breed Specific Legislation does little to keep people safe from dog bites because the problem does not lie within a dog breed. The problem lies with the irresponsible people who do not train their dogs to be loving, safe pets.

Animal Farm Foundation, Inc., a not-for-profit corporation, has been rescuing and re-homing animals, as well as making grants to other humane organizations, since the mid-1980’s.

They currently dedicate their resources to securing equal treatment and opportunity for “pit bull” dogs.  Whether the dog is called a “pit bull” because of a documented pedigree or merely on the basis of physical appearance, recognizing that these dogs are individuals for whom we are responsible is an integral step toward a compassionate future for all dogs.

About Alice G Patterson Photography:  Based in Central New York, Alice specializes in dog photography, portraits, and product photography for small business owners, as well as senior portraits.  She has 3 dogs of her own and is a passionate animal advocate.