Once again, I’m participating in one of my favorite blog hops, Blog The Change For Animals.  All the participants have chosen a topic which they feel passionately about to help make the world a better place for animals.   I hope you will take the time to read some of the other posts from this blog hop.  Together we can make a difference!

Candice Thies from Sweet Rocket Photography sent me these photos of Ginger, a Beagle who was used in testing but now thanks to Beagle Freedom Project  is finally free to live a better life. 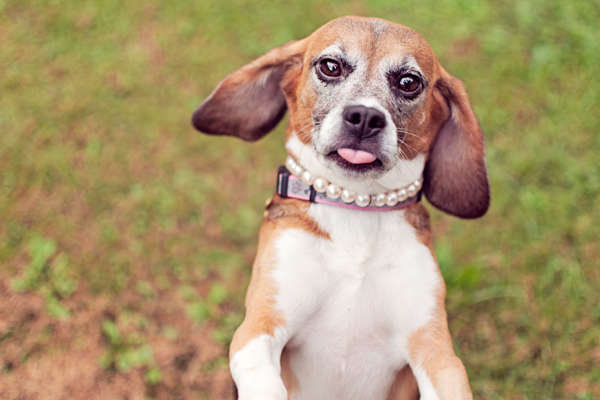 “The smell is wonderful.  My lungs expand and contract to inhale more and more.  I run.  I run and don’t stop.  There is nothing that can stop me.  I’m free.  My heart is pounding out of my chest.  Come on.  Let’s run together.” 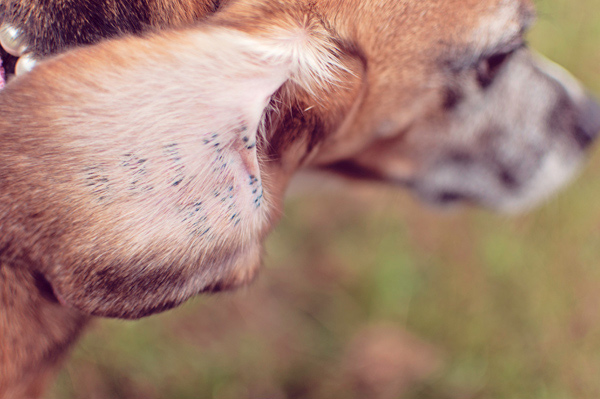 From Candice and Joshua:  “I can only imagine that’s how Ginger (previously 021142) felt after Beagle Freedom Project (BFP) negotiated her release with a Memphis based animal testing facility.  Earmarked and raised in captivity from a pup, she was now in a new alien world where everything was vibrant and colorful.  BFP negotiates and facilitates the anonymous release of incarcerated Beagles from animal testing labs to fosters, and eventually adopters, to rehabilitate and give them the life that they deserve.  BFP wants to eliminate animal testing but is willing to work with labs to prevent them from euthanizing Beagles after they are done ‘testing.’ 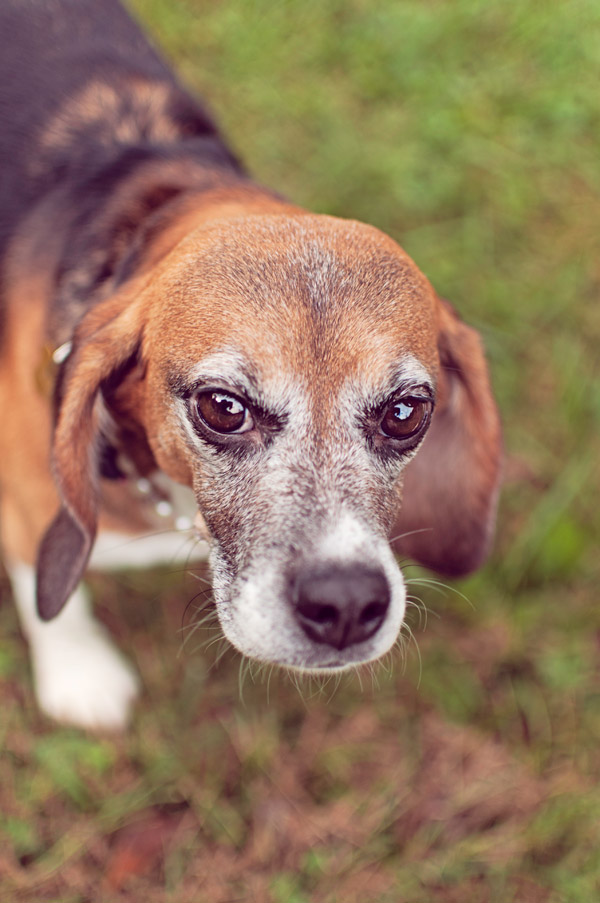 Shortly after fostering Tommy (of the DC7), we were called upon again for fostering another East Coast release.  Tommy changed our lives in more ways than we could have imagine; so, we knew we wanted to participate again.  Of the seven released in Memphis, a sweet little girl (Ginger) picked us from among the potential fosters. 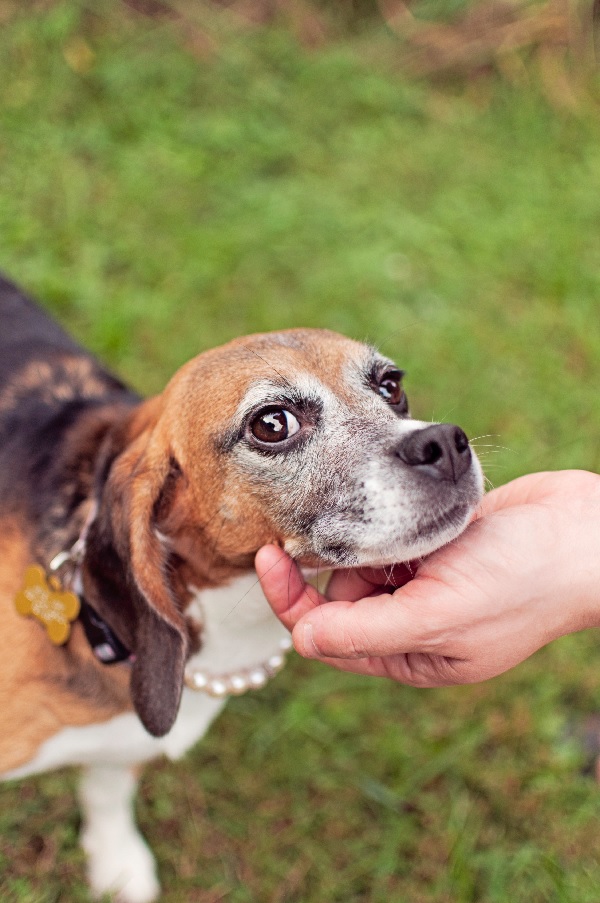 Ginger, 4.5 years old was malnourished and her skin was in poor condition.  She had given birth to a litter within the past few months.  Prior to release, she was spayed.  She was also unable to bark and has a, possibly related, breathing disorder.  Almost all labs debark the dogs so they are not able to bark or whimper during testing or while in the cage.  Other health problems can be attributed to this procedure. 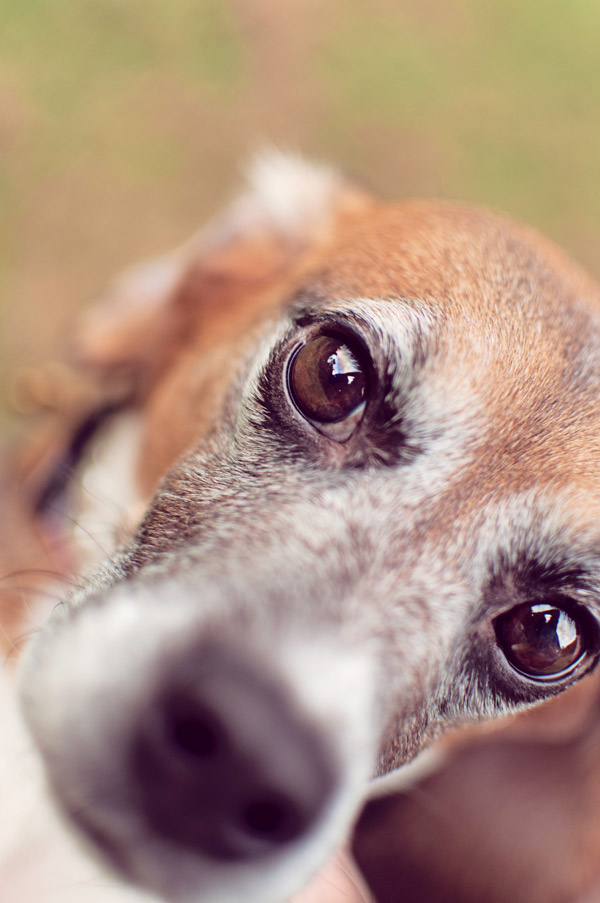 The transformation from feral to domesticated is a a heartbreaking process.  She had to learn banal tasks, such as: eating and drinking out of a bowl, walking on surfaces other than a cage floor, going through doorways, and sleeping in a bed.  Thankfully, her learning was accelerated with the help of  her new canine companions. 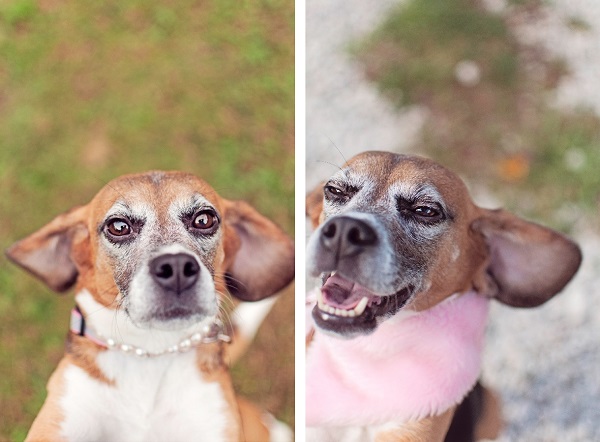 After fostering Ginger for a few weeks, she had placed her paw print firmly on our hearts.  She felt so at home that we decided to let her live out the rest of her free life with us.  It must have been kismet because she was born on our wedding anniversary.  She has learned to go up steps, potty outside, and play with toys; but most of all she has learned what love is.  She still has her foibles but they only make her that much more adorable.”

You may recognize three of Ginger’s pack, Kobe, Avalanche and Affinity, my three favorite doxies!

Here are two EASY ways you can help Beagles like Ginger who are still being used for testing:

1. Sign this letter. 2.  Look for the Leaping Bunny when you shop!  Support cruelty free companies.

About Sweet Rocket Photography:  Based in Stanton, Kentucky, Candice is a portrait photographer specializing unique and whimsical portraits of pets and children.  She has 3 Dachshunds, a fox hound/Beagle mix and now Ginger from the Memphis 7.