My personal experience with pets is that they make life better. And sometimes, they make it a little more interesting or complicated than you want, just like kids or spouses.  Guava, the Maltese, looks like a little angel, but he has a mischievous side too. These gorgeous dog-friendly engagement photos were taken in Honolulu by Melissa of VIVIDfotos. 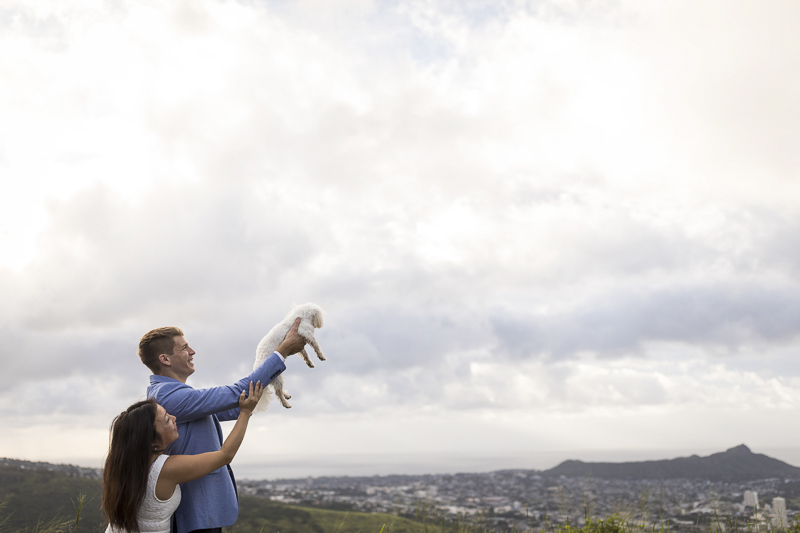 From Melissa:  “Valerie and Ben decided to bring along Guava for their engagement photo session because it just wouldn’t be complete without their fur baby. Guava was such an adorable white fluff ball, and he was like a lil model posing for photos! 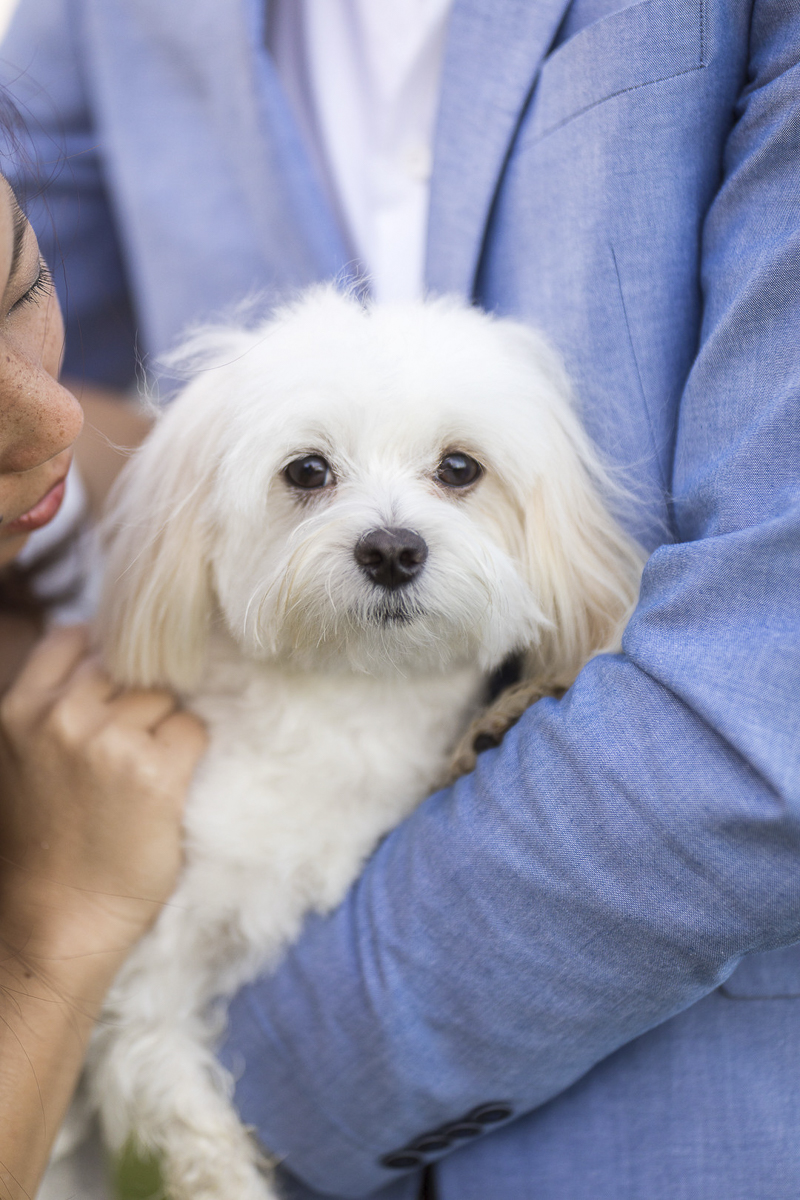 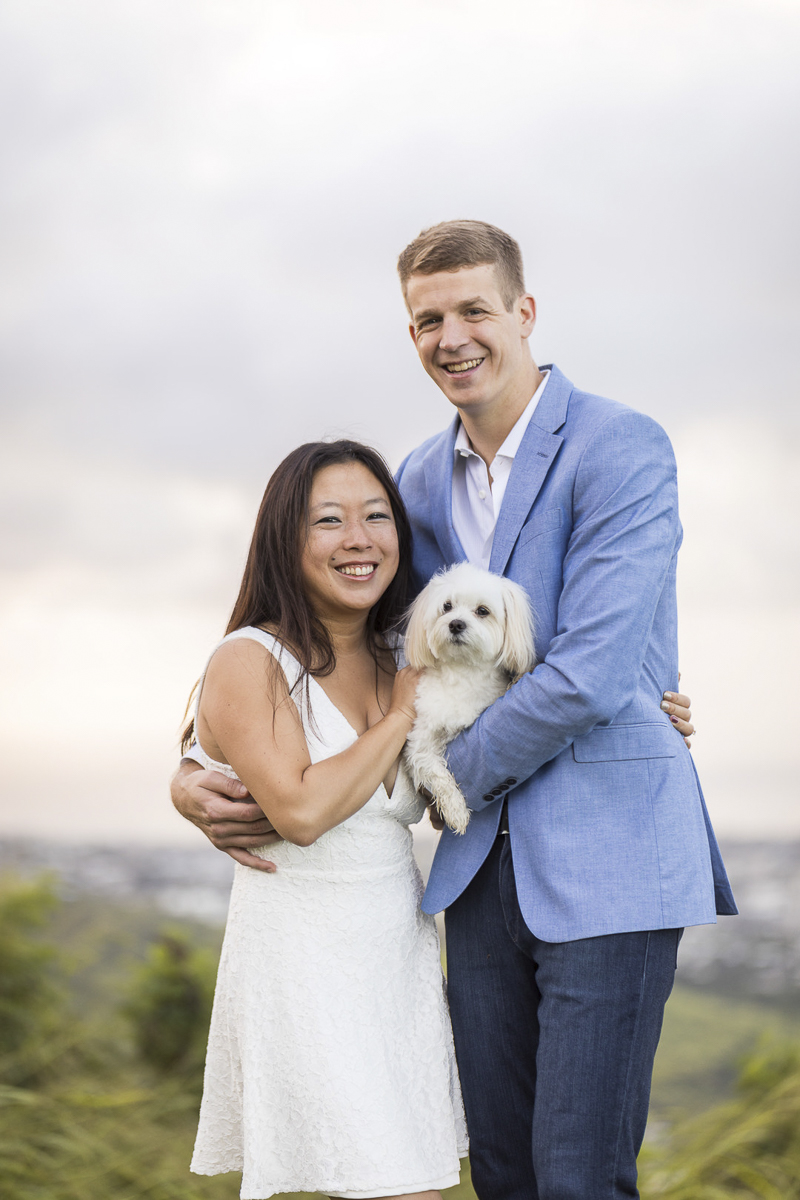 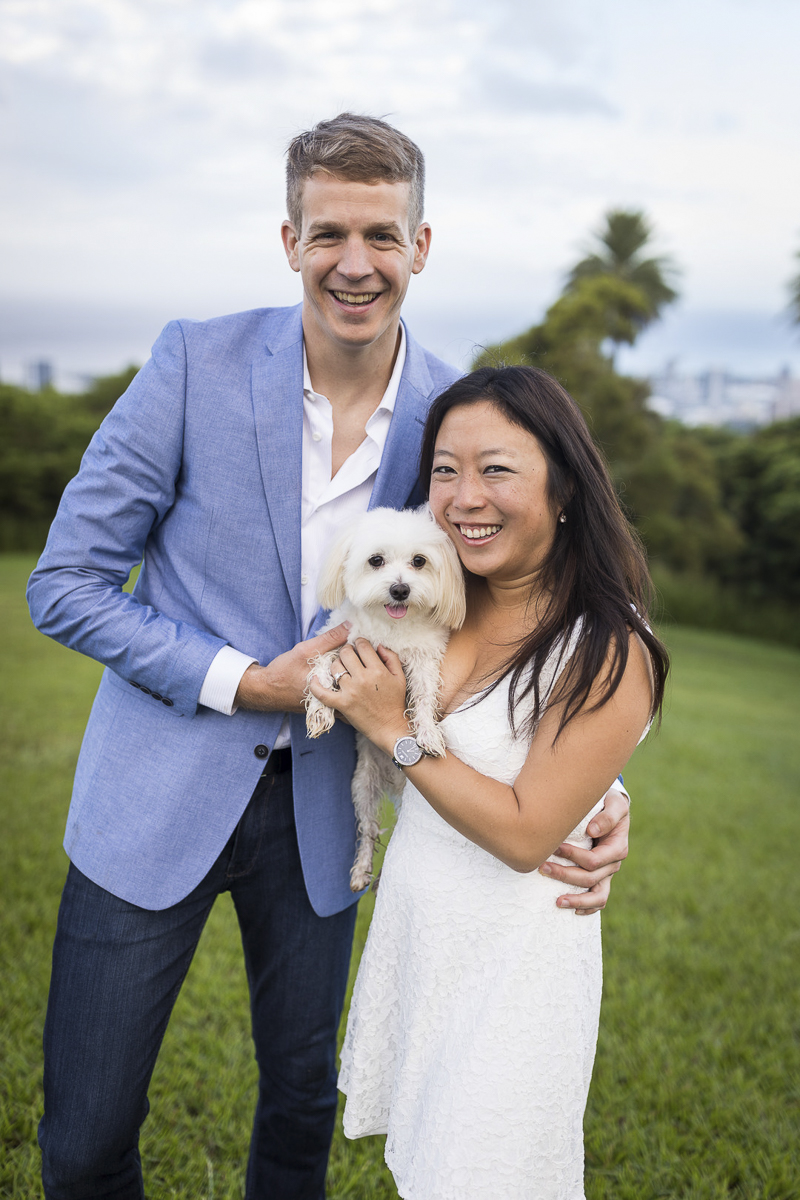 They did some cuddly photos together and then let Guava explore nearby while they continued to shoot. Everyone noticed that Guava was rolling around and his beautiful white coat was turning quite brown. The humans giggled at him having an amazing time like he was a lil pig in mud! Then as Guava approached, so did the smell and all at once, they realized that Guava had, in fact, rolled around in another dog’s poop! 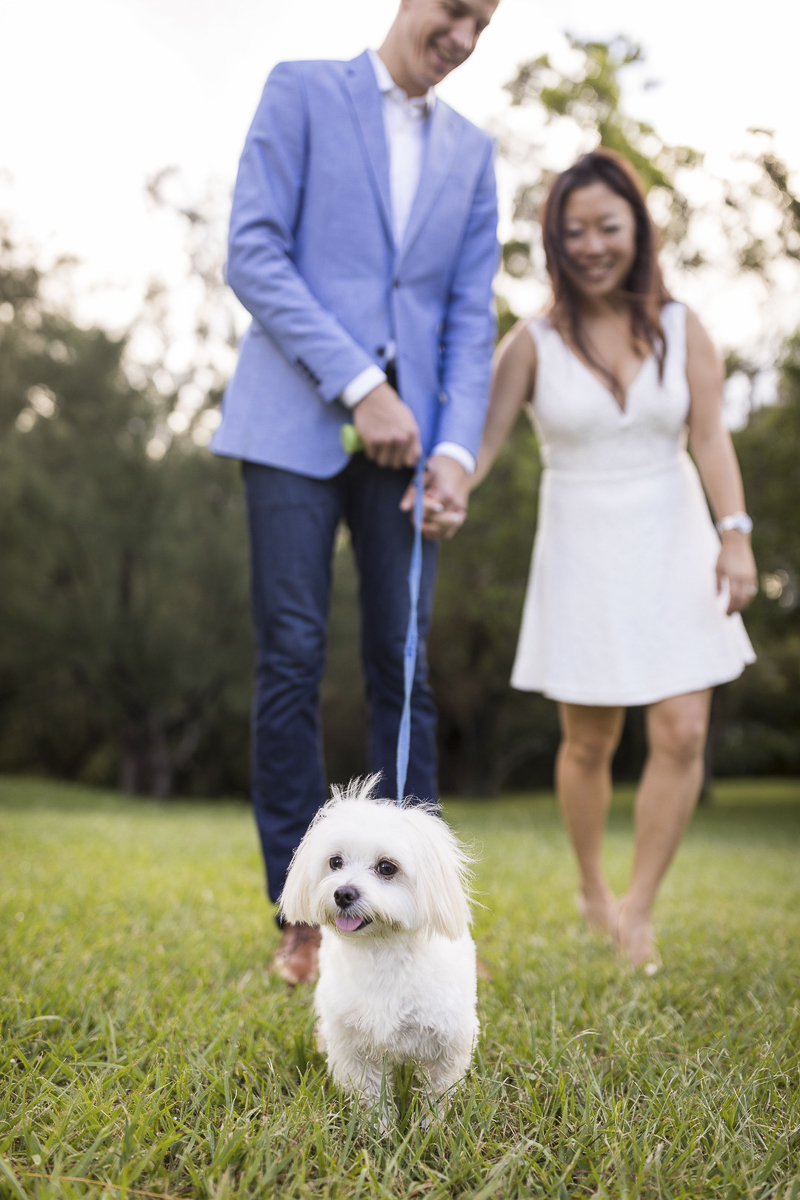 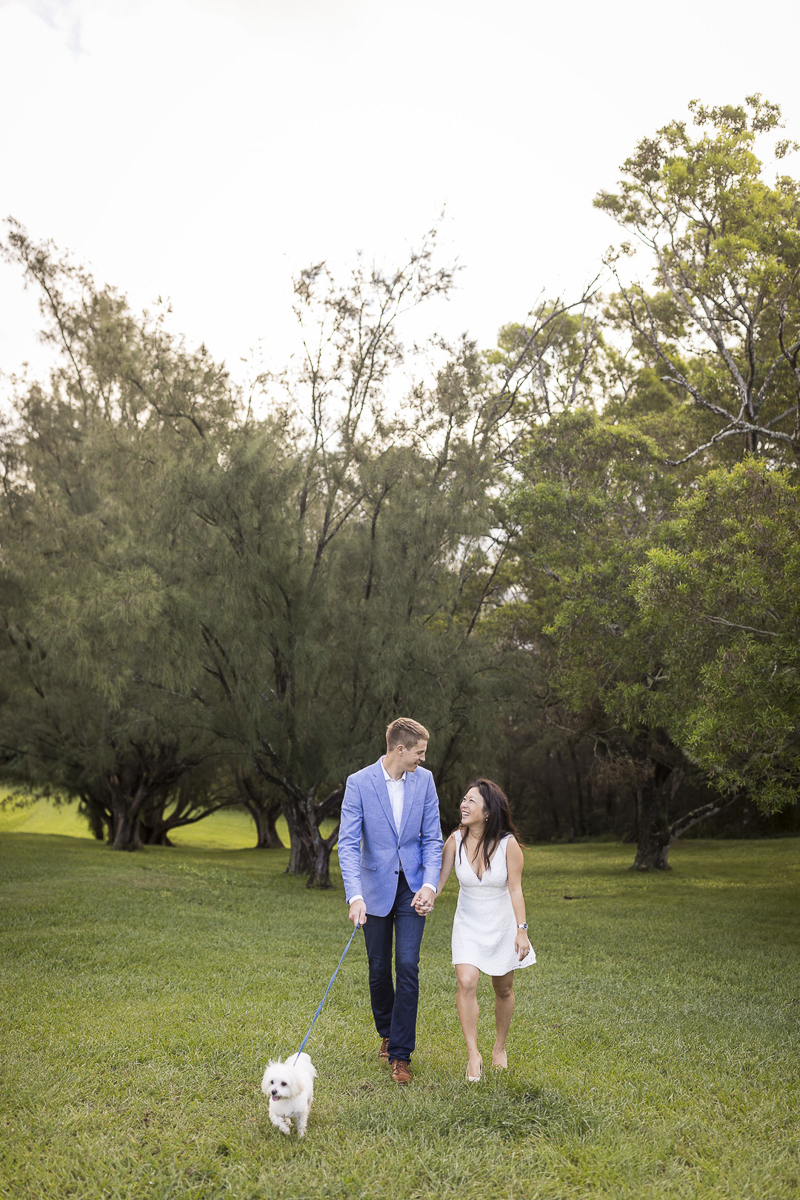 The humans were shocked and slightly amused as Valerie and Ben exclaimed: ‘this has NEVER happened before!!!’ Everyone laughed, and they took Guava home and gave him a nice warm bath, and he came out just as adorable as ever!” 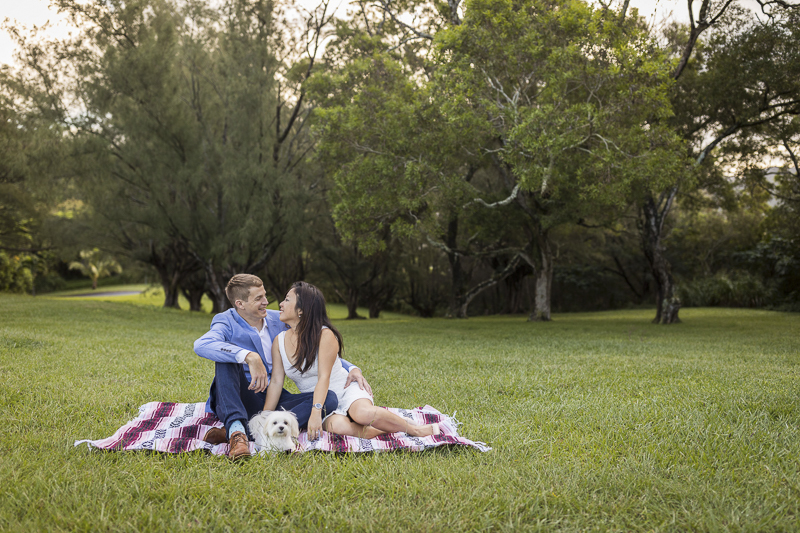 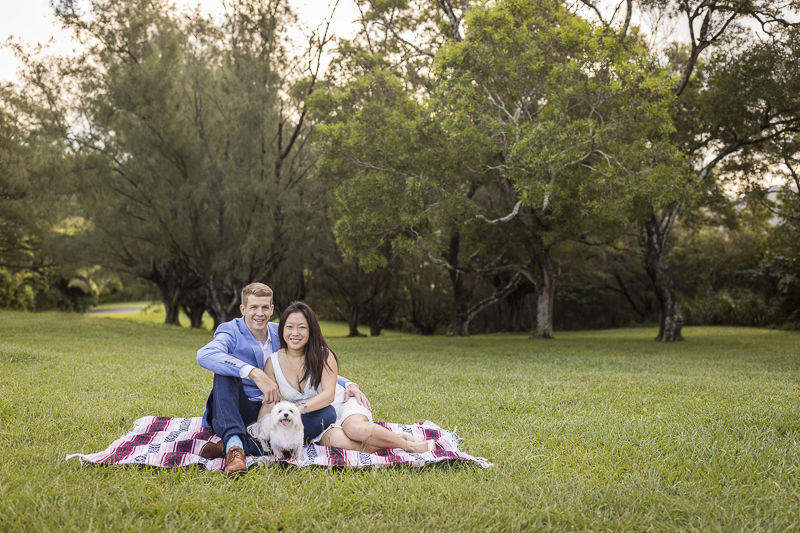 About VIVIDfotos:  Based in Waipahu, Hawaii, Melissa and her husband, Balbino, specialize in wedding photography.  They are available for destination weddings.  VIVIDfotos also offers cinematography.